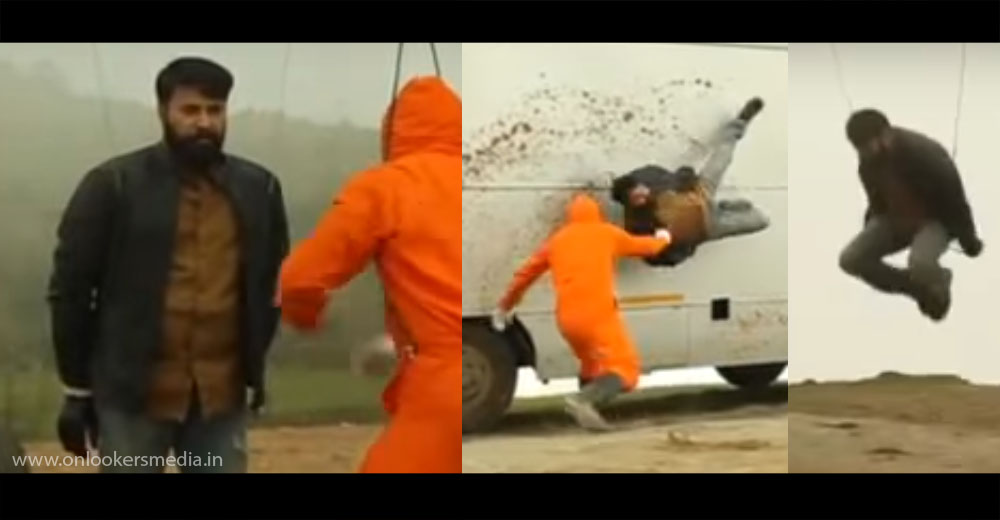 Mammootty starrer The Great Father has successfully entered it’s third week of theatrical run. The movie was released on March 30 to extraordinary response from the audience, registering a new record in the Kerala box office for the initial day collections.

Mammootty’s stylish looks and mass appeal did wonders for the movie. He played the role of David Ninan in this revenge drama, directed by newbie Haneef Adeni.

The movie was a product of unprecedented hype. Prior to the release, there were reports about Mammootty performing a risky stunt sequence for the climax portions. Actor Arya, also one of the producers of the movie, was the first to spill beans about the climax stunt. He was amazed by Mammootty’s dedication and energy to perform stuns at this age without any body doubles.

The movie’s climax features an one on one fist fight between Mammootty and the masked serial killer. The team have now released a making video of how the fight sequence was canned. The 65 year old actor is seen jumping and flying with ropes tied to his body. It is incredible that a veteran actor is willing to go to any extent to perfect the scene.

Here is the making video of The Great Father climax stunt sequence.