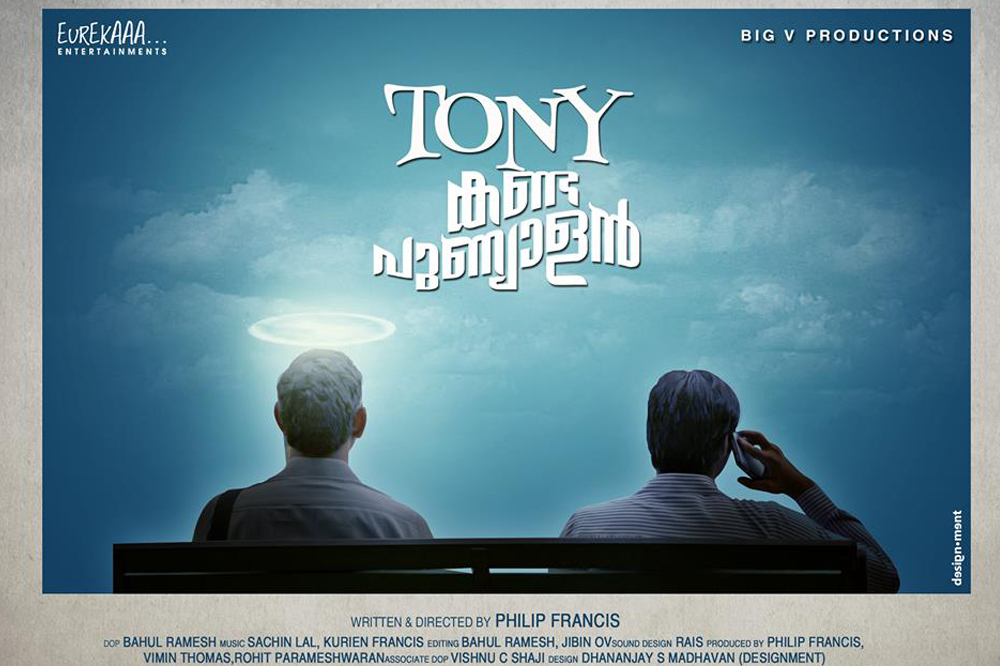 It is a real life story depicting the fast paced lives of young IT professionals in Kerala’s most happening city Cochin. The movie also captures the landscapes and extravagant beauty of Fort Cochin. Tony, the protagonist is a rich young IT professional who after a week’s long toil wants to party hard with his friends. Peter a blind Christian pastor who helplessly waits for assistance for crossing a road.

Tony happens to meet Peter on the way to his Friday night party. They start talking and soon find their real lives are quite the opposite.The contrast of lives of both these individuals mixed with an unforeseen happening puts together an enchanting story of reality, suspense and displays different perspectives of how people value money.

Behind the scenes cast and crew.

“A dream is accomplished”
Tony Kanda Punyalan is a long stood dream 1st short film for director, writer and producer Philip Francis, a mechanical engineer working in a company in Goa.It was released in YouTube on November 8th and co-produced by Vimin Thomas and Rohit Parameshwaran.

Tony Kanda Punyalan stars Rohit Parameswaran as Tony, Jacob Jherald as Peter, Sheren Balakrishnan, Kurien Francis, and Philip Francis in other significant roles. Bahul Ramesh handles the camera making sure the scenic beauty of Fort Kochi is captured to the fullest. The music for the film is youthful and refreshing composed by Sachin Lal who has also done the title track “Pakana Pakana Na Na Na” sung by Mohammed Shafeel. Editing is done by Bahul Ramesh and Jibin OV.

This film is a result of continuing and passionate interest of young working professionals in cinema. It is a start to many other such short and longer movies by this team. It is set within one day in Cochin and is entirely shot in natural lighting.