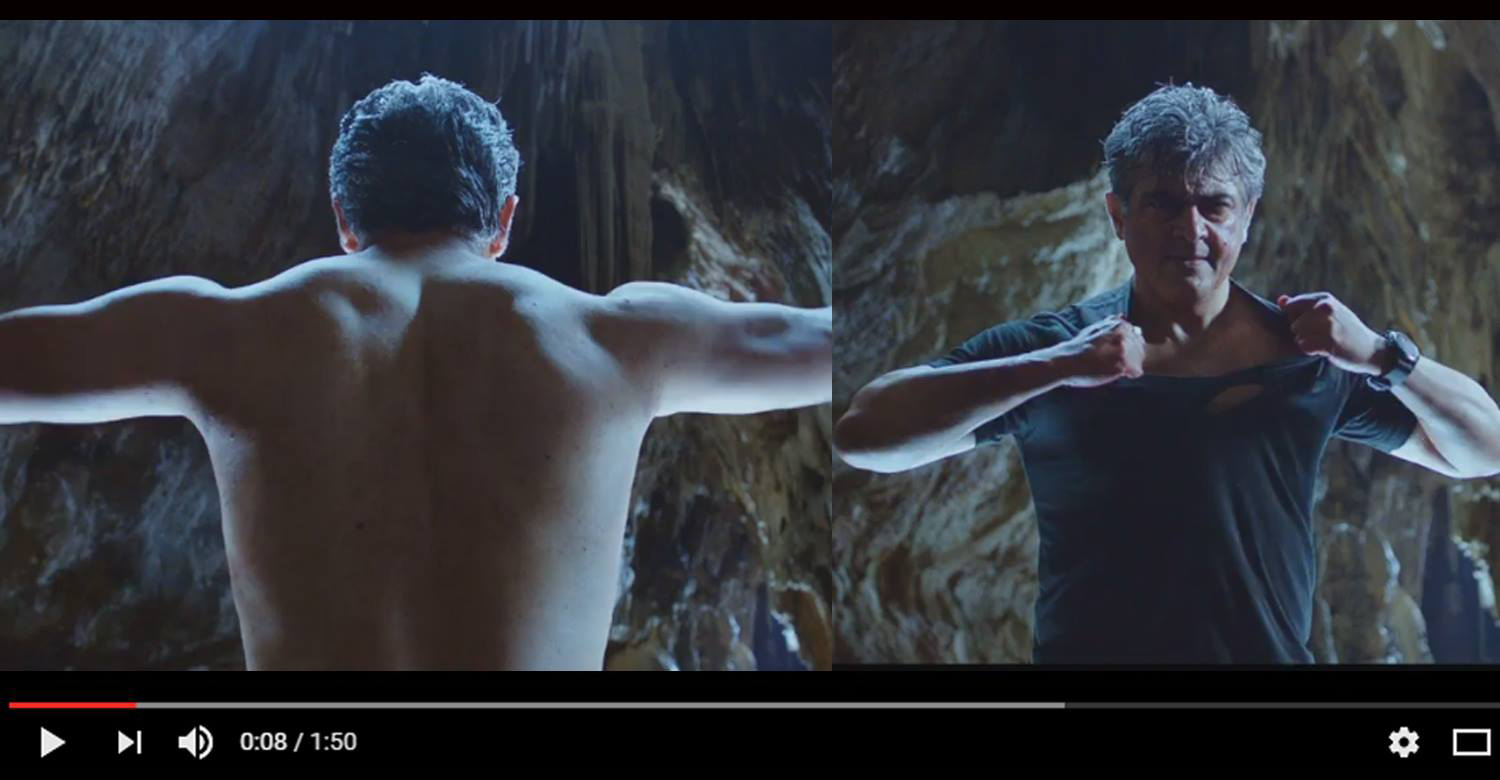 Thala Ajith’s Vivegam is all set for a worldwide release on August 24. The movie eagerly awaited by Ajith fans for over two years now and it looks like the makers have dished out a quality product to please not just the fans but also the common audience. The movie’s official trailer has been released and has soon gone now trending virally across social media platforms.

Vivegam is a spy thriller directed by Siruthai Siva, his third successive film with Ajith after Veeram and Vedhalam. Ajith is tipped to be playing a foreign agent in an anti-terrorist wing. The veteran star has undergone a terrific make over for the movie by shedding down a lot of extra pounds.

Vivegam is being made on a whopping budget of Rs 120 crores. The team shot across the globe in countries like Romania, Albania, Bulgaria and Serbia. Many artists and technicians from foreign countries are also associated with this project. This big budget movie is produced by Satya Jyothi Films.