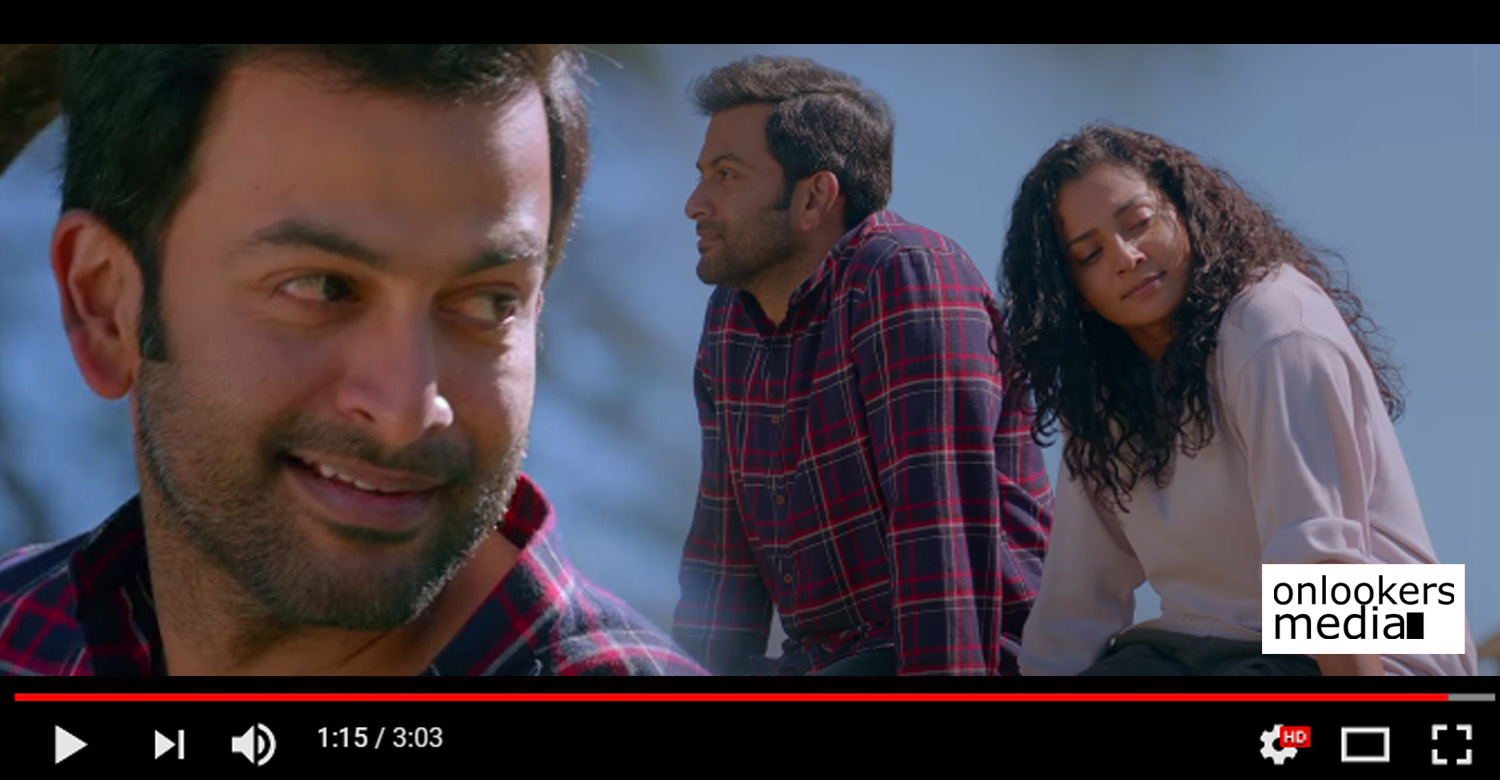 Anjali Menon’s Koode is gearing up to hit screens. The makers have released a new song from the movie. Titled as Vaanaville, this is a beautiful romantic track featuring the lead pair – Parvathy and Prithviraj. Karthik has lent his voice to this song composed by veteran M Jayachandran. Rafeeq Ahamed has penned the lyrics.

Koode has a good pre-release buzz in social medias. The movie is eagerly awaited as it marks the comeback of both Anjali Menon and actress Nazriya Nazim after a four year long gap. According to the director, Koode is a heartwarming tale of relationships. Prithviraj and Nazriya play siblings in the movie. Director Ranjith and Maala Parvathy essay their parents’ roles. Atul Kulkarni, Roshan Mathew, Zubin Nazeel Nawas, Sidharth Menon and Darshana Rajendran are also part of the supporting cast.