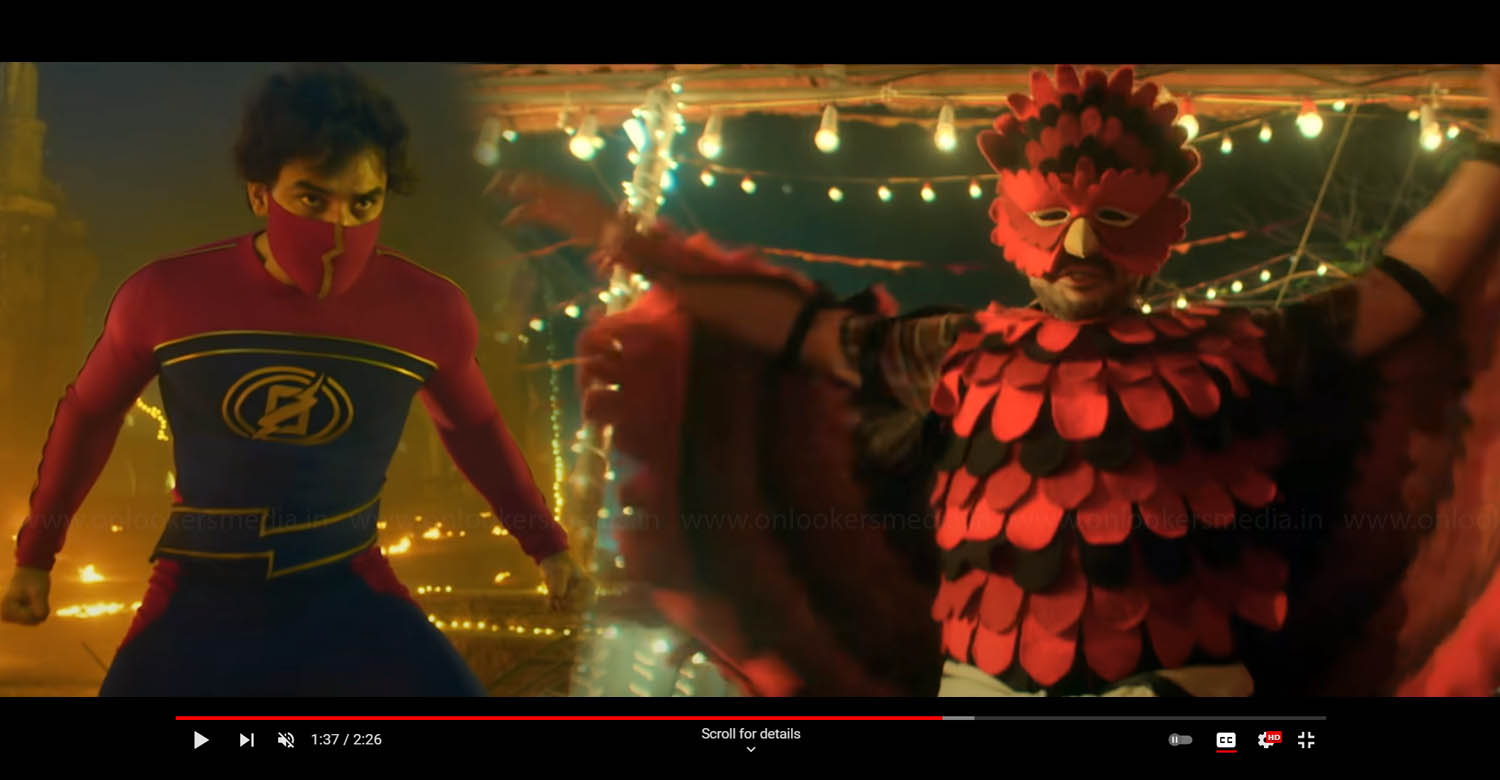 The first single from ‘Minnal Murali’ has been released. It is an ‘idivettu’ track composed and arranged by Sushin Shyam. He has also sung the track along with Marthyan. Lyrics is penned by Manu Manjith.

Directed by Basil Joseph, ‘Minnal Murali’ is a pan-Indian film that is set to be released in 5 languages – Malayalam, Tamil, Telugu, Kannada and Hindi. It is scripted by Arun Anirudhan and Justin Mathew.

Sophia Paul of Weekend Blockbusters is producing ‘Minnal Murali’. Though the makers were keen on a theatrical release, the long delay due to the pandemic forced them to opt for a direct OTT release.

The film will be out on Netflix on December 24 as a Christmas special.