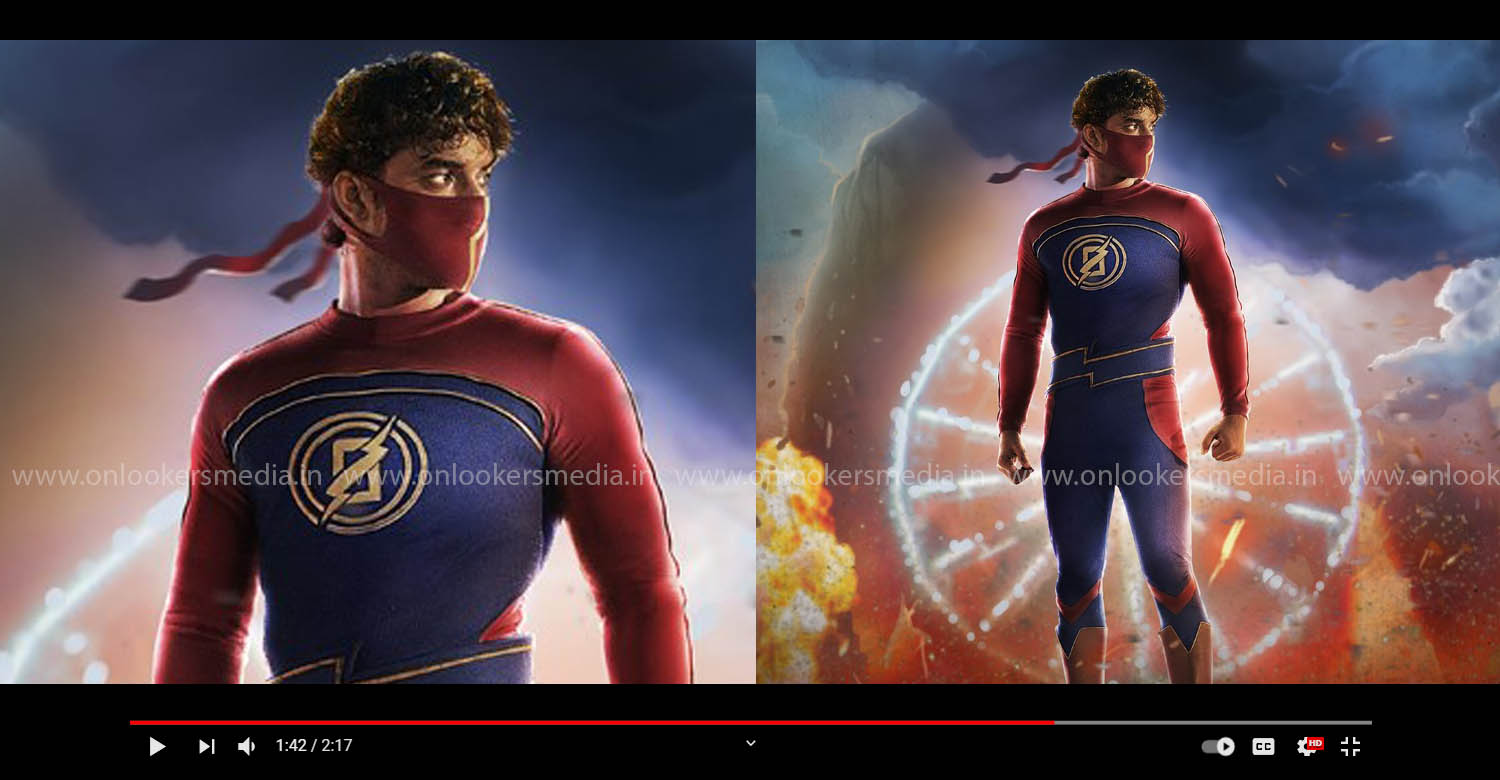 As informed earlier, the makers of Tovino Thomas starrer ‘Minnal Murali’ have released the motion poster online. Mohanlal shared it through his official Facebook page. The poster features Tovino in a superhero attire. It is the first time that the makers have unveiled his superhero look in the film.

‘Minnal Murali’ directed by Basil Joseph is a a local superhero film. It is planned as a pan-Indian film that will be released in 5 languages – Malayalam, Tamil, Telugu, Kannada and Hindi. In Telugu, the film has been titled as ‘Merupu Murali’. In Kannada, it’s ‘Minchu Murali’ and in Hindi, it’s ‘Mister Murali’. The original Malayalam title has been retained for the Tamil version as well.

‘Minnal Murali’ is scripted by Arun Anirudhan and Justin Mathew. Along with Tovino, Tamil actor Guru Somasundaram is also there in a major role. Aju Varghese, Baiju Santhosh, Harisree Ashokan, Mammukoya, debutante Femina George and many others are part of the cast. Cinematographer Sameer Thahir, music director Shaan Rahman and Hollywood-based action choreographer Vlad Rimburg form the core technical team. Sophia Paul of Weekend Blockbusters is producing the film, which is scheduled for Onam release in October.