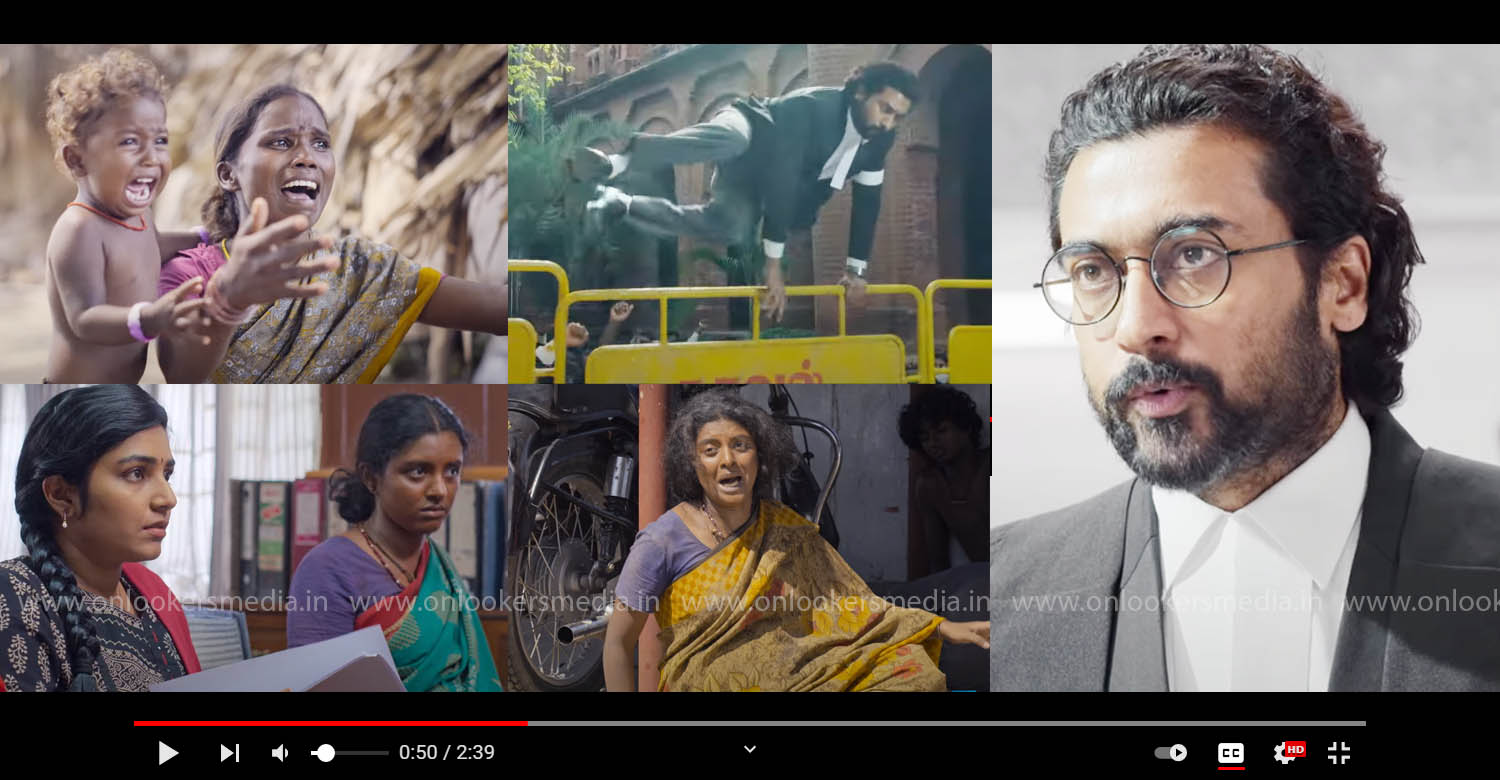 As reported earlier, the trailer of Suriya’s new film ‘Jai Bhim’ got released on Friday. From the trailer, we figure out that the film is about the discrimination against a particular community by the system. Lijomol Jose and Manikandan play a couple, who are from a tribal community. The latter gets arrested by the cops and is subject to custodial violence. Suriya plays a lawyer, who fights a legal battle for the community.

Directed by ‘Kootathil Oruthan’ fame TJ Gnanavel, ‘Jai Bhim’ promises to be an intense social drama. The film is based on some true incidents. Suriya’s advocate character is inspired from a real-life person. Interestingly, this is the first time the actor is playing a laywer’s role in his career.

Rajisha Vijayan, Prakash Raj and many others are part of the film’s cast. SR Kathir wields the camera and Philomin Raj handles the edits. Sean Roldan is music director.

‘Jai Bhim’ is all set to have a direct release on Amazon Prime Video. Produced by Suriya and Jyotika’s banner 2D Entertainment, the film will be premiering on November 2 ahead of Deepavali.