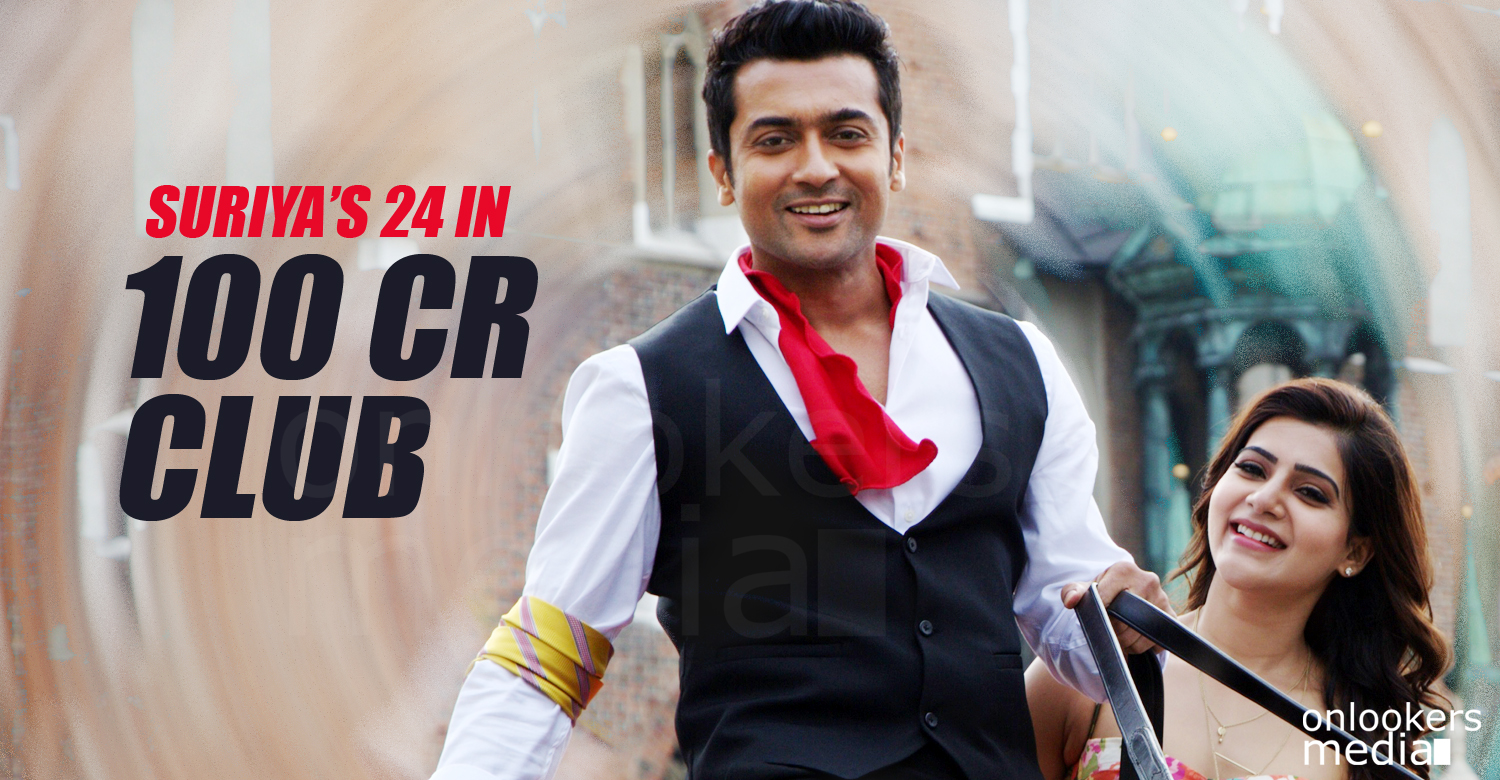 Suriya’s latest flick 24, a science-fiction fantasy thriller written and directed by Vikram Kumar has entered the 100 crore club of Kollywood in 12 days. The worldwide gross of the film had crossed rupees 100 crores and the 12 day total figure is around 100. 5 crores. The film based on the concept of time travel is released on May 6th and got positive reviews from all around the globe. Samantha and Nithya Menon played the female leads in this movie in which Suriya played 3 different characters including the hero and villain characters.

The film had earned 20 crore+ in its opening day from worldwide and later went forward with good box office run. It had collected around 30 crores from Tamil Nadu and collected more than 25 crores from its Telugu version. The film had done well in overseas market too as it had raked in an amount near 25 crores.

From Kerala alone it collected an amount near 8.5 crores and from Karnataka it got around 5 crores. The rest of India collection is near 7 crore and it had done a great business in the domestic market all together.

The success of this film which made using a budget around 70 crores has given Suriya a sigh of relief as his last few films were failed at box office. Suriya is the one who co-produced this film as well with Gnjanavel Raja.