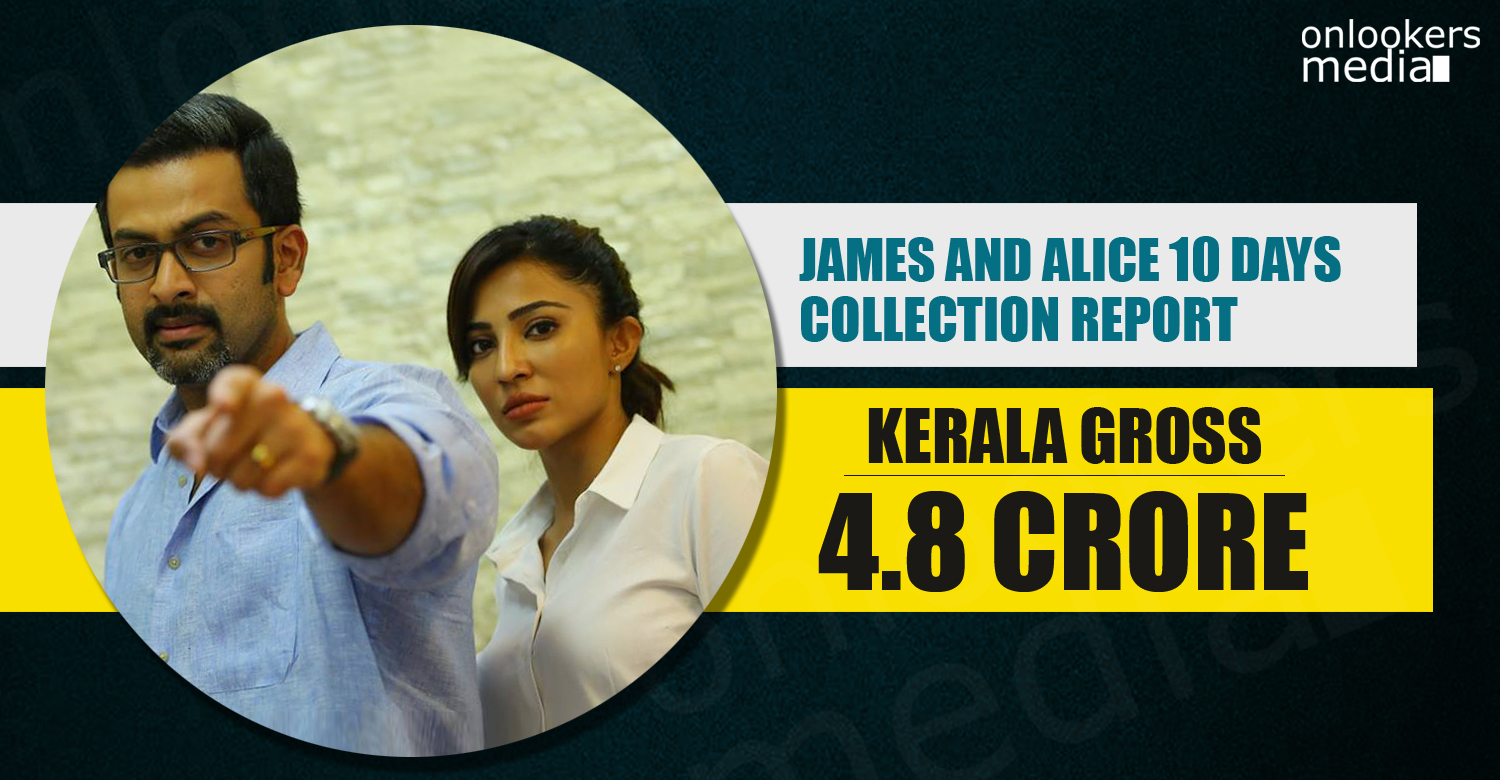 Prithviraj starrer film James and Alice was released on 5th May and started off with below average reviews. Even though this Sujith Vasudev directorial got some average review later on, the box office seems to be not at all responding very good to this flick. This is the maiden directorial venture of Sujith Vasudev who is one of the most popular cinematographers in Mollywood.

Dr. S Jananrdhanan had written the screenplay of this film and he had earlier directed films like Mahasamudram with Mohanlal and Shahasram with Suresh Gopi in the lead. As per the latest reports that coming in from Trade guides, James and Alice had collected around 4.8 crore from its 10 days of theatrical run here in Kerala.

When we consider the star value of Prithviraj, it is not a great collection even though it did not become a disaster. On its first day it had grossed around 1 crore as per reports. But, the collection dropped down from the next day and there were 3 more films released after that as well. That also affected the box office performance of James and Alice.

But still it is getting an average response from all over and the team behind the film is hoping that the flick will end is run here only after entering in safe zone.