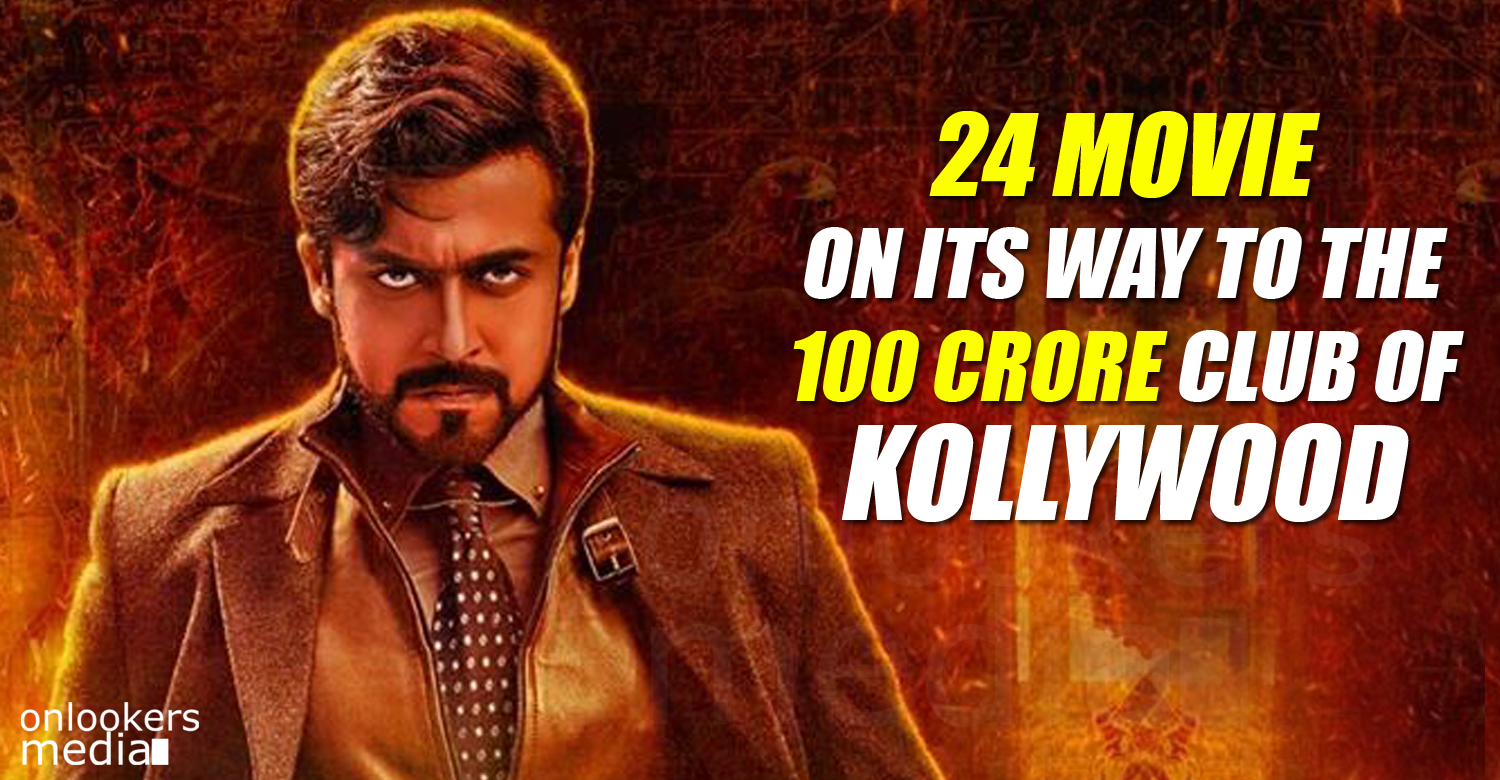 Suriya starrer 24 conceived by Vikram Kumar is slowly but steadily stepping forward in box office to be a part of the 100 crore club in Kollwood. The film which released on May 6th had took a fantastic opening by collecting more than 60 crores from its first weekend.

Even though the collection dropped down on working days, the positive word of mouth had helped the film to sustain a decent collection from its worldwide market. From America alone, the film had collected more than 10 crore as per reports and the total worldwide figure of this movie is around 90 crore, says the trade guides.

Even though collection is coming only in an average rate, it will cross the 100 crore mark pretty easily within a few days time. This science-fiction film is attracting the audience and got positive response from all over the world. The flick had eventually gave a success to Suriya after a long time. The flick had done exceedingly well in Telengana- Andhrapradesh region and got more than 20 crore from there alone.

From Kerala, it had collected around 8.7 crores from 11 days of its run there and from Chennai city alone it had raked in an amount near 4 crore from 11 days.