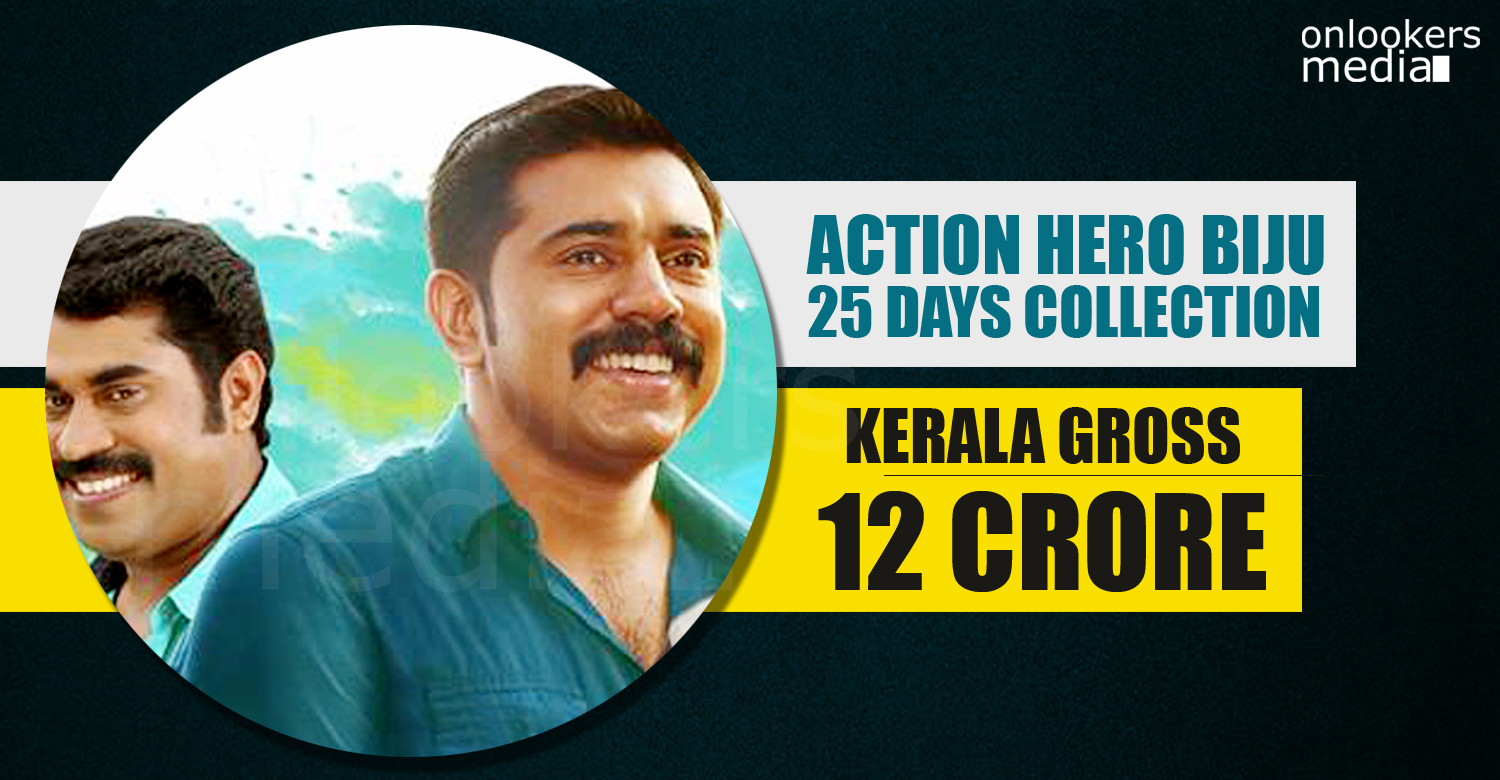 Action Hero Biju starred by Nivin Pauly had completed its 25 days in theaters here and have to say that it had given a decent show at box office. The film had started well on its first day but due to mixed opinion from the common audience, the collections dropped down from the second day.

But then again after the first week it had picked up well due to good critics review and audience review also began to improve slightly. But the film had removed from big screens and shows were reduced by that time. Still the film hold on and made some decent business at box office. As per the latest report, the film had earned close to 12 crore rupees from its 25 days of theater run.

Another report from sources says that it had crossed rupees 1 crore from the Multiplexes of Ernakulam alone and this one will be the second consecutive film of Nivin Pauly which crossed that mark in Ernakaulam Multiplexes. Last year his film Premam also done the same there. The film is now going on with an average box office response and we have to wait to determine how far it will go forward like this from the coming week.