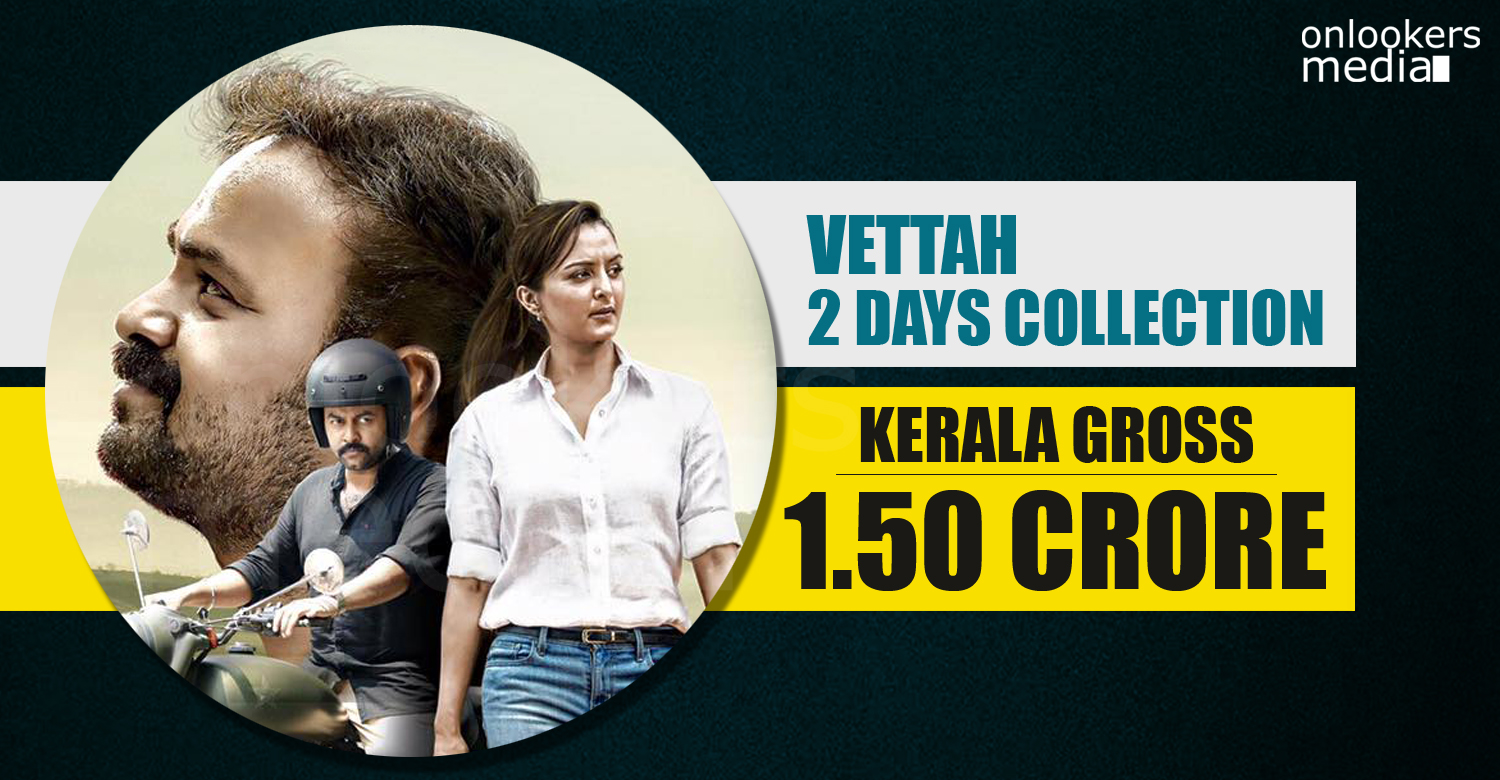 Late Rajesh Pillai directorial film named Vettah had released on Friday and opened up to excellent reviews from all over Kerala. The film had a very good star cast including Kunchacko Boban, Manju Warrier and Indrajith Sukumaran. The film which is a suspense thriller had got the applause from the audience for its great direction and tight script. Scripting is done by Arunlal Ramachandran.

Rajesh Pillai’s death right after the release of the film also made the film to remain in the headlines of the medias. The film had opened on an average note in box office as per reports coming in from trade guides, the film had raked in almost 1.50 crores from the first two days from Kerala.

As per report, the film showed good pickup on Sunday as well but we did not get the exact figure of the Sunday collections of the film. But the film said to be had a good first weekend when we consider the low hype around the film. It had released in more than 100 screens here in Kerala and that too helped it to get a good start at box office.

Now, everyone looking forward to its first week collection to know whether it is going to be a success, which it deserves to be.