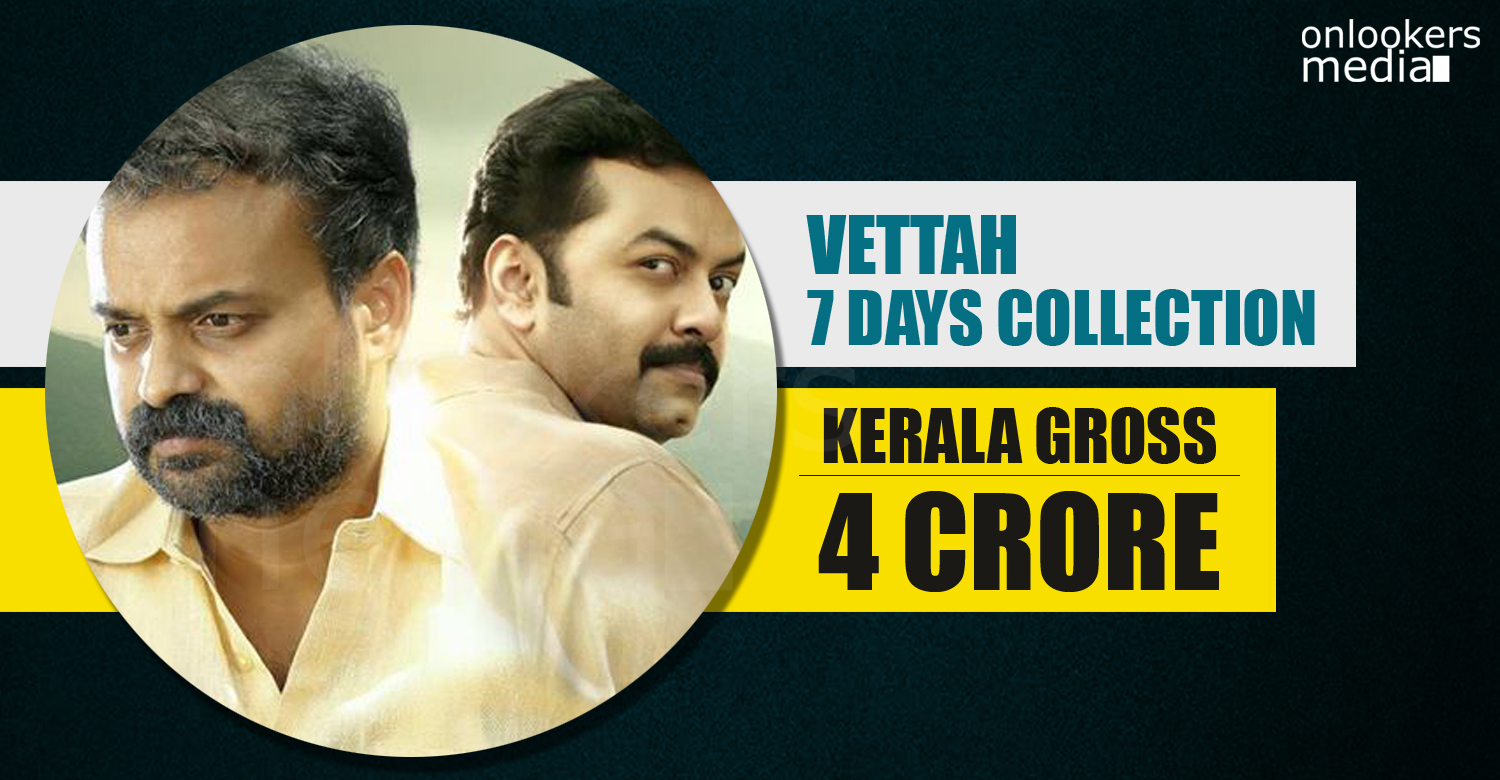 Late Rajesh Pillai directorial film Vettah which released on 26th February, had got great word of mouth from the public and critics and now going pretty well at box office as well. The film even though took only an average opening, later the good comments about the film had helped it in a good way to be steady in box office. The film had released in more than 100 screens and that also helped it to get a minimum collection on working days as well. As per the latest reports coming from trade guides, the film had a decent first week by collecting around 4 crore from 7 days.

The film is a mind game kind of thriller, which really made the audience at the edge of their seats till the very end. Arunlal Ramachandran’s super screenplay, and Late Rajesh Pillai’s fabulous direction made this possible. The performances of lead actors like Kunchacko Boban, Manju Warrier, Indrajith Sukumaran also attracting the audience and a special clap goes to Shan Rahman whose background scoring is just superb.

The death of Rajesh Pillai, the next day after the release of this film is making the audience to attach emotionally to the film as well. People are going to the screens not only because they heard that it is a good film but also due to the fact that, it is the last film of their favorite director Rajesh Pillai.