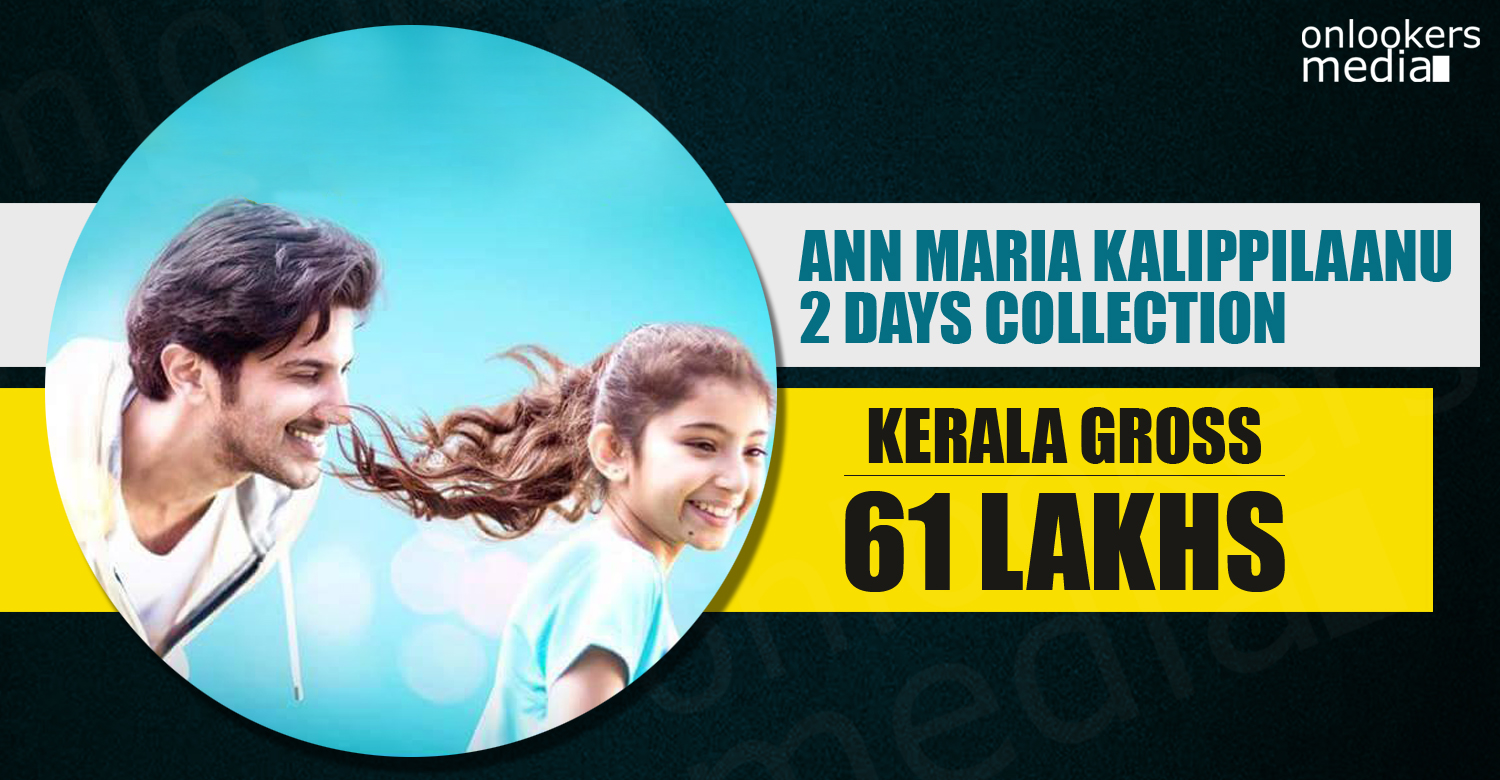 Aan Maria Kalippilaanu was one among the main releases in Mollywood on last Friday. It was directed by Midhun Manuel Thomas and starred by Sunny Wayne and Baby Sara Arjun. Young Star Dulqurr Salmaan played a guest role in this movie. The movie had got decent reviews from all over and the box office response too getting better as per reports.

The trade guides from our industry reports that, the movie had earned near 61 lakhs from its 2 days run from here. It is only an average opening. But the positive reviews helping the movie to get a steady figure, which can help it to get a long run. The 3 day collection from Ernakulam multiplexes for this movie is just below 6 lakh rupees and it had got a show increase there.

Midhun Manuel Thomas and John Manthirichal had scripted this movie together. This is Midhun’s third screenplay and his 2nd directorial venture as well. His maiden directorial venture was Aadu Oru Bheekara Jeeviyanu which released last year. Alice George had produced this movie named Aan Maria Kalippilaanu under the banner of Goodwill Entertainment.