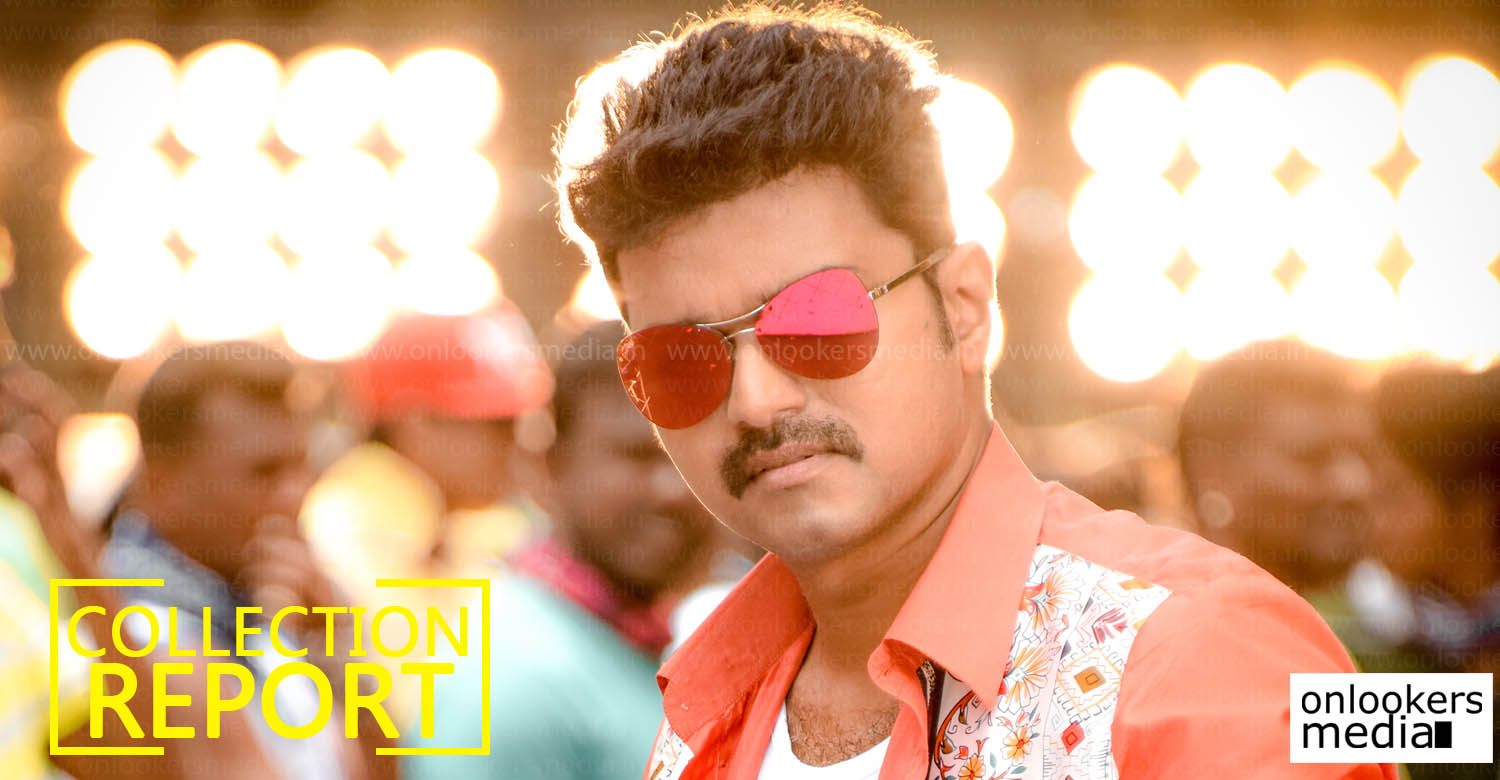 Vijay’s Mersal hit screens amidst much fanfare yesterday (October 18). And staying true to the humongous hype, the movie has taken a blockbuster opening in centres all across the globe. In Kerala, the movie has been released in over 290 screens. Like all other Vijay films, Mersal also had tremendous reception from the Malayali audience.

According to latest collection reports, Mersal has a grossed a whopping Rs 6.11 crores from its first day theatrical run in Kerala. The movie is now placed second in the list of highest opening day grossers in the state. SS Rajamouli’s Baahubali 2: The Conclusion tops the list with Rs 6.27 crores. Interestingly, both these movies were distributed in Kerala by Global United Media.

Vijay plays a triple role in the film, which is a first time in his career. Nithya Menen, Samantha and Kajal Aggarwal are the three female leads in the movie. SJ Suryah plays the antagonist while Sathyaraj, Vadivelu, Kaali Venkat, Kovai Sarala and Malayali actor Harish Perady play supporting roles.

Apart from the star-studded cast, the movie also has some big names in the technical department as well. Oscar winner AR Rahman has handled the music department and Baahuabli’s co-writer Vijayendra Prasad has helmed the movie’s screenwriting along with Atlee and Ramana Girivasan.

One of Kollywood’s leading production houses, Sri Thenandal Films has funded this high profile project, which incidentally is also their 100th venture. Mersal is sure to give a historic success for this banner.