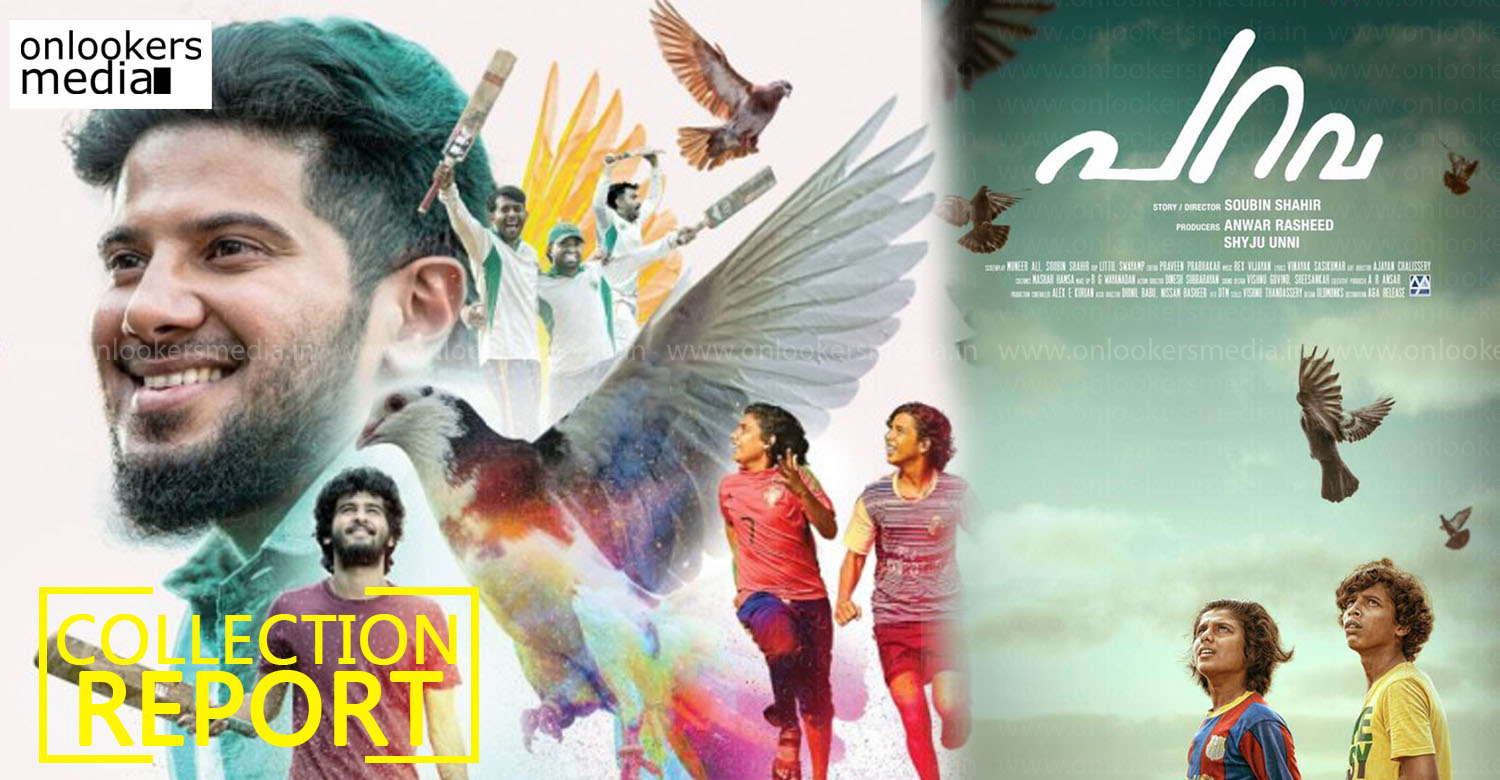 Parava continues to do great business across all the release centres. The extremely positive word of mouth is attracting audience to the theatres in large numbers. The movie was released last Thursday (September 21) and took a stellar opening in the Kerala box office.

According to latest collection reports from our trade sources, the movie has grossed Rs 12.20 crores from its 8 days theatrical run in Kerala. This is a very good figure which is only expected to soar upwards during the coming weeks.

Parava marks the directorial debut of Soubin Shahir. The movie tells the story of two adolescent boys who rear pigeons for racing, which is commonly practiced in the Mattanchery regions in Kochi. It has a big star cast which includes a host of newcomers and veterans as well.

Parava is jointly scripted by Soubin Shahir and Muneer Ali. Cinematography is done by Littil Swayamp, noted for his works in the popular music band Thaikkudam Bridge’s Navarasa series. Rex Vijayan is handling the music department.

Filmmaker Anwar Rasheed and Shyju Unni have jointly produced this movie under the banner of Anwar Rasheed Entertainments. With the Pooja holidays and good WOM, Parava is expected to continue its successful theatrical run.