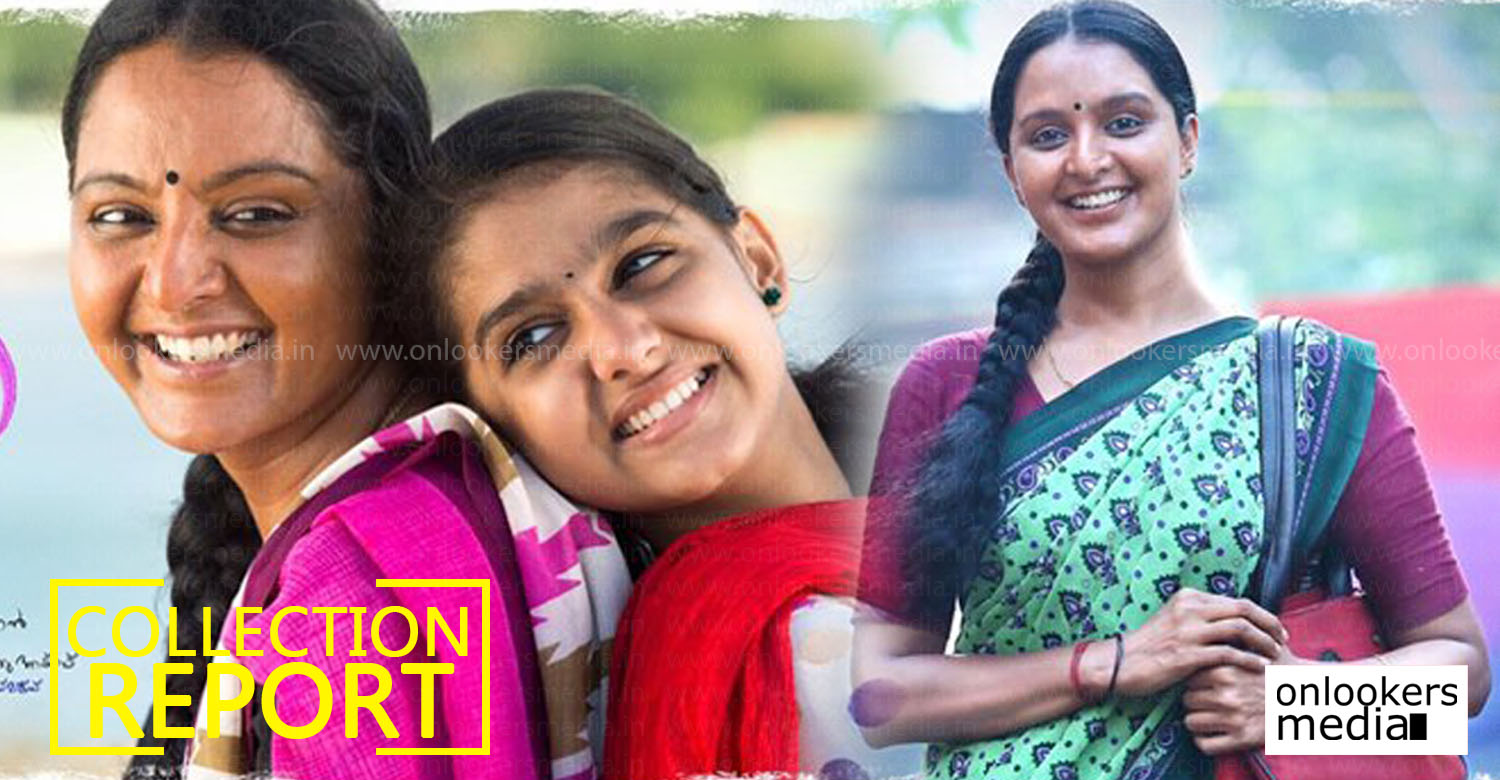 Manju Warrier’e latest outing Udhaharanam Sujatha continues to garner good response from all corners. Despite releasing in a tense atmosphere opposite Dileep’s Ramaleela, the Manju Warrier starrer has managed to do some good business.

According to latest reports from our trade sources, Udaharanam Sujatha has earned Rs 3.20 crores from its three days theatrical run in Kerala. This is a decent opening for a movie that does not boast of a big male star. The movie is expected to continue the good run in the coming days also.

Manju Warrier recently took to Facebook to express her heartfelt gratitude to the audience for accepting Udhaharanam Sujatha. Her performance in the movie has been rated as her finest post her sensational comeback.

Udhaharanam Sujatha, directed by debutant Phantom Praveen tells the story of Sujatha, a widow who has a 15-year-old daughter. She is someone who does odd jobs to raise her daughter. The movie showcases the struggles of a single mother in raising her teenage daughter.