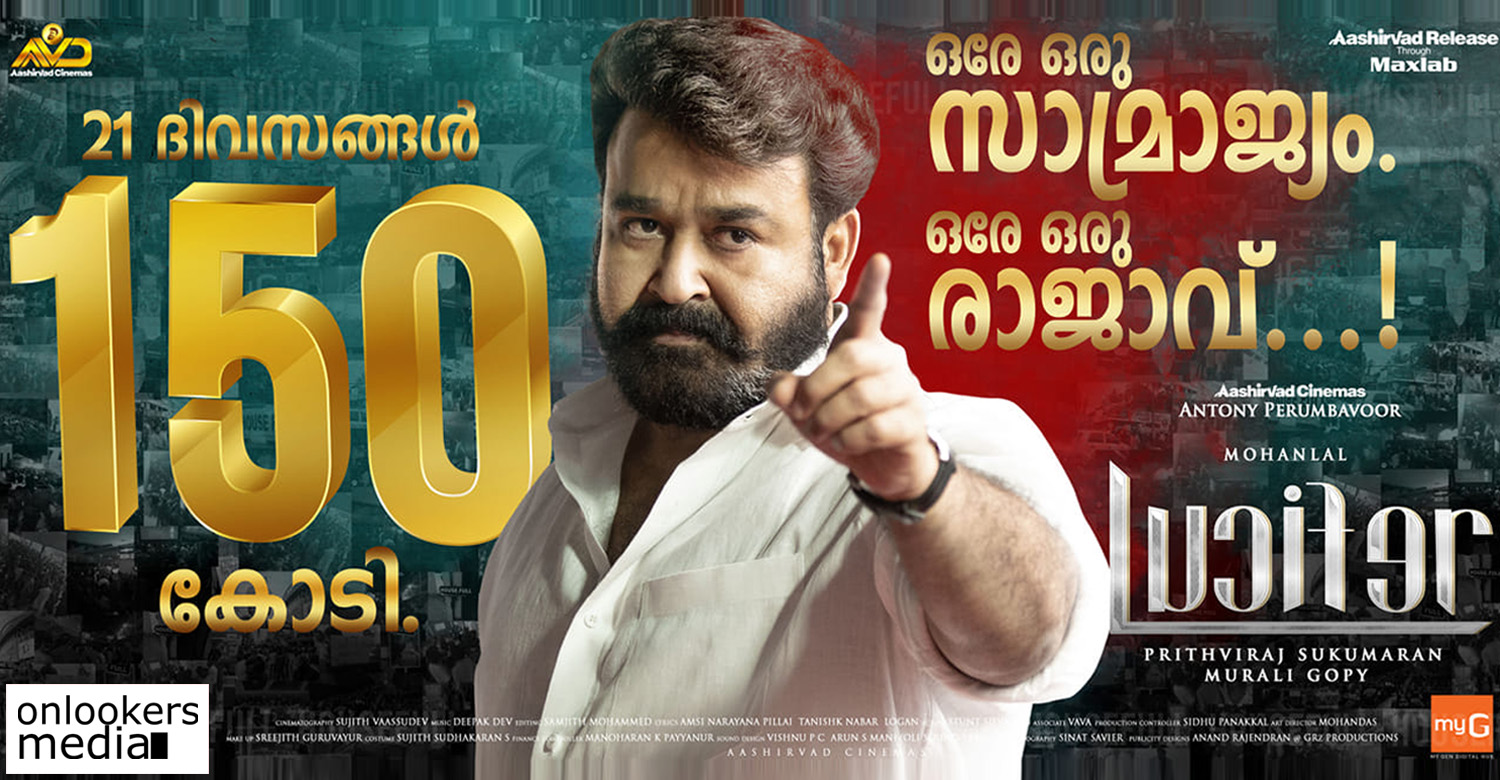 Mohanlal starrer Lucifer, which hit screens on March 28, continues to shatter box office records. After entering the elite Rs 100 crore club in just eight days of theatrical run, the movie has now gone past the Rs 150 crore mark. The movie has taken just three weeks time to achieve this phenomenal feat. Aashiravd Cinemas formally announced the big news through their social media handle. Along with sharing a 150 crore special poster, a note has also been written, which reads,

Kings are all around..!!!
But there is only one emperor..!!!
The peerless emperor has conquered the #150Crore peak in 21 days….The rampage to the summit..

‘Lucifer’, directed by Prithviraj Sukumaran and scripted by Muriali Gopy, is a mass entertainer set in the backdrop of Kerala politics. Mohanlal plays the lead role in the movie, that also stars Vivek Oberoi, Tovino Thomas, Indrajith Sukumaran, Manju Warrier, Sai Kumar and Saniya Iyappan in prominent roles. Upon its release, the movie largely good good response, both from the critics and common audience.

Apart from its tremendous run in Kerala and RoI centres like Bangalore and Chennai, ‘Lucifer’ has done extraordinary business in major overseas centres like the US, GCC, European countries, New Zealand and Australia. India’s leading trade analyst Taran Adarsh had stated that ‘Lucifer’ is a trendsetter for Malayalam movies as it’s doing exceptional business everywhere, despite facing tough completion from other language movies. According to him, the success of ‘Lucifer’ in the international arena will certainly be an eye opener for the Malayalam film industry and encourage makers to explore newer markets, besides the existing traditional ones.