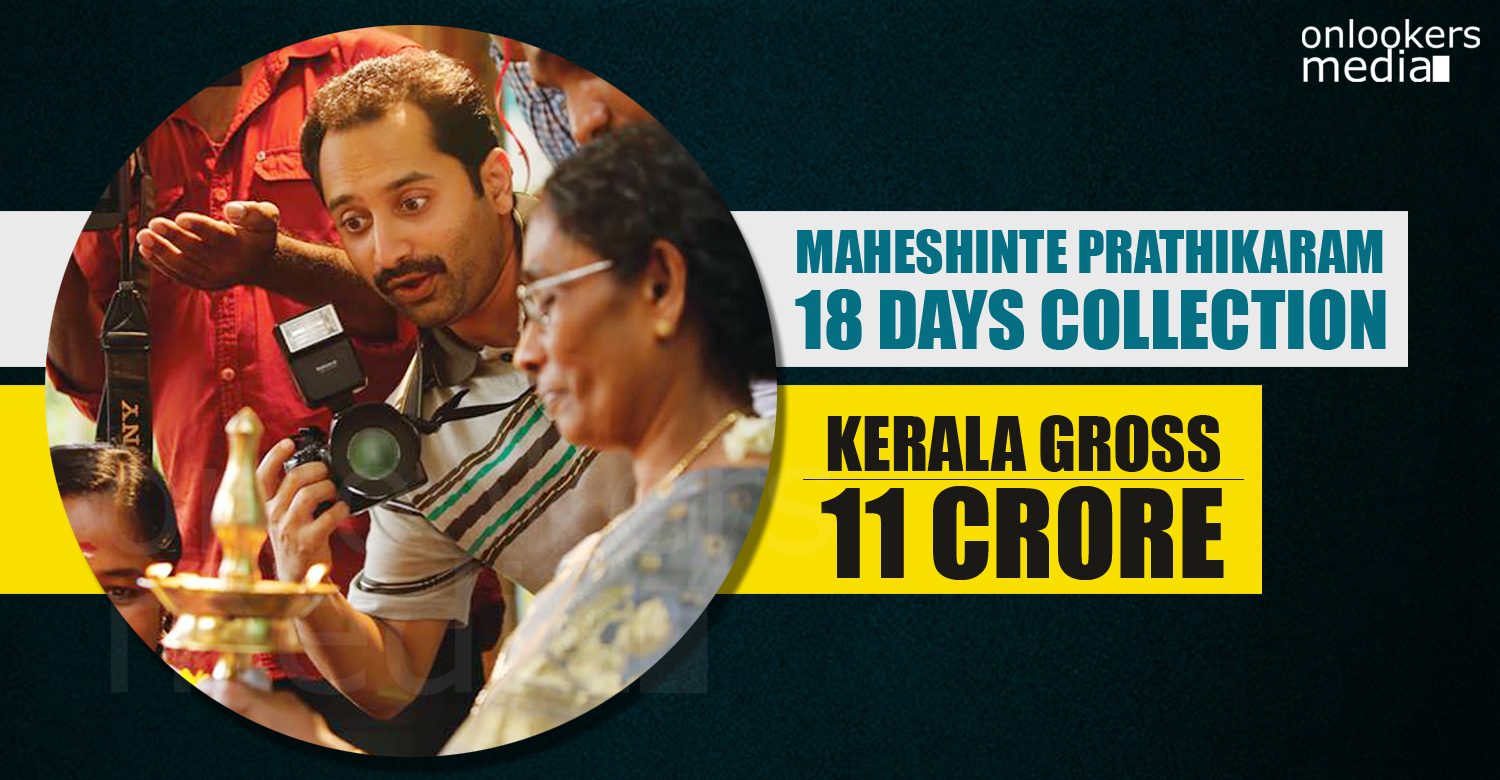 Maheshinte Prathikaram by Dileesh Pothen, starred by young star of Mollywood, Fahad Fazil is going on smoothly in Kerala with a steady box office run. The film which had got great mouth publicity and critics reviews now considered as the best film released till date in this year.

Fahad Fazil’s performance is getting great appreciation along with the performances from many new faces. As per the latest collection reports coming in from different sources, the film had crossed 11 crore gross from 18 days of its theater run. This one is the biggest solo hit of Fahad Fazil till now in his career as well.

The film had got only an average opening on its first day. But the great reviews had given it a boost and then it had really cruised forward in box office. It had really left behind all the other releases and conquered the number one spot among the February releases in Mollywood.

If it goes like this way, within a few days it will cross the gross of Prithviraj’s Pavada which released in this year January and the biggest success in Mollywood this year. Maheshinte Pratikaram is holding all the screens it had released and expected to hold almost all of them in the coming week as well.