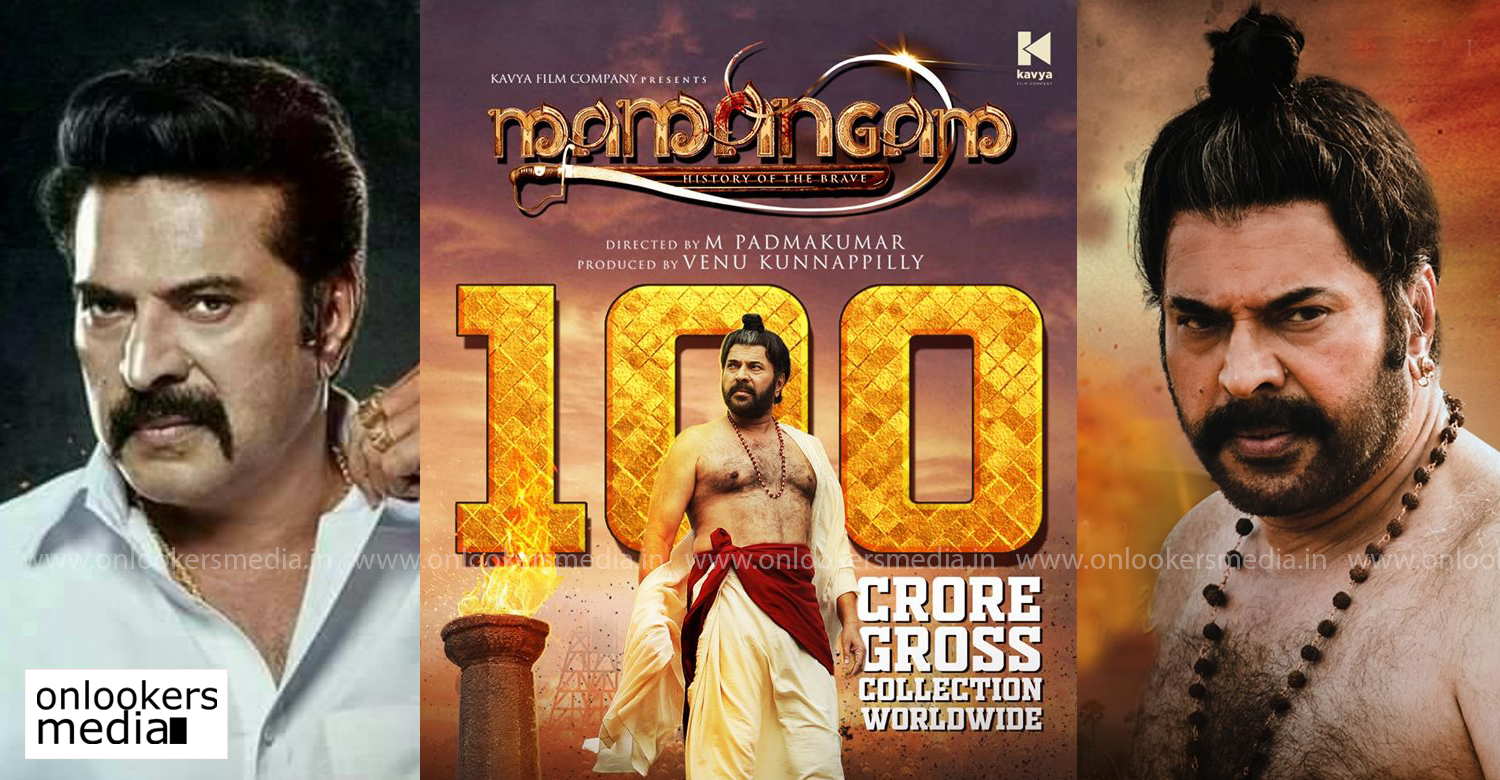 2019 has been a great year for Mammootty as two of his films have entered the 100 crore club. ‘Madhura Raja’ was the first to make it to the list followed by the recently released ‘Mamangam’. It has hardly been 10 days since the release of ‘Mamangam’, but the makers have officially declared that the film has crossed the three-figure mark. Mammootty is now the only superstar in Malayalam cinema to have two 100 grossers in a single year.

As per the makers, ‘Mamangam’ got released in over 2000 screens across 45 countries worldwide. From its first four days of theatrical run itself, the film had grossed a whopping Rs 60.70 crores. Though the critic reviews have been mixed, the massive worldwide release in multiple languages has helped a great deal in the box office collections.

Apart from the original Malayalam version, ‘Mamangam’ got released in Tamil, Telugu and Hindi languages. It was only recently that a Hong Kong based company acquired the film’s distribution rights for a record price to release it in China.