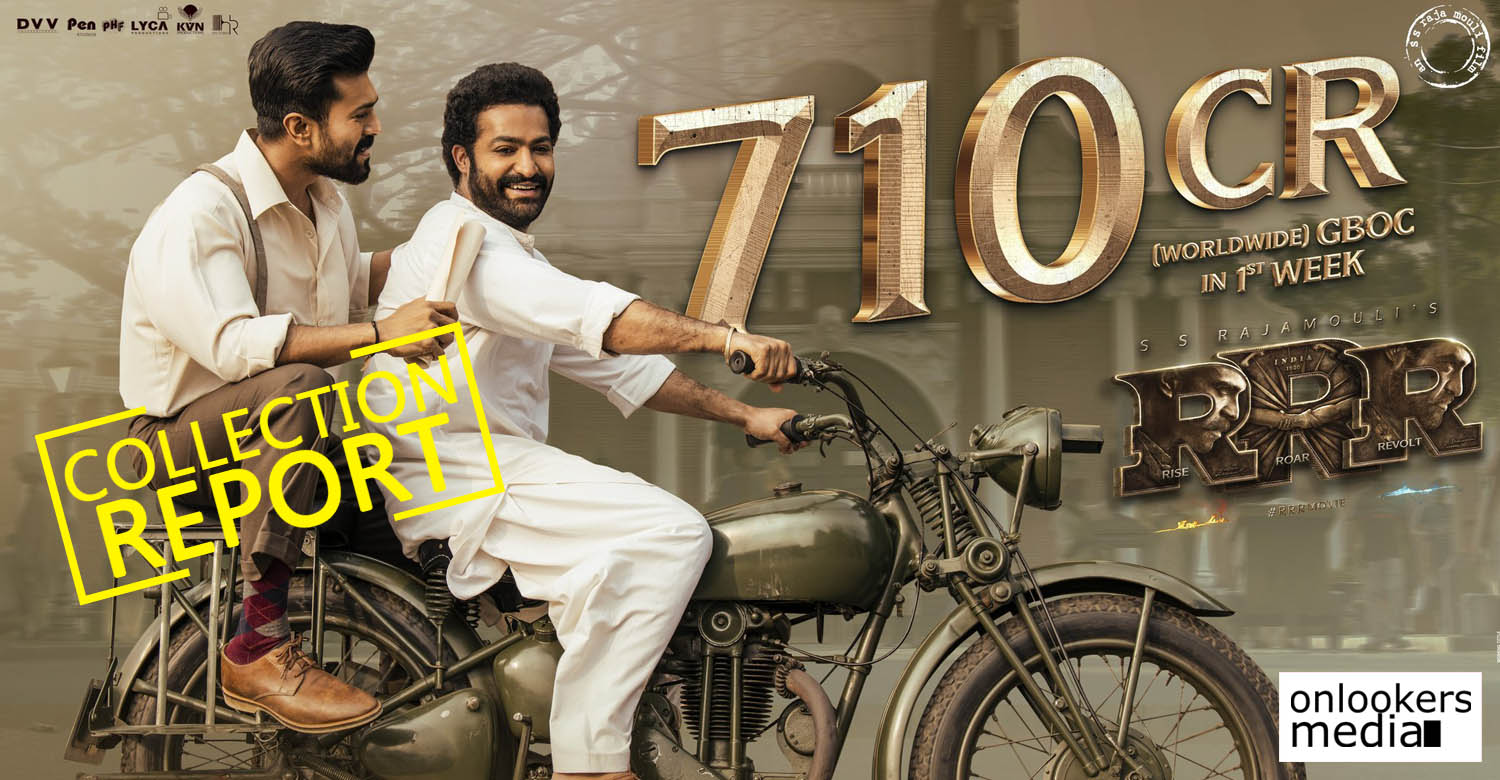 SS Rajamouli’s ‘RRR’ continues to wreak havoc at the box office as the film has breached past the Rs 700 crore mark. As per the makers, the film has grossed Rs 710 crore from its first week theaterical run worldwide.

As per trade experts, the film’s first week gross goes like this:

DVV Danayya has produced ‘RRR’ on a massive budget of Rs 450 crore.