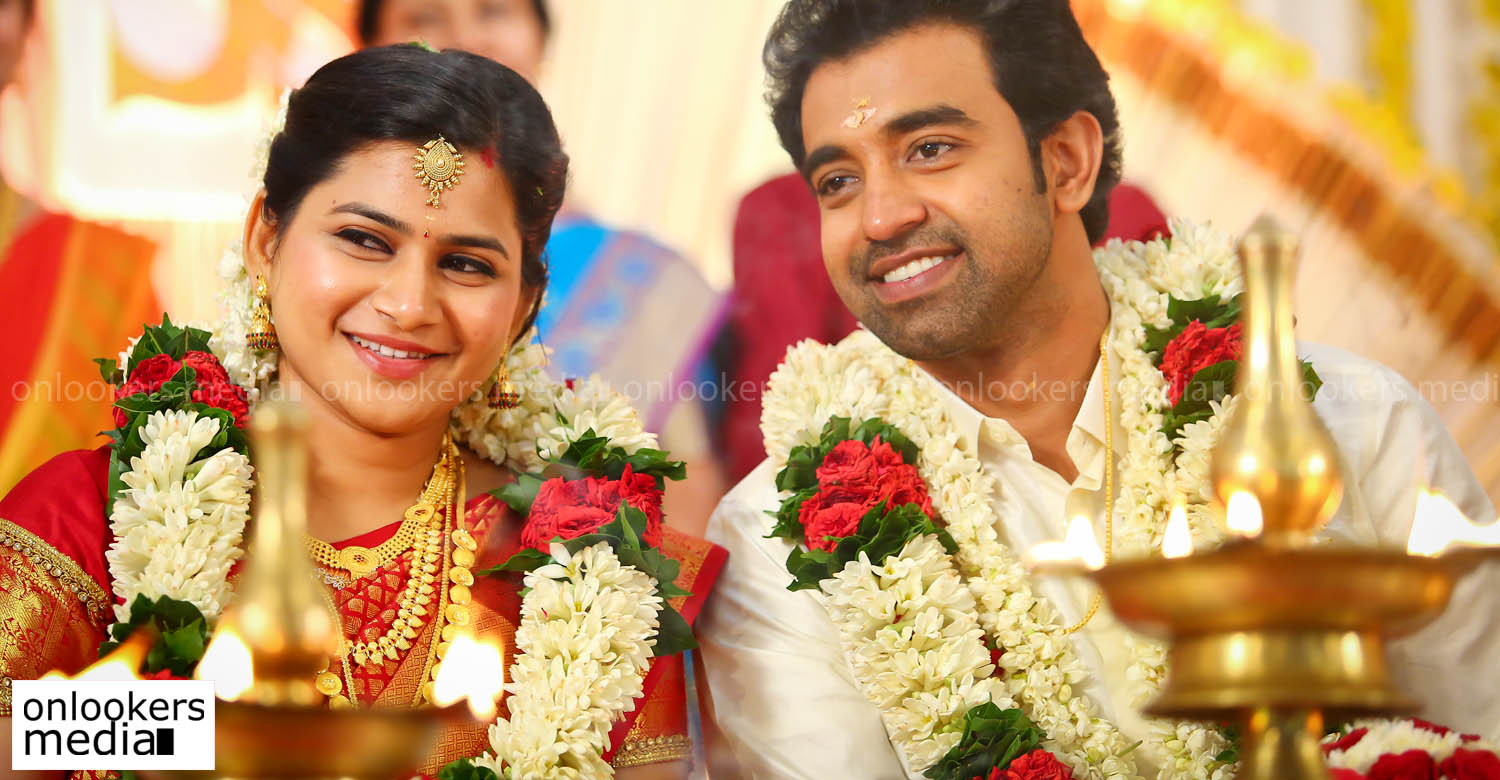 Actor Siju Wilson, noted for his roles in movies like Neram, Premam and Happy Wedding got married to his longtime love Sruthi on May 28 at Kochi.

The couple had two wedding ceremonies as both of them belonged to different religions. A traditional Hindu wedding in the morning was followed by a Christian wedding in the evening at St Dominic Church, Aluva. A grand reception was also held at the Angamaly Convention Centre, Thuravoor.

Siju Wilson made his acting debut by playing a side role in Vineeth Sreenivasan’s Malarvadi Arts Club. His performance in Alphonse Puthren’s Neram and Premam were noted. Last year, he made his debut as a lead actor in Omar Lulu’s fun filled entertainer Happy Wedding. The movie was a sleeper success enjoying a theatrical run of over 100 days. Later he played a brief but pivotal role in Nadirshah’s Kattappanayile Rithwik Roshan.

Siju Wilson will be next seen in Premam fame Althaf Salim’s debut directorial Njandukalude Naatil Oridavela. He is playing the role of Srinda Arhaan’s husband in this Nivin Pauly starrer.