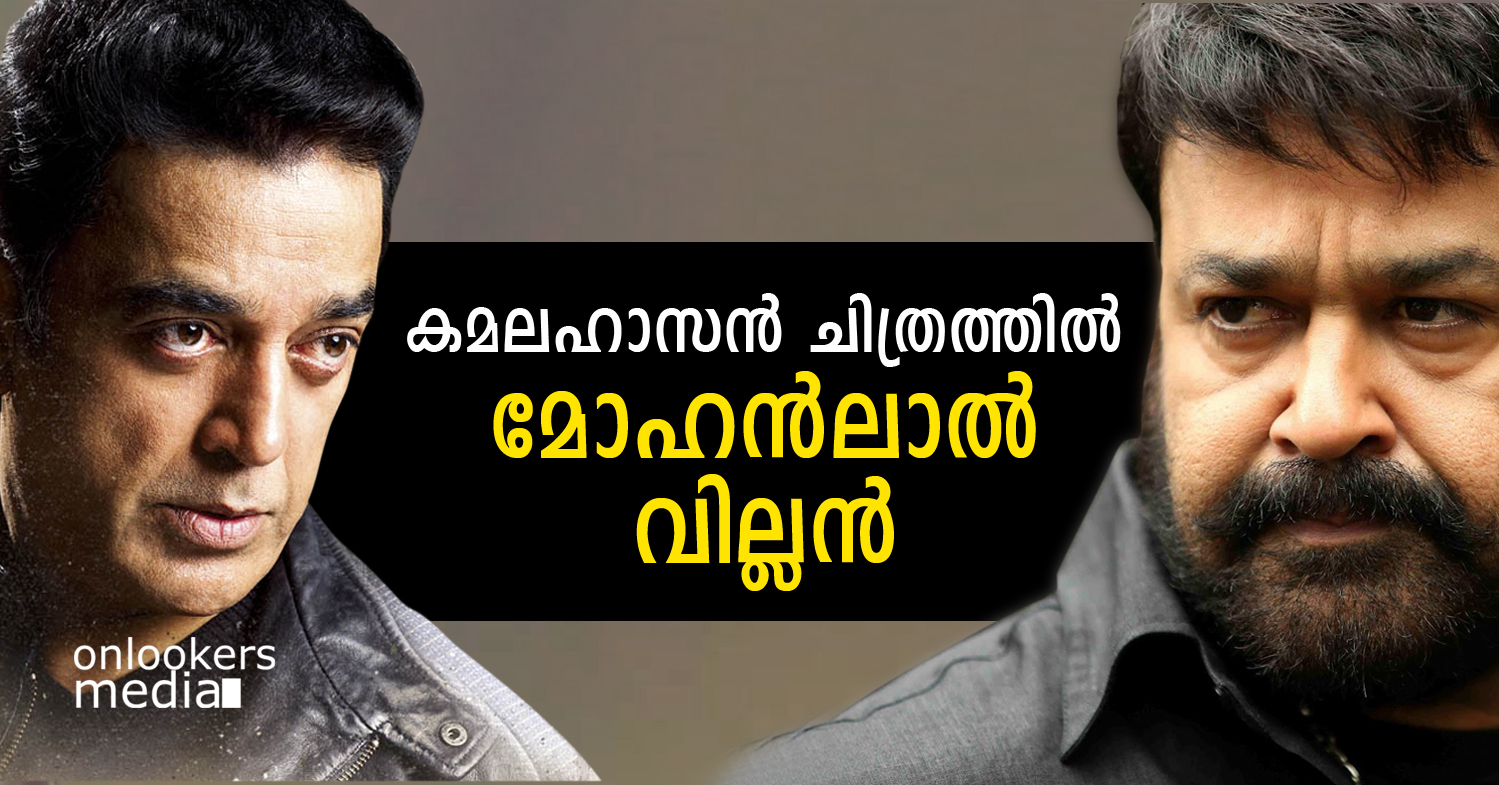 If the reports coming is true then it will be party time for Mohanlal fans and for all malayalees . The news coming in says that the universal star and the complete actor of Indian cinema once again will be seen in the film of The universal hero in Indian cinema. With the adjectives we have said above you all well be aware of whom we are talking about. Yes it is our own Mohanlal and Kamal Haasan. According to the reports from sources and various online Medias Kamal haasan is going to direct his next film in which Mohanlal will do a key role along with Saif ali khan and Kamal Hasan himself.

The film which will be a trilingual film will be made in Tamil, Hindi and Telugu languages and in Hindi the title of the film will be ‘Amar Hai’ and in Tamil it will be ‘Thalaivan Irukkiran’. Saif Ali Khan said to be the hero of the Hindi version and Kamal will play the villain the film. In its Tamil version Mohanlal will play the hero role and kamal will be the villain. But some reports say that in tamil Kamal Haasan will be the Hero and Mohanlal will play the villain. The news is not a confirmed one as it is only a report now making the headlines of various online pages .

But there is all chance it to be a true one as Kamal Hasan few years back said that he is scripting a film and it will be one which is very close to his heart. At that time itself he said in some media interviews that the title of the flick will be ‘Thalaivan Irukkiran’ and he love to have Mohanlal in that flick as well along with him. Later both these legends worked together in the film ‘Unnai Pol Oruvan’ in which they have only one combination scene. The film was a financial as well as critically acclaimed one and it was indeed the official remake of the hindi film ‘A Wednesday’ by Neeraj Pandey.

People love to see both Mohanlal and Kamal Haasan together on screen as these two are arguably the best ever actors India had ever seen on the silver screen.

Rana behind Trisha’s broke up with Varun Manian..?
Foul play behind the curtains against Nivin Pauly..?
To Top