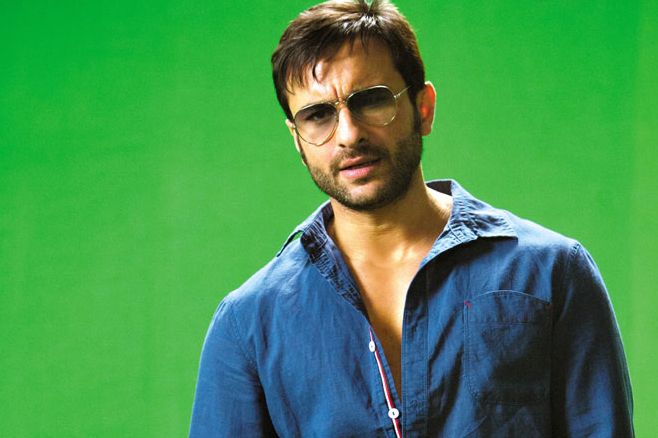 The latest buzz from Bollywood is the Chote Nawab Saif will play the central character for the Hindi remake of the Malayalam Blockbuster movie Drishyam. Mohanlal played the central character in the original movie.  The movie is already remade into Kannada with Ravichandran in the lead role, Telugu with Venkidesh in lead role and the Tamil version is in the works with Kamal Haasan in the main role.

Now, it looks like the movie will be made in Hindi as well with Saif Ali Khan as the main protagonist. Akshay Kumar and Ajay Devgan were initially considered for the role but they settled for Saif Ali Khan at the end.  The Hindi version if the movie will be produced by Viacom18 Motion Pictures. No final decisions are made as to who will play the female lead. While Jeethu Joseph went on to direct both Kannada and Tamil remake of the movie he revealed that he is unlikely to direct the hindi version of the movie. The decision to remake the movie in Hindi has met with resistance especially by Ekta Kapoor. She even sent a legal notice the makers of the movie claiming that Jeethu and the producers have committed a serious violation of copyrights as  the movie is a copied version  of Japanese novel The Devotion of The Suspect X and she claimed she has already obtained the copyright to produce a movie based on this Japanese novel a It is also rumored that she had Naseeruddin Shah and Vidhya Balan for the  key roles in the movie.She concluded that the rights to remake the movie in Hindi belongs ti her not to Jeethu.

However, the situation is dealt with and the Drishyam makers have decided to go on with the project. The movie is a family oriented movie and demonstrates the fact that nothing is more powerful than a family that stays united in the midst of crisis. The story is a family cum thriller story.  The story begins with calm and peaceful atmosphere with protagonist enjoying his life with his wife and two daughters. But as the story progresses the entire mood of the movie takes a shift from the atmosphere of tranquility to the one of tension and solemnness.  His eldest daughter gets involved in a crime by accident and is horrified by the fact that she may have to face imprisonment for that.  But protagonist vows that he will never let his daughter go to jail and works on covering up the crime.He succeeds in saving his daughter from the ordeal and bring back peace and quiet to his family. They will start shooting for the movie shortly.

Kajol In How Old Are You Remake
To Top