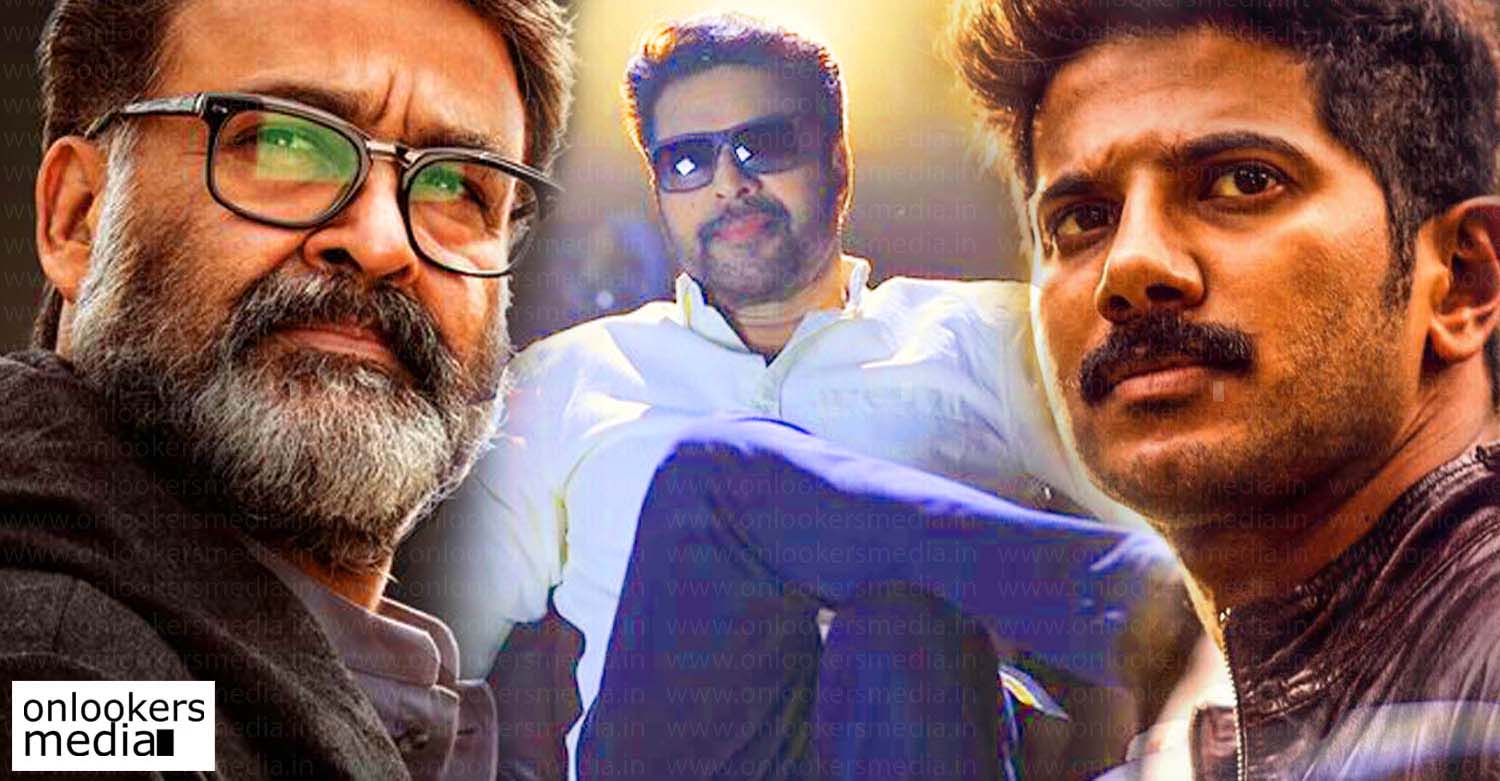 10 most anticipated Malayalam movies of 2017

2017 has seen been a great year for Mollywood till now. Several quality films like Angamaly Diaries, Take Off, Rakshadhikari Baiju Oppu, Thondimuthalum Driksakshiyum etc have graced screens so far. We are already into September and the remaining three months also promise to be a great one with some exciting films gearing up for release. Let’s take a look at the 10 most anticipated Malayalam movies of the year. Kalidas Jayaram’ long delayed will finally be releasing by the end of this year. This campus based entertainer marks the much awaited comeback of Kalidas to Mollywood. Director Abrid Shine’s successful track record and the highly impressive songs have left a positive impact on the viewers.

Even amidst all the issues related to the arrest of it’s lead actor Dileep, Ramaleela continues to be a highly anticipated movie. Debutant Arun Gopy has directed this political thriller and Tomichan Mulakupadam has produced it. The makers have announced that the movie will be releasing on September 28. Since Ramaleela is Dileep’s first release post his shocking arrest, the audience response is something that the industry insiders are eagerly looking forward to.

Carbon, directed by ace cinematographer-turned-filmmaker Venu is exciting for several reasons. It has some renowned technicians as part of the team. KU Mohanan, the man behind the visuals in movies like Don, Raees etc is making his Malayalam debut with Carbon. Vishal Bhardwaj, the National award winning filmmaker/composer is handling the music department. When such a supremely talented actor like Fahadh Faasil teams up with these veterans, expecations are naturally sky-high. Not often do you see a movie that comprises of a bunch of newcomers in the list of most anticipated films. Lilli, directed by debutant Prasobh Vijayan is one such movie. The movie’s recently released motion poster has gone viral and has fetched over 8 lakh views. Aaryan Krishna Menon, Samyukhtha Menon, Dhanesh Anand, Kannan Nayar, Sajin Cherukayil and Kevin Jose play major roles in the movie. Lilli is the latest addition to the new wave of movies that is taking Mollywood to new heights. It is being backed by E4 Entertainment, a leading production house in Mollywood. Lilli is the first movie to come out under the banner’s all new initiative E4 Experiment. Mammootty has had a mixed year so far delivering the blockbuster The Great Father, the forgettable Puthan Panam and the mediocre Pullikkaaran Staraa. Masterpiece will be his next release this year. The movie, directed by Ajai Vasudev is scripted by Udhayakrishna, who is fresh from the historic success of Pulimurugan. This mass entertainer has a blockbuster combo and is expected to reap massive commercial success. Masterpiece is being planned as the biggest release of Mammooty’s career. Solo is easily one of the most awaited South Indian films of the year. Dulquer is playing the lead in this movie directed by Bejoy Nambiar. The plethora of stars in this Tamil-Malayalam bilingual itself has created a huge buzz before release. It is an anthology of four stories and Bejoy has sketched the protagonists as the various avatars of Lord Shiva. The teasers and songs have all been highly impressive and it promises to be a one-of-a-kind experience.

Parava marks the directorial debut of noted actor Soubin Shahir. The movie has a very interesting plot that is centred around a group of teenagers and the pigeon racing in Kochi’s Mattanchery. Dulquer is playing an extended cameo role in the movie and he has repeatedly said that Parava will be one of the best films of the year. The presence of Anwar Rasheed’s name as the producer has also heightened the expectations.

Aadhi is perhaps the most anticipated newcomer’s film in Malayalam cinema history. Pranav Mohanlal is making his debut as a lead actor and the hype surrounding this movie is humongous. Jeethu Joseph is helming this movie, which is said to be an action thriller. Pranav Mohanlal undergoing Parkour training for the action scenes has also created a buzz among the audience. Aadhi is expected to hit screens by the end of this year. Mammootty has a couple of movies lined up for release this year and the most exciting among them is Peranbu. Acclaimed Tamil filmmaker Ram has directed this movie which is also being made in Malayalam, that too on Mammootty’s insistence. Talks within the industry is that the veteran star has given a sterling performance that has the potential to sweep several top awards.

This Mohanlal starrer is a crime thriller directed by B Unnikrishnan. The movie is eagerly awaited by Malayali audience as it has some big names associated with it. Tamil actor Vishal, Manju Warrier, Hansika Motwani, Srikanth and Raashi Khanna will be seen in prominent roles in the movie. It is also reportedly the first Indian movie to be shot completely in 8K resolution. Villain is slated to hit screens during this coming Pooja holidays.

Altogether, we have a mouthwatering season ahead of us. Let’s hope that all the aforementioned movies manage to live up to the expectations.

Here’s the release date of Asif Ali’s Kaattu
Ajith and Siva likely to team up for a space film!
To Top