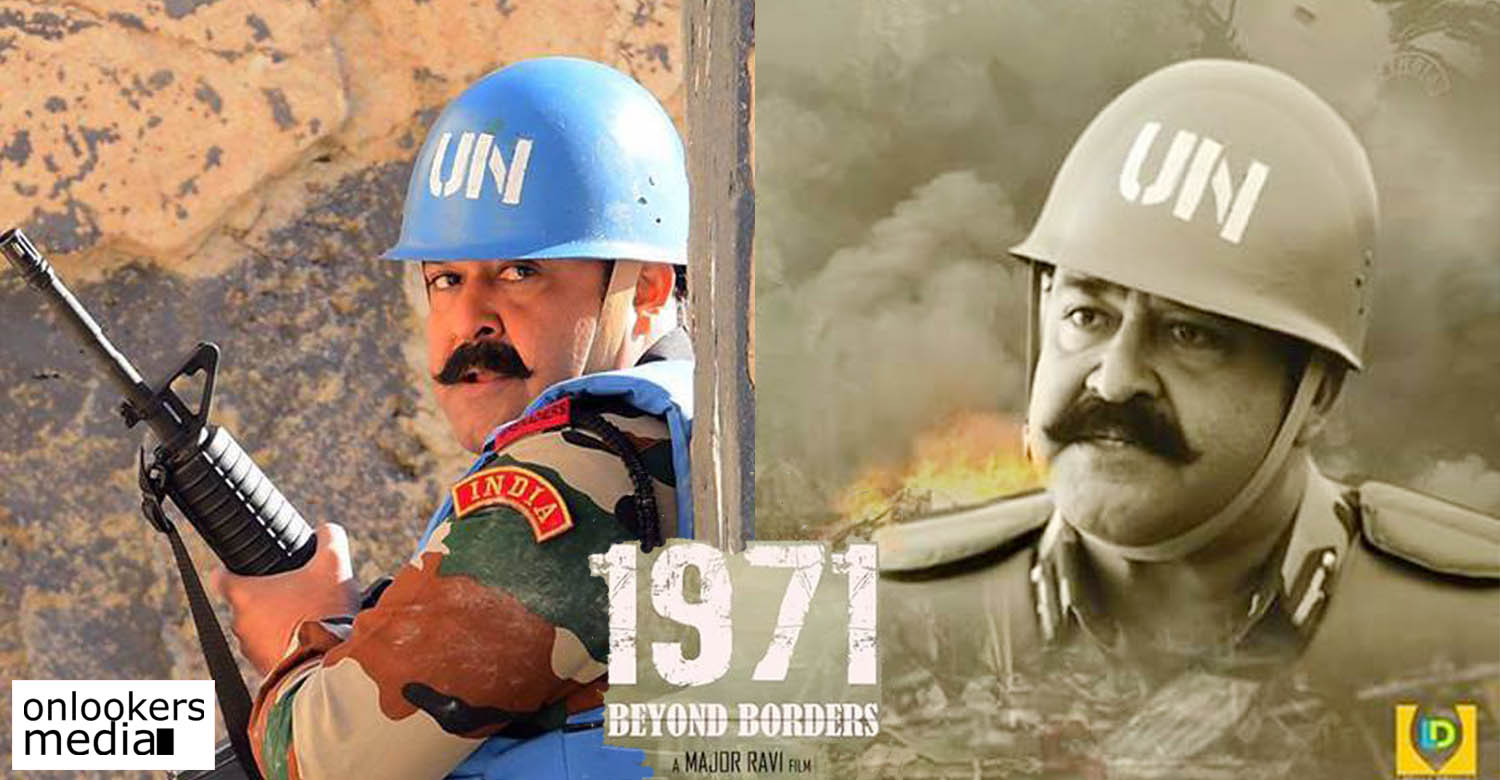 Major Ravi- Mohanlal team’s highly anticipated war drama 1971 Beyond Borders is in the final stages of post production. The movie’s official teaser was released recently to massive response from the fans. It has trending ever since the release in social media platforms.

Mohanlal in a live video interaction with his fans has announced that the movie will release on April 7 as a Vishu release. Some other major releases like Nivin Pauly’s Sakhavu and Dulquer Salmaan’s CIA is expected to hit screens during the Vishu holidays. Mammootty’s The Great Father is scheduled to release on March 30.

1971 Beyond Borders is based on the 1971 war between India and Pakistan. Mohanlal is playing a dual role in the movie. He will be seen portraying the characters of Mahadevan and his father Sahadevan. This is the fourth movie in the Major Mahadevan series after Keerthichakra, Kurukshetra and Kandahar.

Sujith Vassudev has wielded the camera while Rahul Subramanian and Sidharth Vipin have scored the music. This big budget movie is produced by Haneef Mohammed under the banner Red Rose Creations.

“Please don’t do any compromise for me” : Mammootty to Shyam Dhar
Oru Mexican Aparatha first day collection; The movie has grossed more than 3 crores: Producer Anoop Kannan
To Top