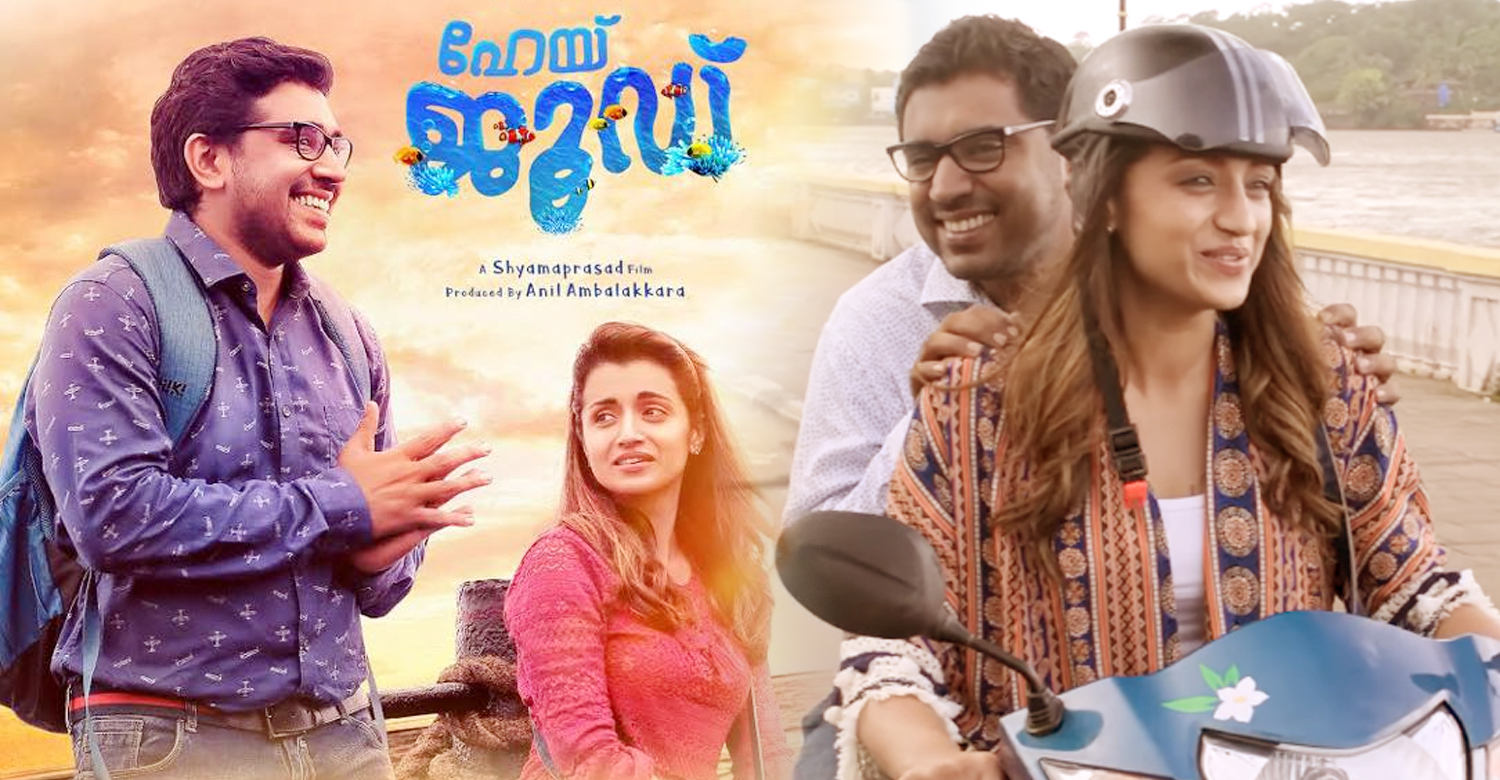 2 lakh views within a day for Hey Jude song teaser!!

Nivin Pauly’s Hey Jude is gearing up for release next month. Ace filmmaker Shyamaprasad is helming this eagerly awaited movie. It marks the Malayalam debut of leading South Indian actress Trisha. The promos have all been highly impressive and the recently released song teaser has fetched a whopping 2 lakh views in 24 hours time.

The song titled “Yela La La” is rendered by Madhav Nair and set to tunes by Gopi Sunder. BK Harinarayanan has penned the lyrics for this catchy song. It has been getting great response from the listeners in social medias.

Hey Jude, scripted by Nirmal Sahadev and George Kanatt, is a musical romantic tale set against the backdrop of sea. Nivin Pauly’s character Jude is an oddball with an eccentric nature. Trisha plays the character Crystal, a free spirited young woman. The movie showcases the events that occur when two such people end up in a relationship. It is about how love and understanding transforms Jude’s life.

Siddique, Vijay Menon, Aju Varghese and Neena Kurup are also part of the supporting cast. Veteran music director Ousepachan is handling the music department with additional songs by Gopi Sunder. Girish Gangadharan, noted for his works in films like Guppy and Angamaly Diaries, has wielded the camera.

Hey Jude is being produced by Anil Kumar under the banner of Ambalakkara Global Films. The movie will be hitting screens all across Kerala on February 2 through E4 Entertainment.

The Zoya Factor: Dulquer Salmaan in Sonam Kapoor’s next!
Celebrities heap praise on Queen!!
To Top