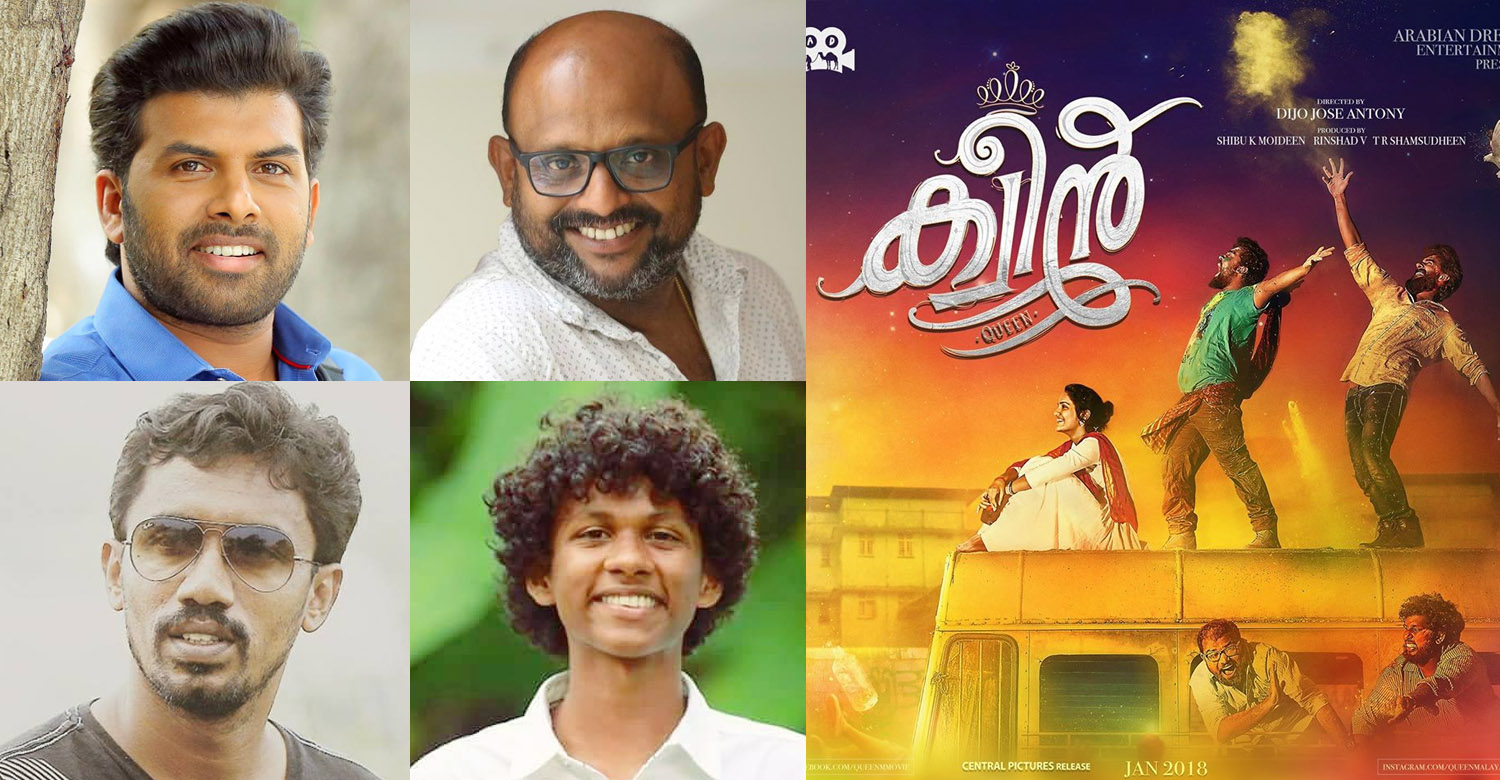 Queen continues to garner great response from the audience as the movie has successfully entered its second week of theatrical run. The youth audience in particular has lapped up the movie. The movie directed by debutant Dijo Jose Antony has a bunch of newcomers on the lead roles.

Not just the commoners, celebrities have also showered praise on the movie. Sunny Wayne, ‘Guppy’ fame Master Chethan Lal, director Jibu Jacob and Midhun Manuel Thomas are some of the noted personalities from the industry to have appreciated the movie wholeheartedly.

Queen, scripted by Sharis Mohammed and Jebin Joseph Antony tells the story of a group of mechanical engineering students. The plot evolves after the arrival of a girl who joins mech, a stream which is generally considered as a boys only fort. The movie also has a thriller element in it with a very relevant social message. Word of mouth is extremely positive for the movie in social medias and is expected to continue its great run in the coming weeks.

Queen’s lead cast as well as the technical crew largely comprises of newcomers. Suresh Gopi has wielded the camera and Sagar Dass is in charge of the edits. The movie is produced by Arabian Dreams and Entertainment headed by Rinshad Vellodathil, TR Shamsudeen and Shibu K Moideen.