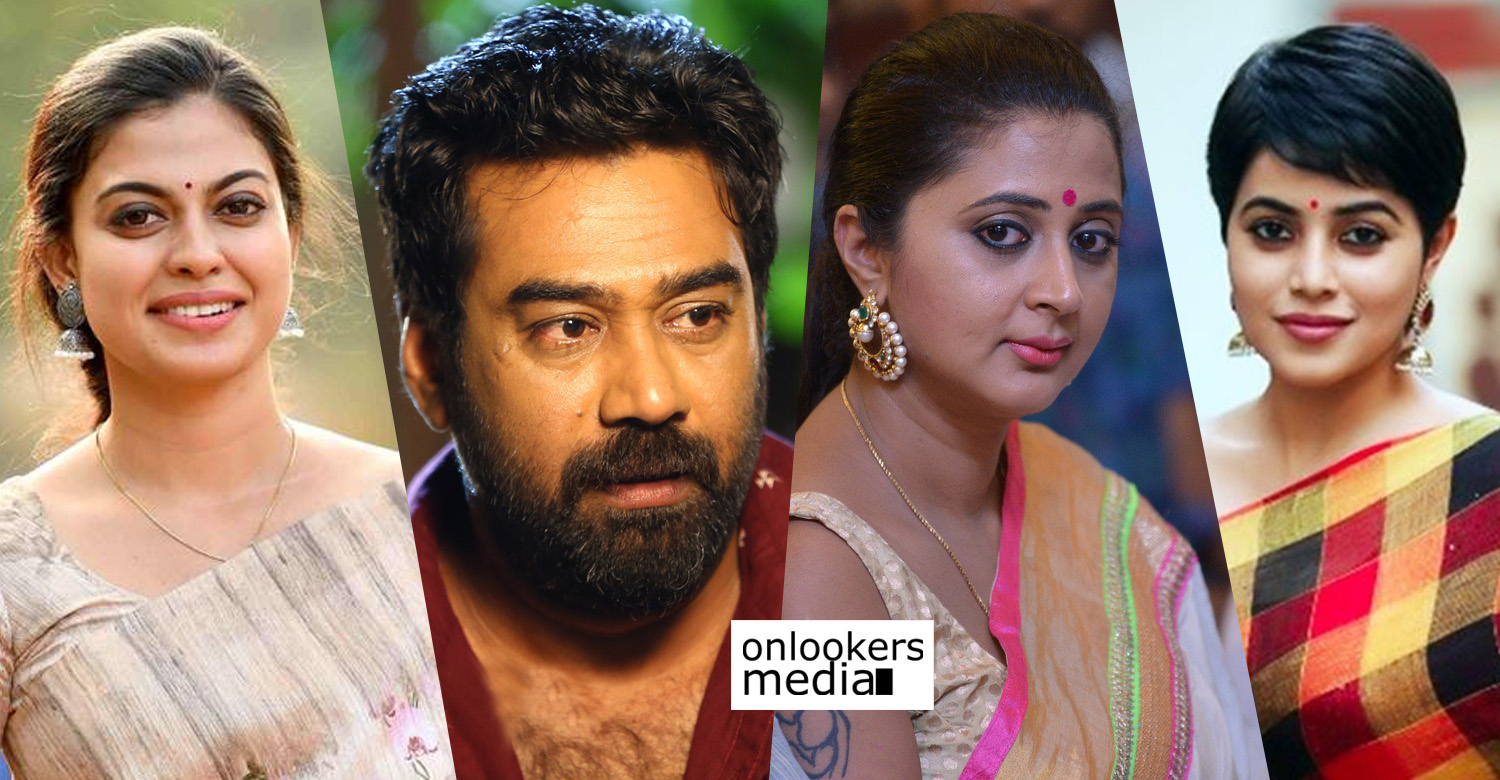 Aanakallan: Anusree, Shamna Kasim and Kaniha in Biju Menon’s next

Recently, we had reported that Biju Menon will next be teaming up with Suresh Divakar of ‘Ivan Maryadharaman’ fame. Udhayakrishna is scripting this movie, which has reportedly been titled as Aanakallan. The movie is touted to be a full on comedy entertainer. The makers have signed Anusree, Shamna Kasim and Kaniha as the three female leads.

Shoot for the movie will kick-start on June 20. Trivandrum, Palakkad and Coimbatore have been finalized as the major locations. Biju Menon’s last few releases – Rosapoo, Sherlock Toms, Orayiram Kinakkal failed to create an impact at the box office. He will be hoping to get back to winning ways very soon. His next to hit screens is Padayottam, a dark comedy directed by debutant Rafeek Ibrahim. The actor has also committed for movies with Lal Jose and G Prajith of ‘Oru Vadakkan Selfie’ fame.