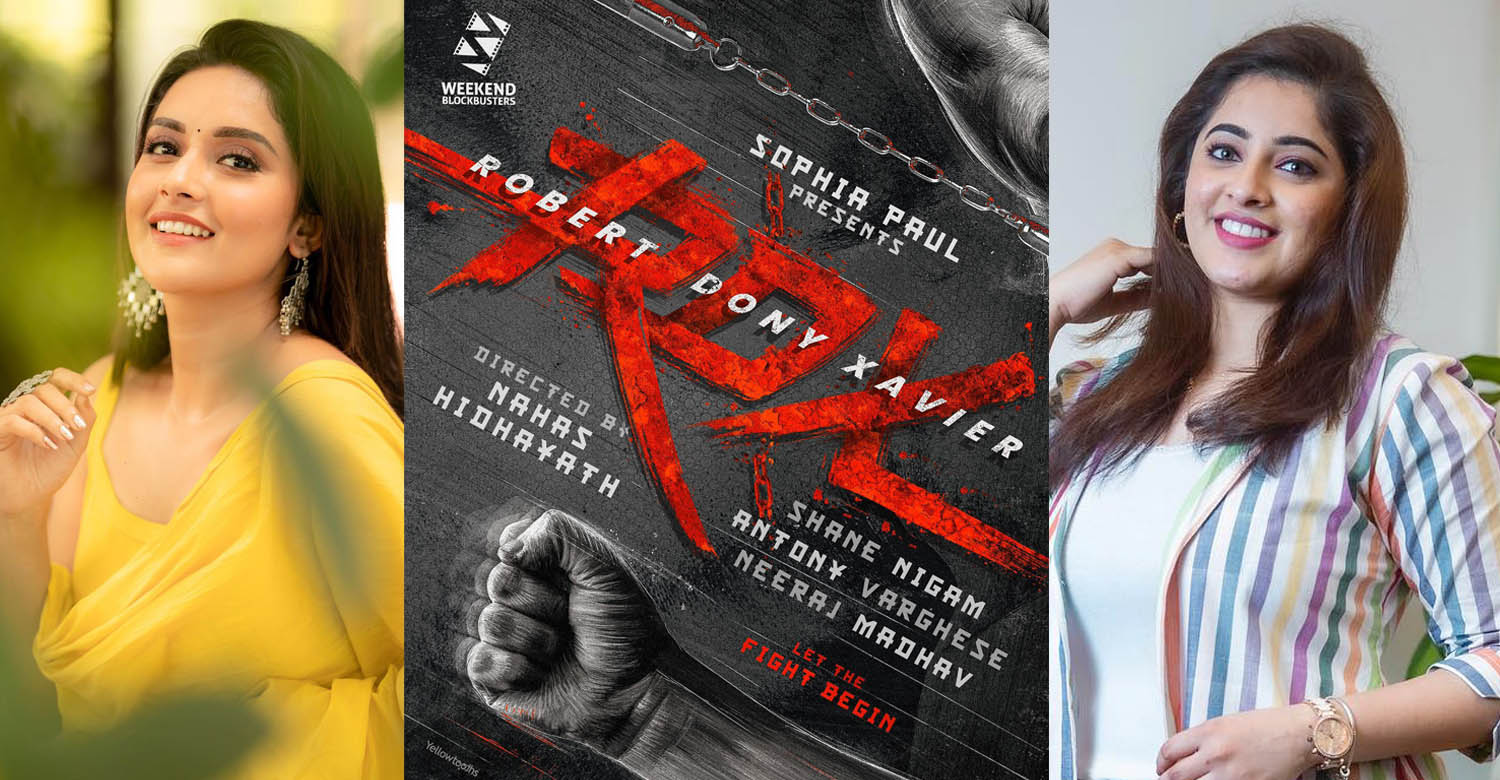 As reported recently, Antony Varghese, Neeraj Madhav and Shane Nigam are teaming up for a new film titled ‘RDX’. Touted to be an action-packed entertainer, the film is produced by Sophia Paul of Weekend Blockbusters. Debutant Nahas Hidhayth will be directing ‘RDX’ and it is scripted by Shabas Rasheed and Adarsh Sukumaran.

Aima Rosmy Sebastian and Mahima Nambiar have been signed as the female leads in ‘RDX’. While the former was last seen in a full-fledged role in ‘Munthirivallikal Thalirkkumbol’, Mahima is a busy actress in Tamil. This year alone, she has had two releases so far — Ayngaran and Oh My Dog.

‘RDX’ is said to be a thriller set in Kochi. The film will be high on action and the makers have got popular stunt choreographer duo AnbAriv on board. They are known for their work in the ‘KGF’ films, ‘Kaithi’ and ‘Vikram’. ‘RDX’ marks their Malayalam debut. The technical crew also includes composer Sam CS and cinematographer Alex J Pulickal.