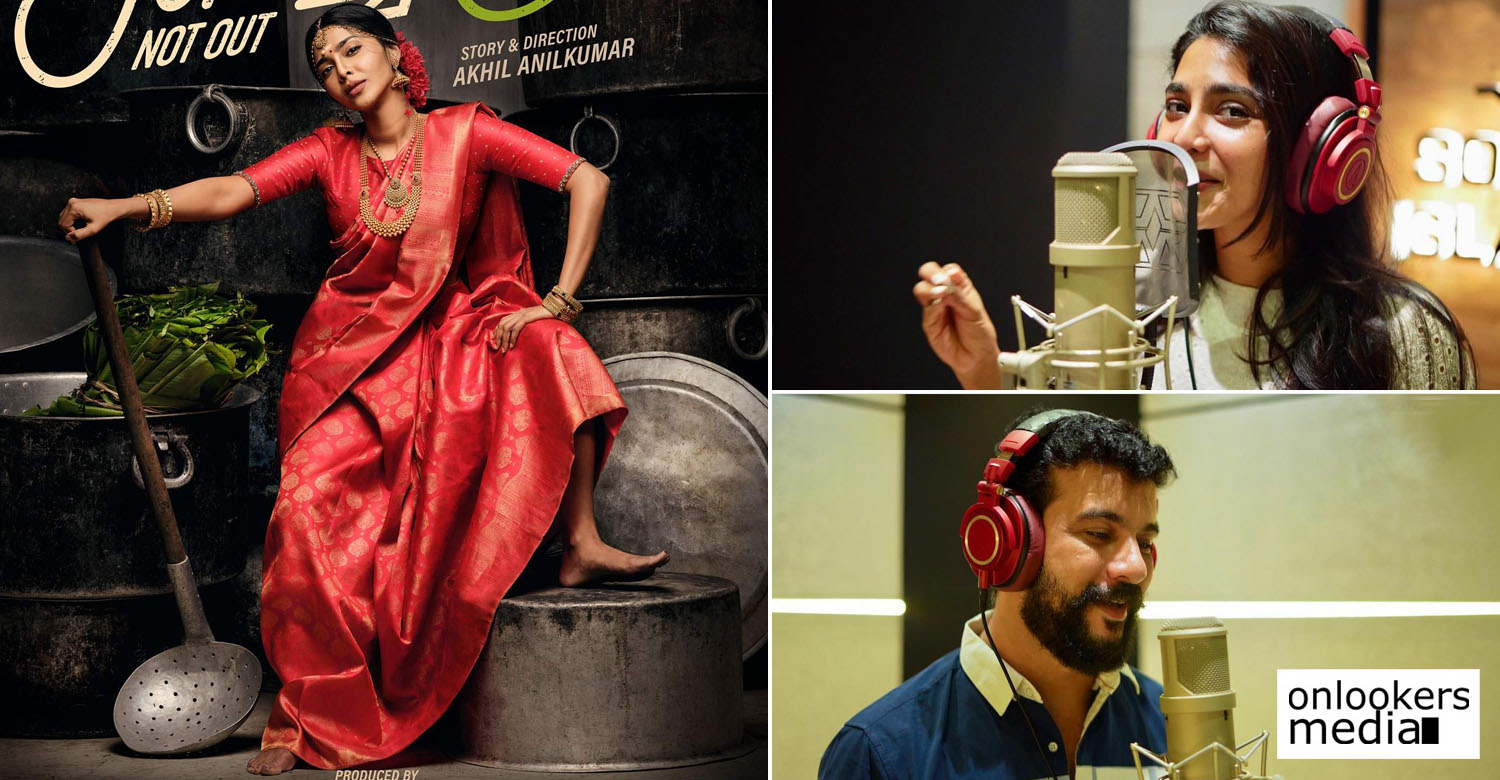 ‘Archana 31 Not Out’ is an upcoming film starring Aishwarya Lekshmi in the titular role. It is directed by debutant Akhil Anilkumar and produced jointly by filmmaker Martin Prakkat, Siby Chavara and Renjith Nair. The film’s shoot has already been completed and is currently in the post production phase.

Last day, the makers recorded a new song, which has vocals by Aishwarya Lekshmi and actor Ramesh Pisharody. From the photos shared in their social media handles, it seems like both of them enjoyed the recording session. It is most likely to be a fun, jolly-kind of track. Newcomer Mathew James is the composer.

‘Archana 31’ is Aishwarya Lekshmi’s maiden film as a solo lead. The film promises to be a fun entertainer revolving around the titular character’s attempts to get married. The film set in a rustic backdrop was mostly shot in Palakkad. It will be interesting to see how Aishwarya carries the film on her shoulders.

Director Akhil Anilkumar has penned the screenplay along with Ajay Vijayan and Vivek Chandran.
Cinematography is by Joyal Joji and edits are handled by Mushin PM

Dance choreographer Jani’s birthday celebrated on the sets of Beast
Valimai first look and motion poster to be out this month!
To Top