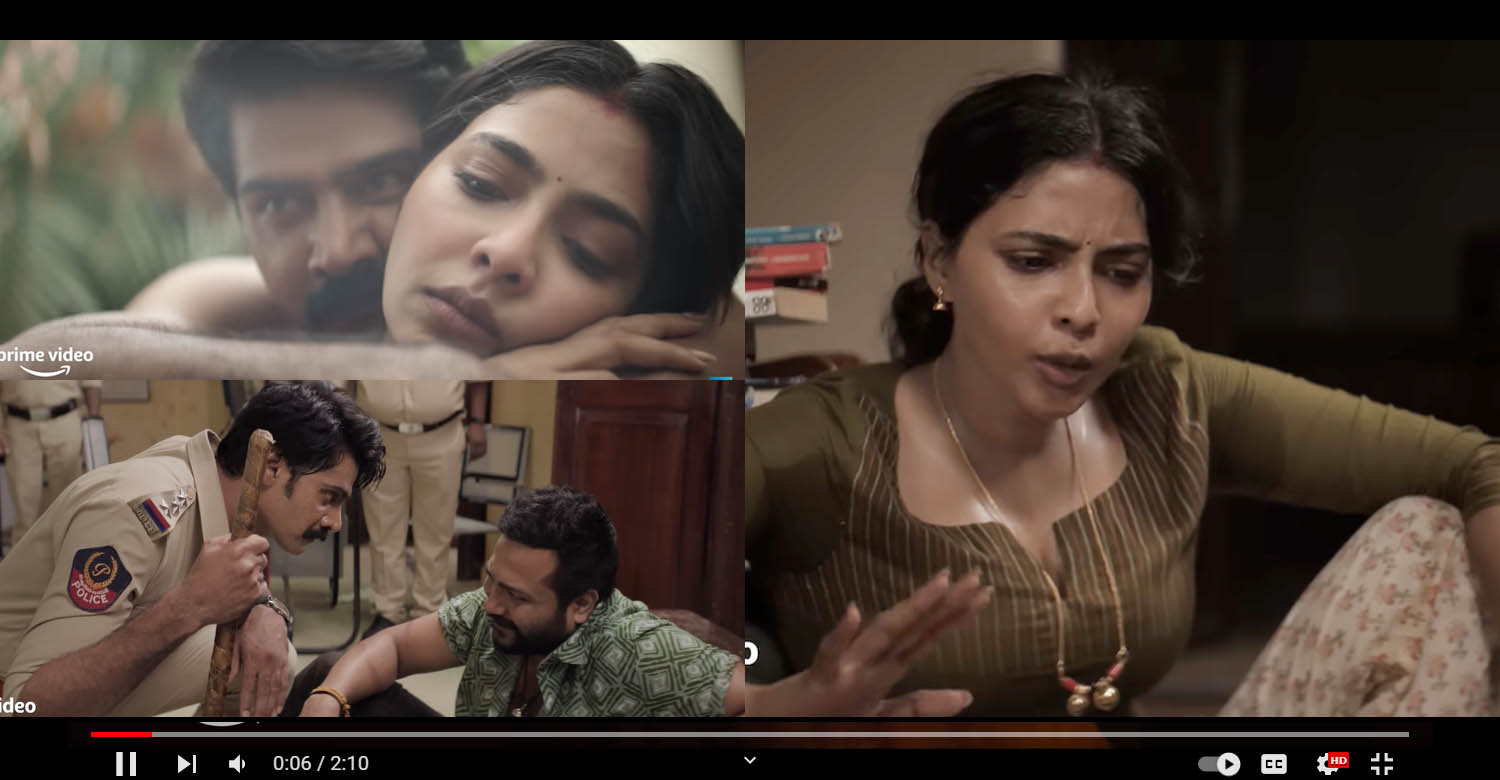 Aishwarya Lekshmi’s new Telugu film ‘Ammu’ is gearing up for a direct release on Amazon Prime Video. The film is written and directed by Charukesh Sekar, who has earlier made the Tamil web series ‘Triples’. Last day, the trailer of ‘Ammu’ got released online. It tells the story of a young woman who is subjected to domestic abuse from her police officer husband. As things get out of control, Ammu retaliates. Aishwarya Leksmhi plays the titular character while Naveen Chandra essays the role of her husband. Bobby Simha, Maala Parvathy and Anjali Ameer are also there in prominent roles.

Ammu thought marriage was a fairy tale – full of love and magic. It all changed when her cop-husband Ravi hit her for the very first time. What Ammu thought was a one-off incident turned into a never-ending cycle of abuse, trapping her and breaking her soul and spirit. Pushed to her limits, Ammu teams up with an unlikely ally to break free.

‘Ammu’ is produced by Kalyan Subramaniam, Kaarthekeyen Santhanam. Tamil filmmaker Karthik Subbaraj is the creative producer for this film, which is slated to premiere on October 19, 2022.