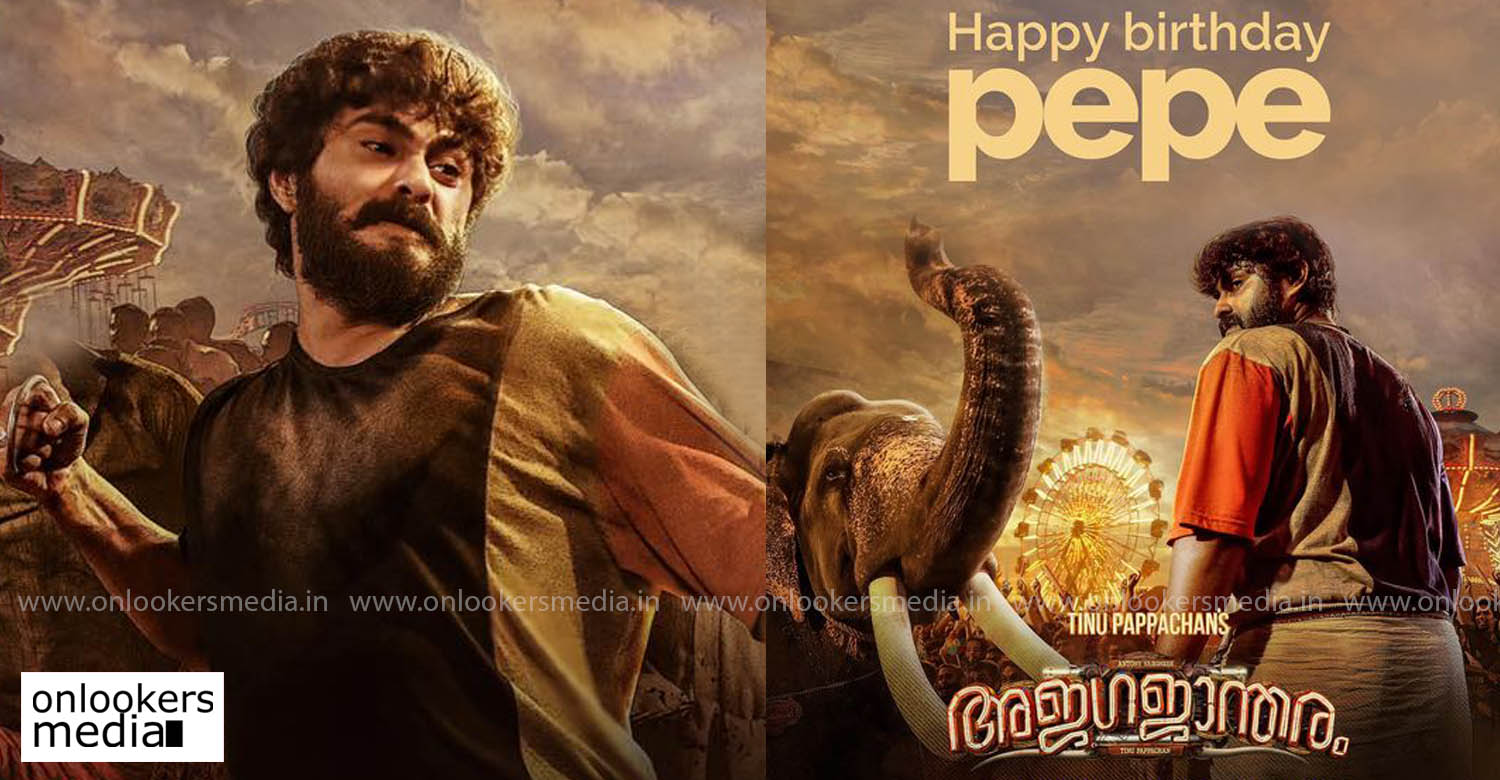 Antony Varghese is celebrating his birthday and the promising young actor has been showered with wishes in social medias. On this occasion, the makers of his upcoming film ‘Ajagajantharam’ have released a special poster featuring him. Directed by ‘Swathanthryam Ardharathriyil’ fame Tinu Pappachan, the film has seen a long delay in release due to the pandemic. As theatres reopen in Kerala on October 25, the makers are hopeful of releasing it immediately.

‘Ajagajantharam’ is a full-on action entertainer set in the backdrop of a temple festival. ‘Angamaly Diaries’ (AD) actors Vineeth Viswam and Kichu Tellus have scripted the film. Antony reportedly plays the lead role of a mahout in it. Arjun Ashokan, Lukman, Kichu Tellus, Sabumon, Jaffer Idukki, Sudhi Koppa and Vineeth Viswam will be seen essaying other major roles.