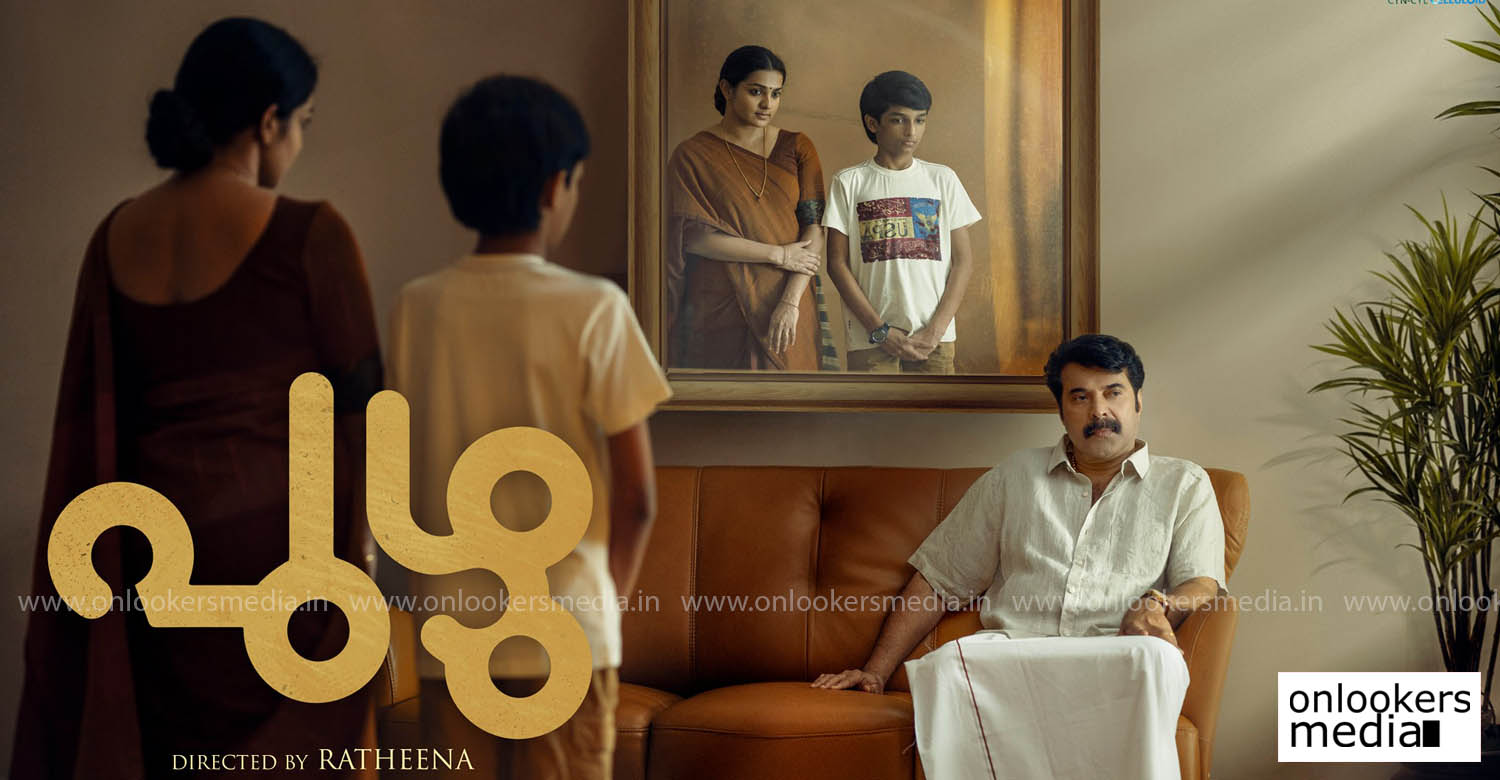 The second look poster of ‘Puzhu’ got released recently. The two lead actors, Mammootty and Parvathy feature in the poster. A teenage boy is also playing a major role in the film and he is also seen in the poster.

‘Puzhu’ directed by debutane Ratheena is an eagerly awaited film as it has many promising names in the cast and crew. The film has its story written by ‘Unda’ fame Harshad. He has penned the screenplay along with Suhas and Sharfu, who made their debut with ‘Varathan’ and later co-wrote the multi-starrer ‘Virus’. Theni Eswar, who has cranked the camera for several acclaimed Tamil films, is making his Malayalam debut with ‘Puzhu’. Jakes Bejoy has been assigned as the music director and Deepu Joseph is handling the edits.

Mammootty’s long time associate S George is producing ‘Puzhu’ and Dulquer Salmaan’s Wayfarer Films will be releasing it in theatres. The film’s shoot is currently progressing in Ernakulam.