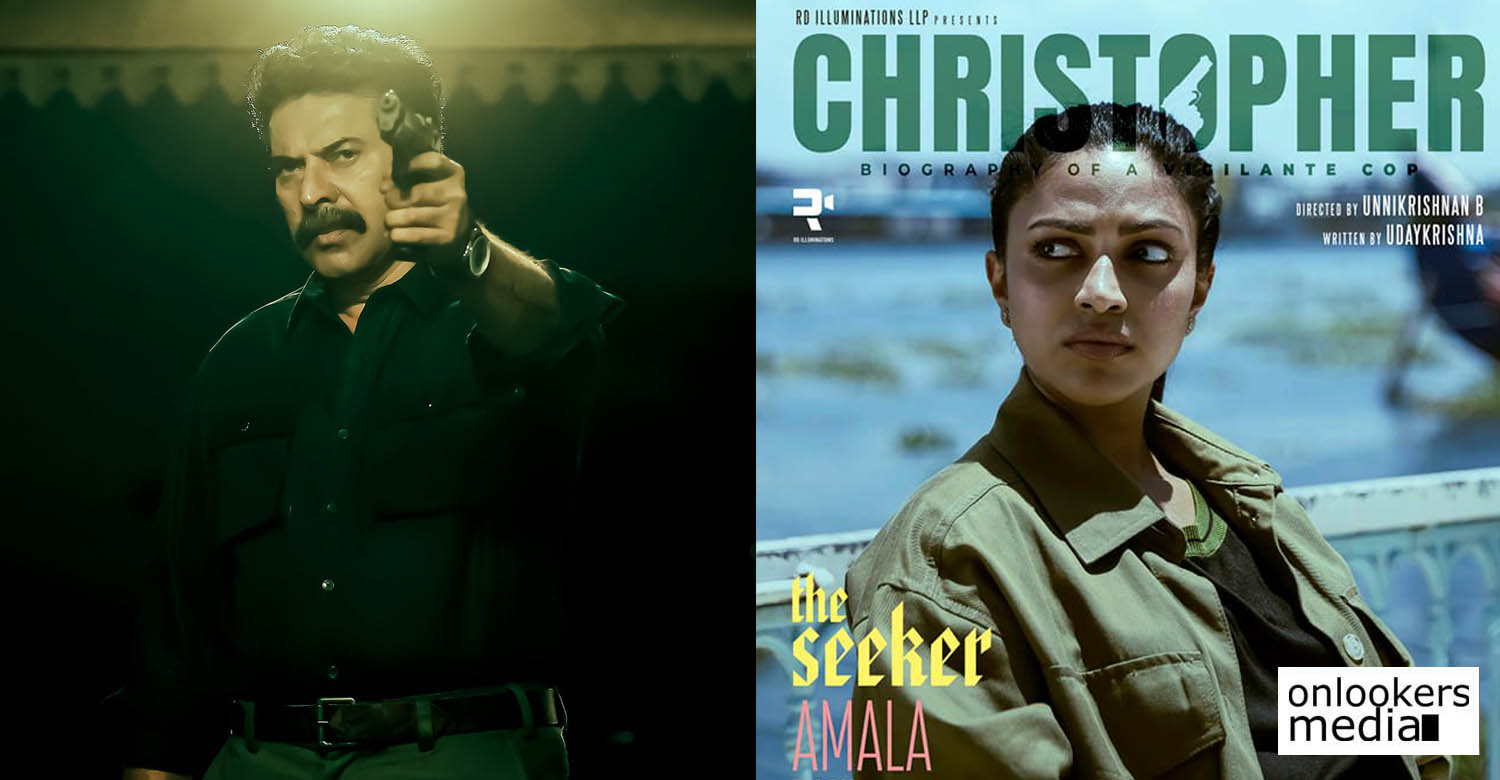 Mammootty’s ‘Christopher’ is gearing up for release. The makers have started introducing the characters by releasing posters. After sharing a poster featuring Shine Tom Chacko, Amala Paul’s look is now out. She plays a character named Sulekha in the film. Her character is defined as ‘the seeker’. 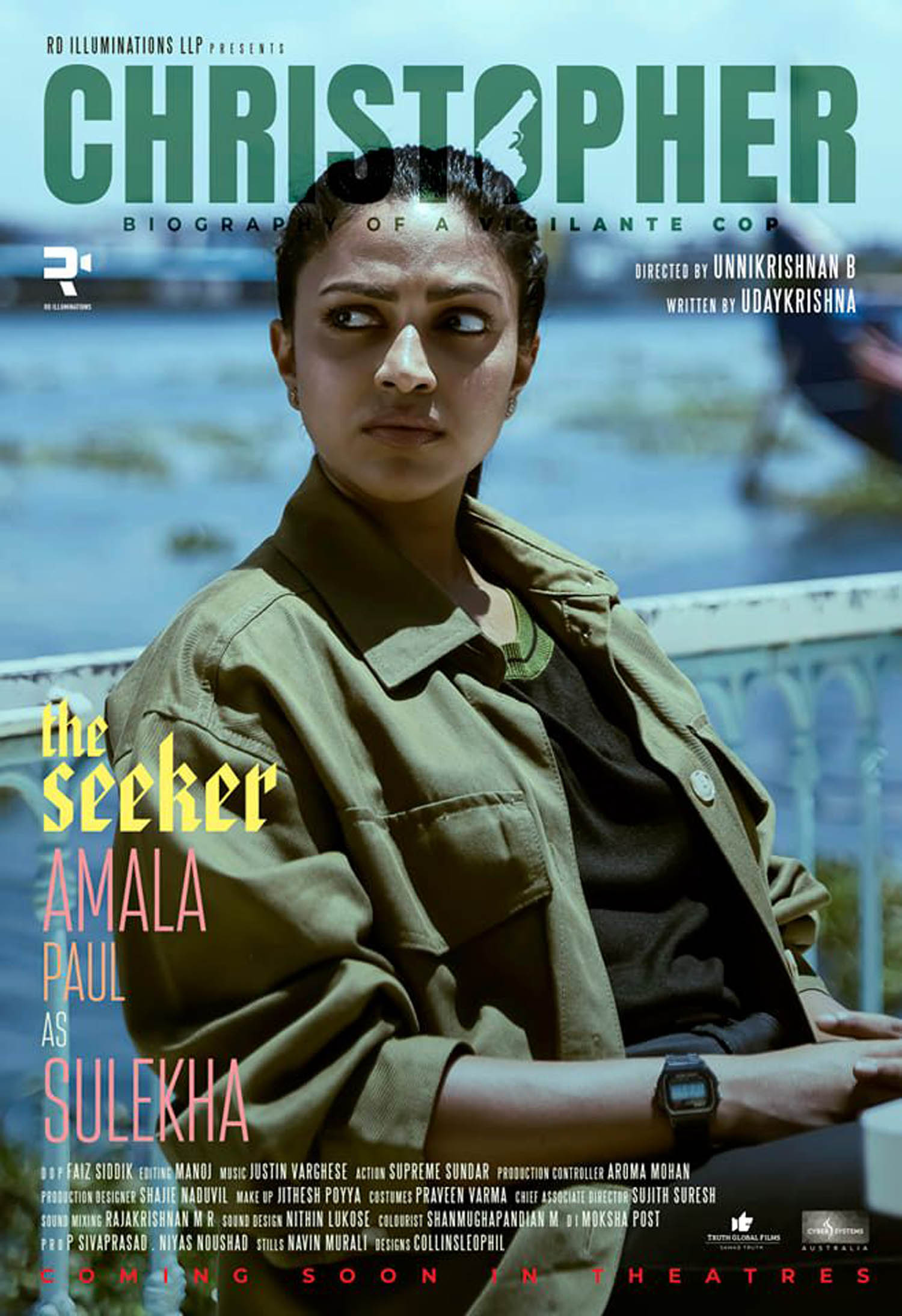 Touted to a crime investigative thriller, ‘Christopher’ is directed by B Unnikrishnan. Udhayakrishna has scripted the film which is said to be based on a real incident. The film marks Mammootty’s reunion with filmmaker B Unnikrishnan after a gap of 12 long years. They last worked together in ‘Pramani’.

Sneha, the female lead in that film, is also part of ‘Christopher’. Aishwarya Lekshmi is the other female lead. Tamil actor Vinay Rai is essaying the villain’s ole. ‘Agent Tina’ Vasanthi, Shine Tom Chacko, Dileesh Pothan, Vineetha Koshy and Jinu Joseph will be seen in other supporting roles.

B Unnikrishnan’s RD Illuminations LLP is producing the film. Faiz Siddik of ‘Operation Java’ fame is the cinematographer. Manoj is editing the film and music is scored by Justin Varghese.