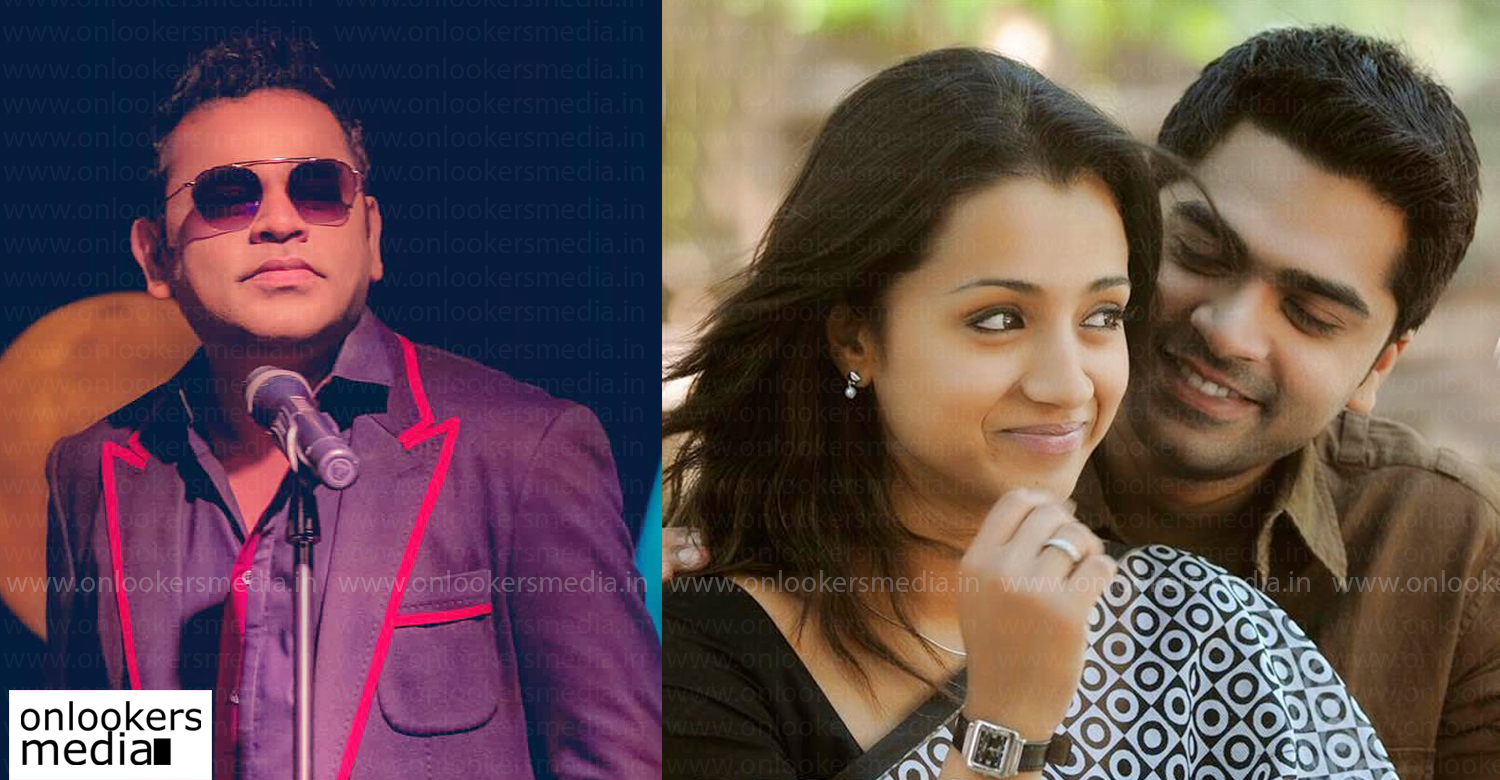 As reported by us recently, director Gautham Menon and Trisha are coming together for a lockdown short film titled ‘Karthik Dial Seytha Yenn’. It has Trisha reprising her character Jessie from the superhit film ‘Vinnaithaandi Varuvaayaa’ (VTV). The short film’s teaser was released last week and got good feedback in social medias.

Latest reports suggest that, AR Rahman will be composing music for the short film. The ace composer’s sensational music in ‘VTV’ had played a big factor in the film’s success. It will be very exciting to see ARR recreating the iconic score once again.

‘VTV’ starring Trisha and Simbu in the lead roles is a poignant romantic tale of a Malayali Christian girl and an aspiring filmmaker. The film has a heartrending ending with the lovers getting separated. So everyone’s eager to see how the story evolves in the short film.

‘Karthik Dial Seytha Yenn’ has been shot completely following lockdown protocols. The teaser features Trisha as Jessie speaking over phone to Karthik and motivating him about his filmmaking career. Trisha’s mother Uma Krishnan shot the portions. The short film is expected to be released online very soon.

Suresh Gopi signs a new film with Jeem Boom Bhaa director Rahul Ramachandran!
Medhavi: Arjun and Jiiva to team up for the first time!
To Top