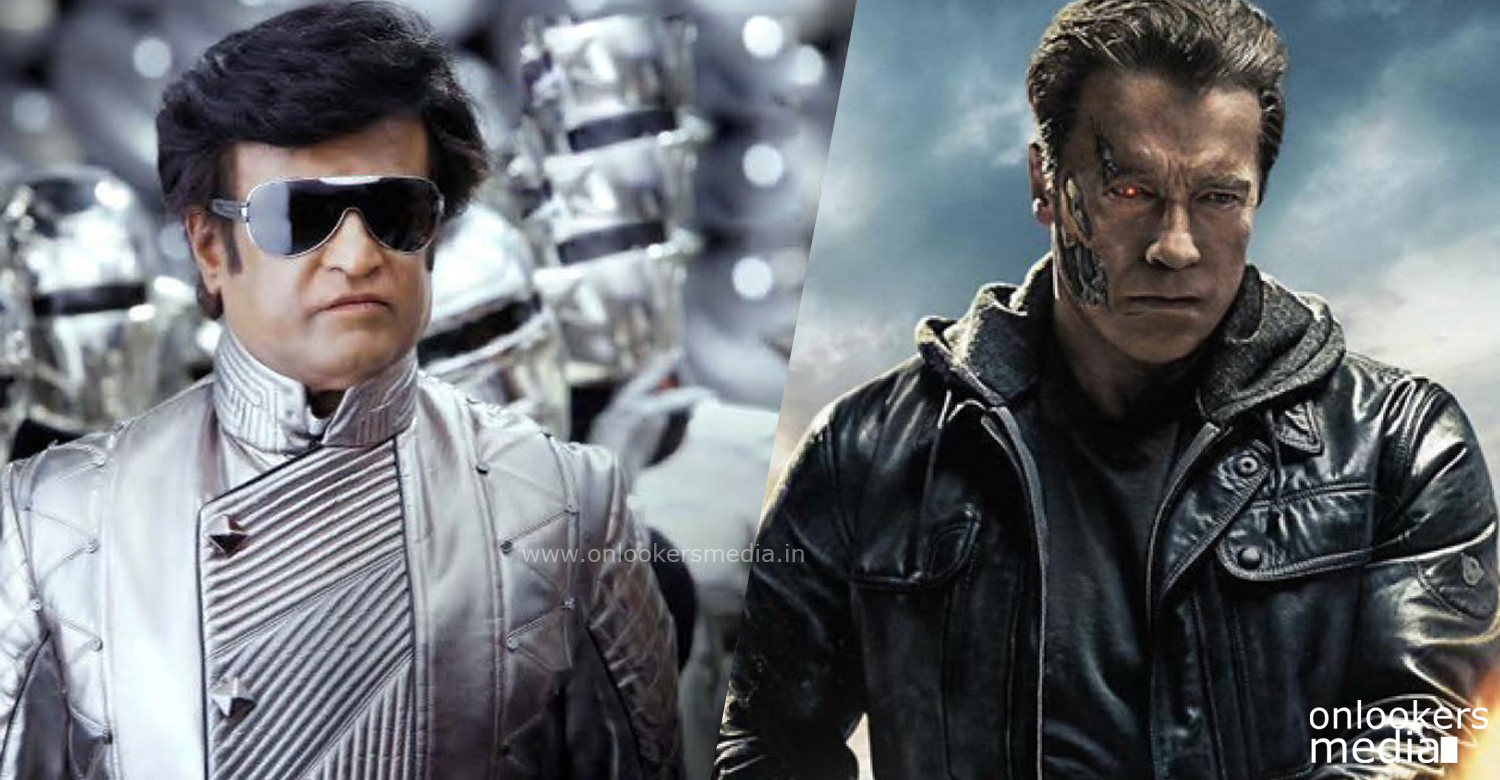 A great news coming in which said to be a confirmed one from Kollywood and it is the arrival of Hollywood super star Arnold Schwarzenegger to Indian silver screen and that in a film directed by Shankar with super star Rajinikanth in the lead. There has been lot of news which came about Shankar’s next venture named Enthiran 2 (Robot 2) and the star cast of the film. And now it is almost confirmed that Arnold will play the Villain character in this film Opposite Rajinikanth and it will be once in a life time opportunity for the film lovers to see these actors together on screen and up against each other.

As per the latest reports the film will start in this upcoming January and Arnold will come for a 25 day shoot in India. As per the unofficial reports Arnold Schwarzenegger demands a salary of rupees 100 crore for the 25 days of shoot planned here with him. It was Arnold who came for the audio launch of ‘Ai’ and at that time he expressed his wish to be a part of Indian cinema, specially Tamil cinema. That is why Shankar approached him with this project and he had responded positively.

Before Arnold there are many rumors came about Aamir Khan, Kamalhaasan, Chiyaan Vikram, Hrithik Roshan etc may play the villain role in this film but nothing materialized. But even now there is news that the team behind the film is trying to rope in Aamir Khan and Deepika Padukone too in this film. The film said to have three heroines and one heroine is already selected and that is Shankar’s ‘Ai’ heroine Amy Jackson.

As per reports the pooja function of the film will be held at Chennai on Decomber 12th and it was the special day for tamil people as it is the birthday of their thalapathay Rajinikanth. Rajni is in the sets of his upcoming film directed by Pa Ranjith named Kabali in which he playing a Don from Chennai. Anyway the fans of the super star is in for treat in coming years.