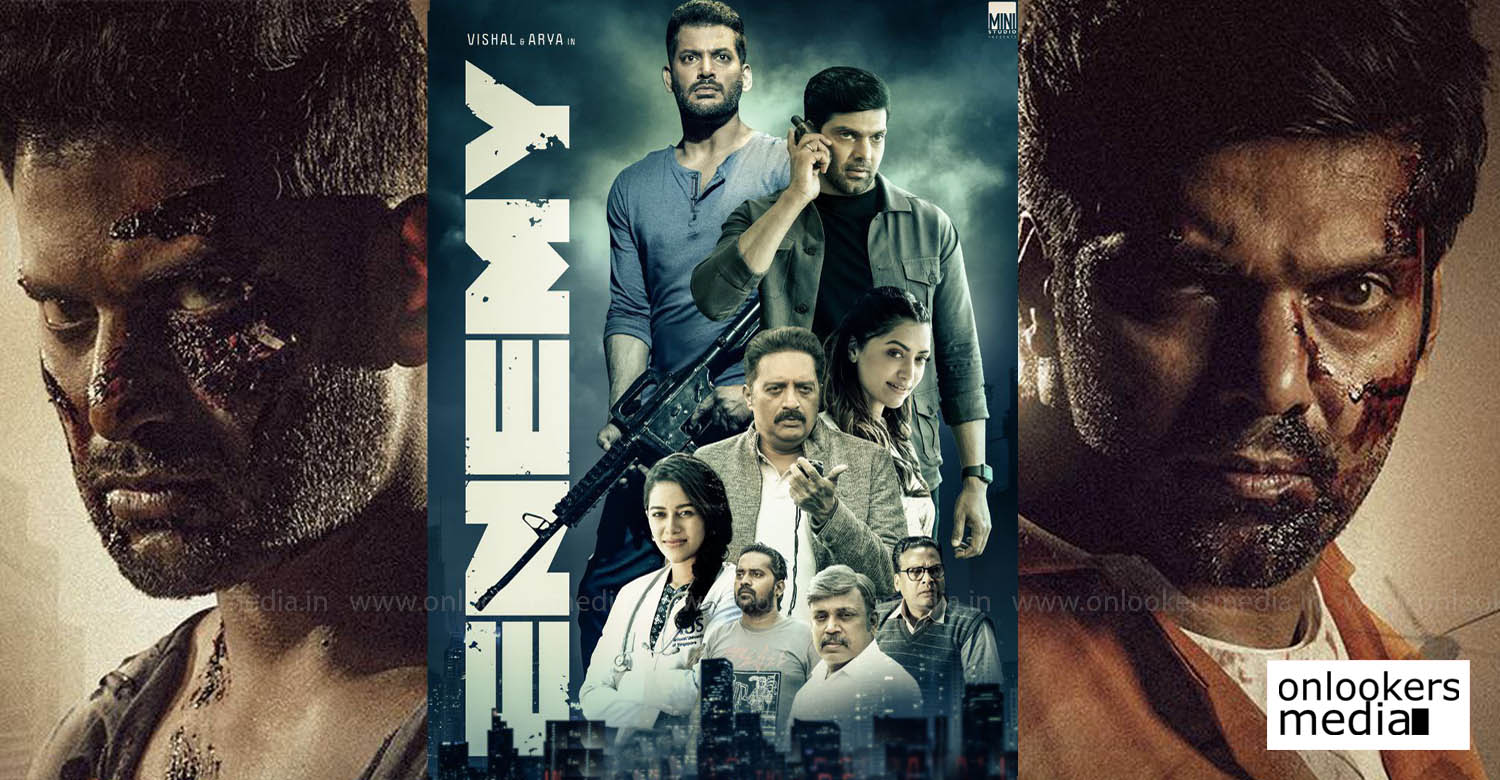 As reported earlier, Arya and Vishal are coming together for a new film titled ‘Enemy’. Anand Shankar of ‘Arima Nambi’ and ‘Irumugan’ fame is directing the film. The makers have announced that the film has been censored with a U/A certificate and it will be hitting screens for Deepavali. Rajinikanth’s ‘Annaatthe’ and Simbu’s ‘Maanaadu’ are the other two biggies slated for Deepavali release.

‘Enemy’ has Vishal as the protagonist and Arya essaying the villain role. Malayali actress Mamta Mohandas is paired with Arya and Mirnalini Ravi of ‘Super Deluxe’ fame essays the other female lead’s part. The film’s recently released teaser heightened the expectations as it promises to be a treat for action lovers.

RD Rajasekhar has cranked the camera and songs are composed by S Thaman. Sam CS has handled the background score. The film is produced by S Vinod Kumar under the banner of Mini Studio.