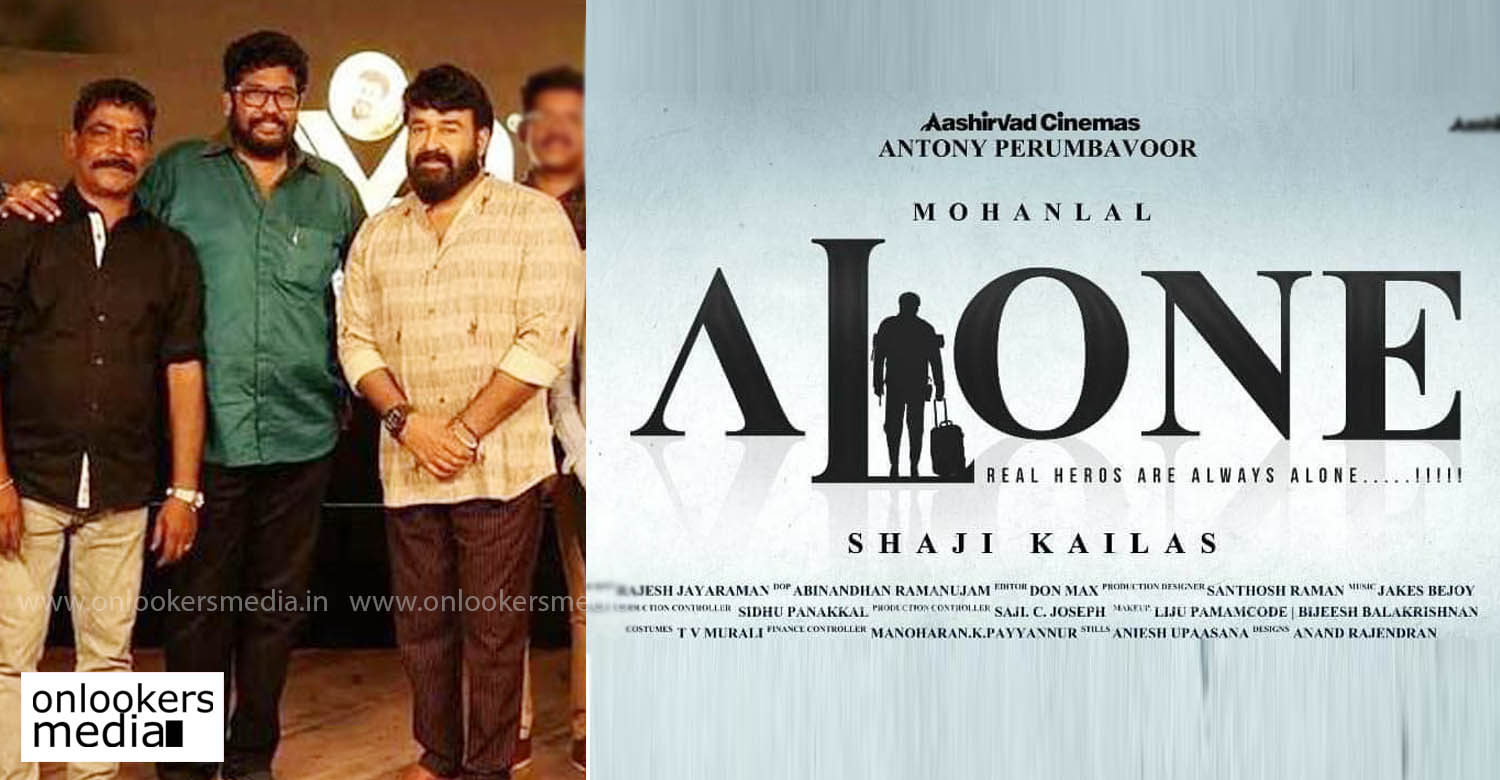 Shoot for Mohanlal’s new film with Shaji Kailas had recently begun. Last day, the makers officially announced the film’s title as ‘Alone’. Unconfirmed reports suggest that it will mostly be a single-actor film, which is set in a single location. It is scripted by Rajesh Jayaraman, who has previously penned films like ‘Time’, ‘Bangkok Summer’, and ‘Sound of Boot’.

‘Alone’ is said to be a small-scale investigative thriller that will be shot within a month’s time following all the Covid protocols. Abinandhan Ramanujam is the cinematographer and music department will be handled by Jakes Bejoy. Don Max is in charge of the edits and Santhosh Raman, the production design.

Antony Perumbavoor is producing ‘Alone’ under the banner of Aashirvad Cinemas. The makers are reportedly eyeing a direct OTT release. Mohanlal’s upcoming films ’12th Man’ and ‘Bro Daddy’, produced by the same banner, are also in talks for OTT release.