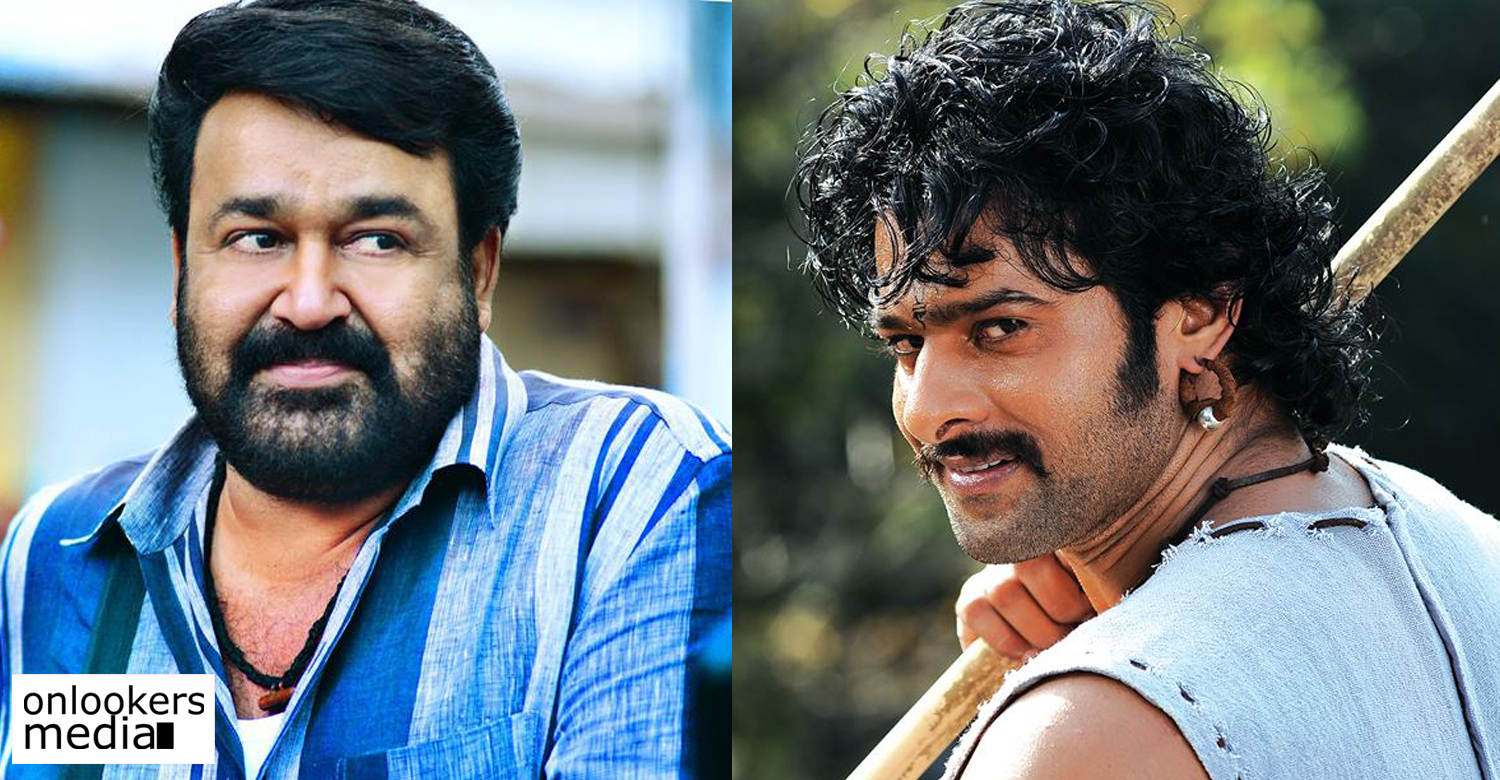 Manamantha, the Telugu debut of super star Mohanlal as hero is getting fabulous reviews from all over and it had already become a box office success in all three languages it had released. The movie has been released in Malayalam as Vismayam and in Tamil as Namadhu. Great response is coming from all three languages and people praising Chandra Sekhar Yeleti for his great screenplay and direction.

Audience and critics alike giving tremendous applause to Mohanlal as well and the Telugu Film lovers says that Mohanlal once again proved that he is the Complete Actor of Indian Cinema. Now, Baahubali hero Prabhas had come out through his official Facebook page and said that he is waiting to see Manamantha.

He said that he heard great reviews about this movie and really want to see the movie at the earliest as possible. He said that he always loves the writings of Chndra Sekhar Yeleti and don’t want to miss this one from him. On the first day of the movie itself, Baahubali director SS Rajamouli had come out praising the movie and actor Mohanlal. Both SS Rajamouli and Prabhas is now busy with the shoot of Baahubali 2 at Hyderabad and it will hit the screens on 2017, April 28.

Anyway, Manamantha is really conquering South India and Mohanlal weaved his magic once again with his performance.