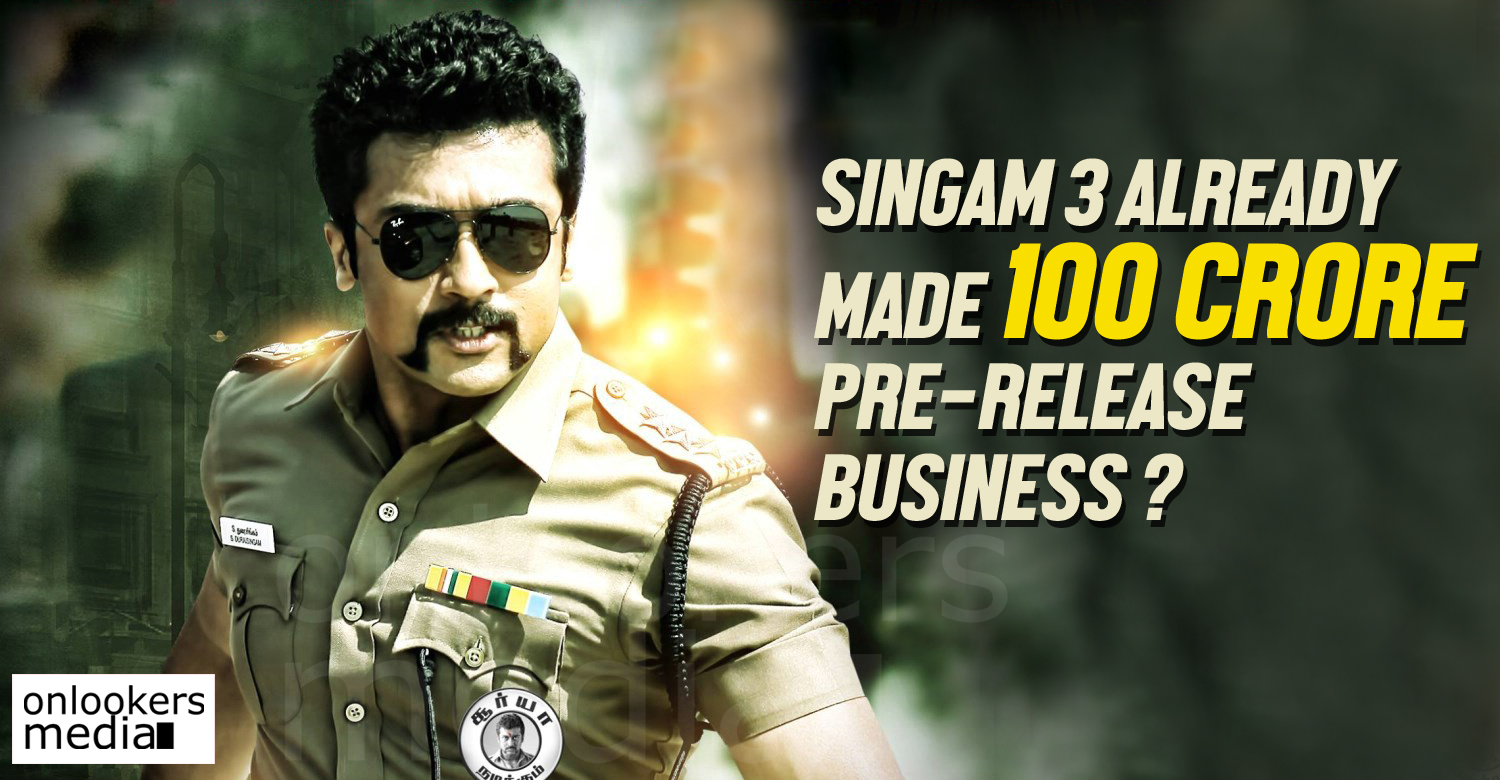 Singam 3 is the upcoming release of Kollywood star Suriya and it will be the third film of the Singam series. Hari had directed the first two parts of the movie and he is helming this one too. First two parts of this Sigam series were money spinners at box office and the fans of Suriya hoping that this 3rd one in the series will also become a huge box office success.

As per the latest report that is coming in, the flick had already started to rake in huge amount of money as its theatrical rights has been sold out for great prices. The Tamil Nadu rights of the movie is sold for a whopping price of 41 crores and Udayam Entertainments bagged it. The Telugu rights were 18 crores, which was bagged by Malkapuram Shiva Kumar. The Kerala rights were sold for 3.5 crore and the Karnataka rights was 4.5 crore.

When we add the satellite right, music right and also the overseas rights, the flick had done a business around 100 crores already. Anushka Shetty and Sruthi Hasan playing the female leads in this movie and Harris Jayaraj had tuned the music.

The film is in its final schedule and will hit the screens in this year December as per reports. Suriya’s last movie 24, directed by Vikram Kumar was a super success at box office.