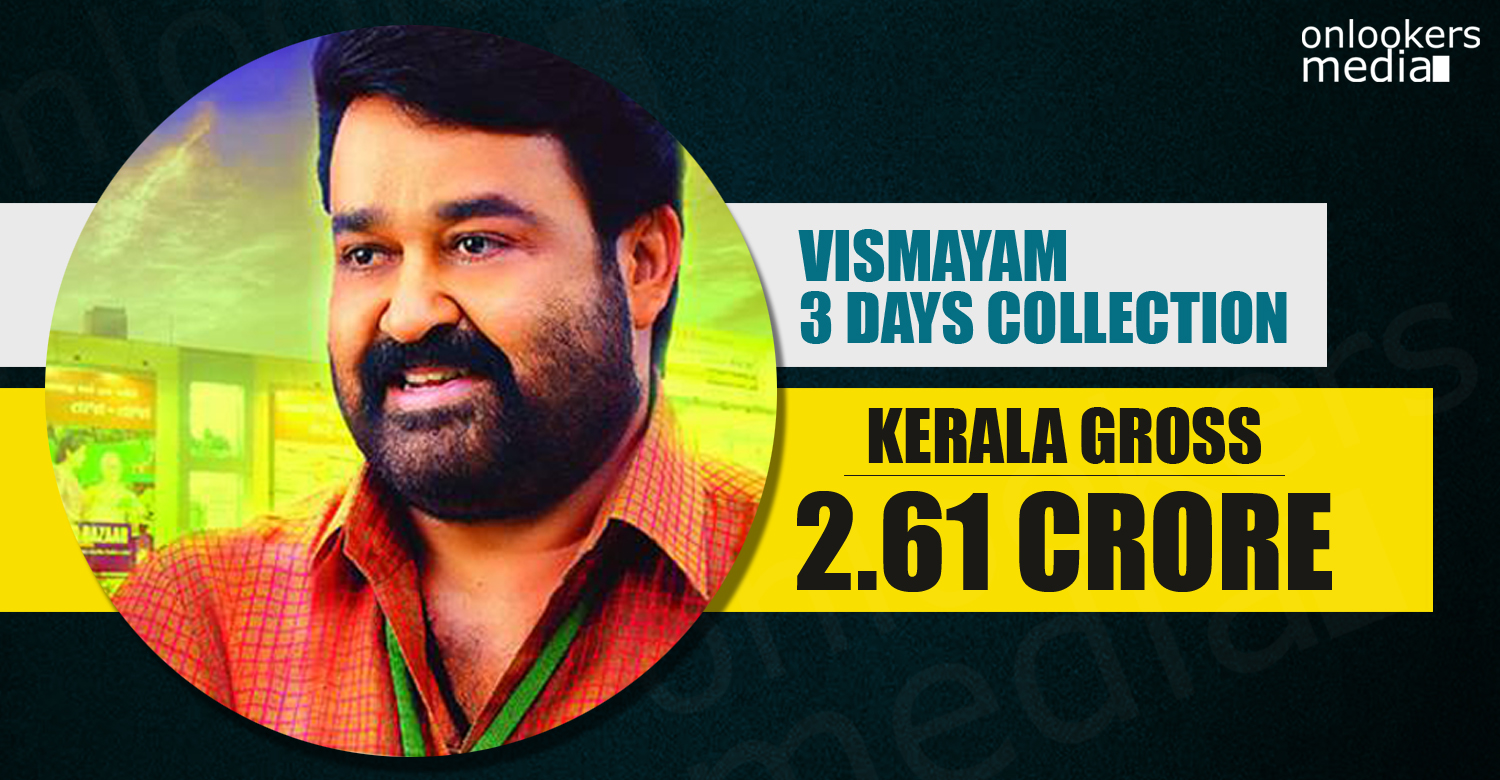 Mohanlal starrer Vismayam, which is the Malayalam version of the Telugu movie Manamantha is doing exceedingly well here. Manamantha directed and scripted by Chandra Sekhar Yeleti is the first Telugu movie of Mohanlal as hero and it has a Tamil version named Namadhu as well. The all three versions of the movie had released all over the world on the 5th of August.

All three versions are getting fantastic report from box office and from common mass. Film critics too given thumps up for this class family entertainer and people from different film industries also coming out praising the movie and the performance of Mohanlal. The Malayalam version named Vismayam is doing great here and the box office performance of the movie reflects that.

On its first day it had got around 68 lakhs and on the second day the collection increased to 90 lakhs. The third day was a Sunday and the great mouth publicity worked on that day and it had become a super Sunday for the movie. From its 3rd day, the movie had grossed 1.03 crores and the total weekend collection of the movie is now around 2.61 crores.

From Ernakulam multiplexes, the film had raked in more than 12 lakhs from its 3 day run there. The film is accepted by the family audience and number of shows and screens were increased at many centers.

Suriya’s Singam 3 already made 100 crore pre-release business ?
A super star from Mollywood tried to solve the problems between Amala Paul and AL Vijay
To Top