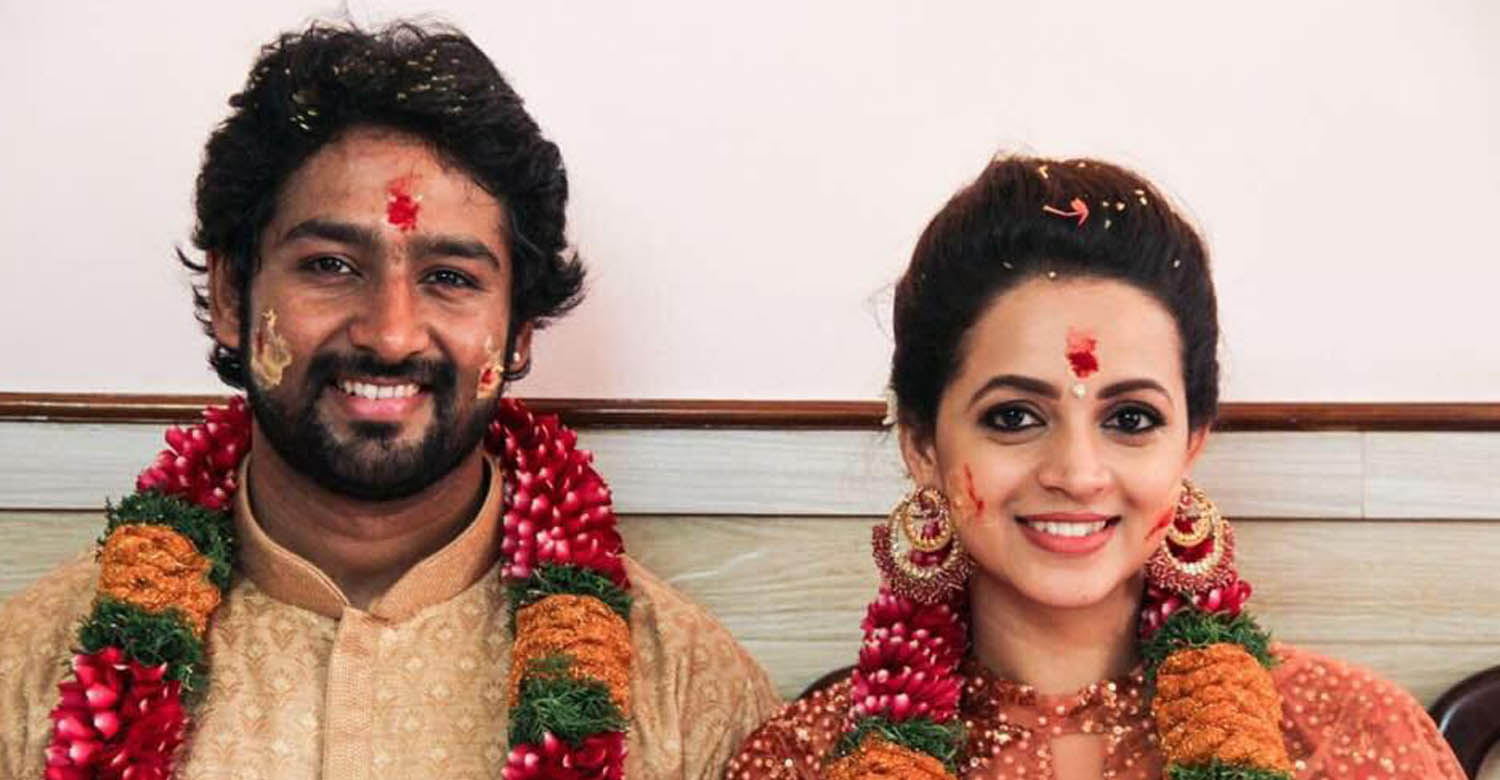 Bhavana and Naveen wish for a simple wedding

Popular South Indian actress Bhavana got engaged to Kannada producer and businessman Naveen in a simple ceremony in Thrissur on Thursday. The two exchanged the rings in the presence of close friends and family.

Celebrities including Prithviraj, Manju Warrier, Samyuktha Varma, Anoop Menon and many others wished the couple on their engagement.

Bhavana’s mother Pushpa is quoted saying to Times Of India, “Both parties want a simple wedding. It might not be easy for Naveen’s entire family to come over here so they might be attending the reception. Also, she has films to complete before planning the wedding.”

The wedding will be held at the end of this year. Bhavana is currently shooting for Prithviraj’s upcoming movie Adam Joan, which marks the debut directorial of screenwriter Jinu Abraham. Narain, Rahul Madhav and Bollywood actress Mishti Chakraborty are also part of the movie.

Bhavana’s next release will be Honey Bee 2 : Celebrations, the sequel to 2013 superhit movie Honeybee. The movie directed by Jean Paul Lal, has her reprising the role of Angel from the first part. Lal, Asif Ali, Sreenath Bhasi, Baburaj, Balu Varghese, Sreenivasan, Lena and many others are also part of the cast.

Adventures of Omanakuttan, directed by debutant Rohit is another movie waiting to hit screens. She will be seen as Asif Ali’s romantic interest in the movie.

Bhavana will also be playing the female lead in the Telugu remake of superhit Malayalam movie Charlie, where she will be reprising Parvathy Menon’s from the original.