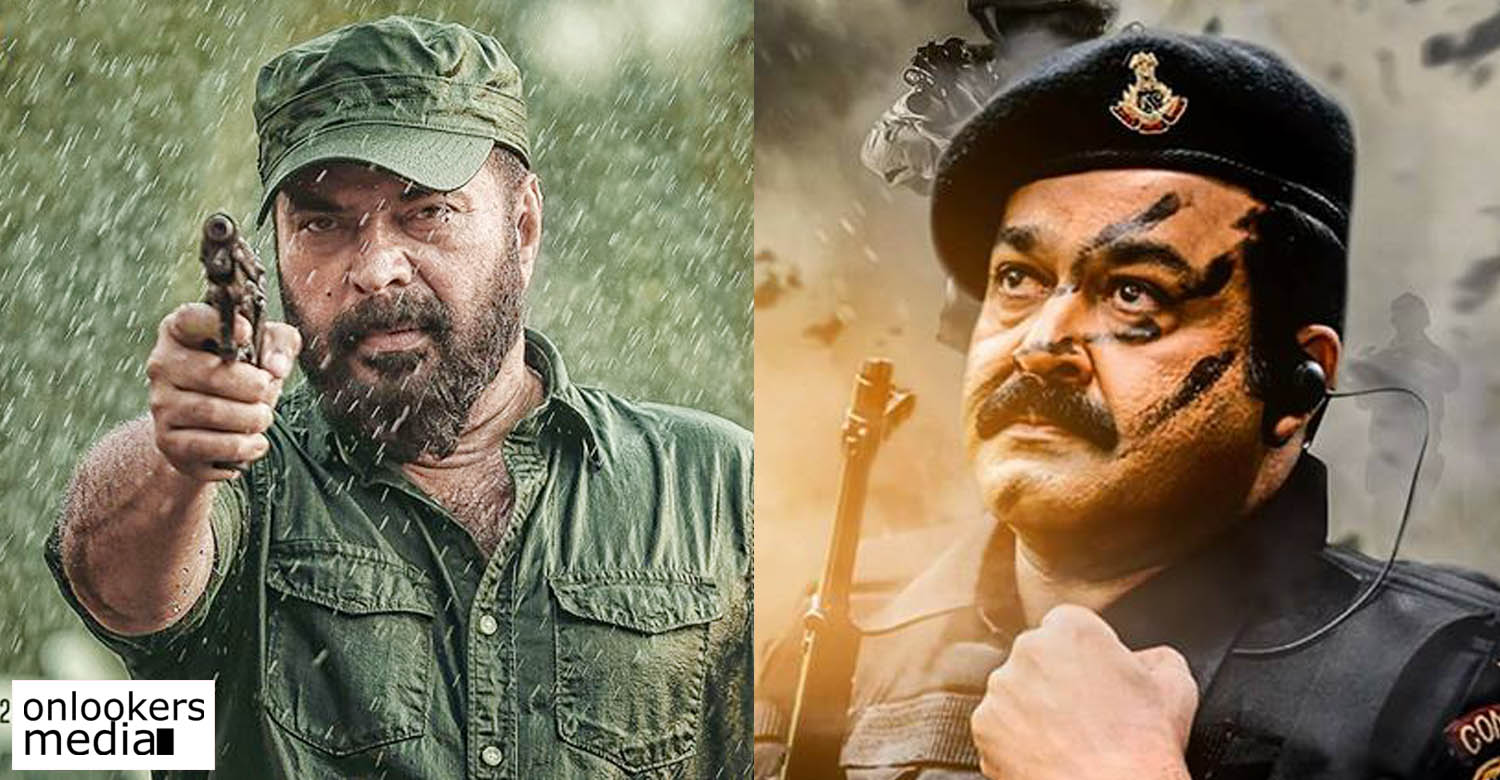 1971 Beyond Borders fails to beat The Great Father teaser record; Solid clash in the box office

The big Ms of Mollywood are all set to lock horns this summer as Mammootty’s The Great Father (TGF) and Mohanlal’s 1971 Beyond Borders is all set to release back to back with a week’s gap. While TGF is scheduled to hit screens on March 30, the Mohanlal starrer will release on April 7.

Both the movies are eagerly awaited by the superstars’ fans. The teaser for Mohanlal’s 1971 Beyond Borders was released recently but failed to match up to the impact created by the Mammootty starrer. TGF has crossed over 77 lakh views and is currently the most watched teaser in Mollywood.

Mammootty’s The Great Father teaser was released to overwhelming response in social media. It clocked millions of views in a matter of few hours but the Mohanlal starrer has only managed to clock around 15 lakh views even after a week.

Now the wait is to see which movie will have the biggest impact in the box office. TGF, directed by debutant Haneef Adeni without any doubt the most anticipated Mammootty starrer in recent years. The hype surrounding the movie is sky high and if it manages to get a positive word of mouth, TGF will most probably end up as the biggest blockbuster ever in Mammootty’s career.

1971 Beyond Borders, directed by Major Ravi is a war drama based on the 1971 war between India and Pakistan. The movie cannot boast of a great hype as Major Ravi- Mohanlal team’s last few movies like Kandahar and Karmayodha were commercial failures. But considering the fact that Mohanlal is riding on three successive 50 crore movies, 1971 Beyond Borders also have a great chance to become a massive success.

So, this summer will be an exciting season for Malayali movie lovers as the two pillars of Mollywood will be clashing at the box office again.