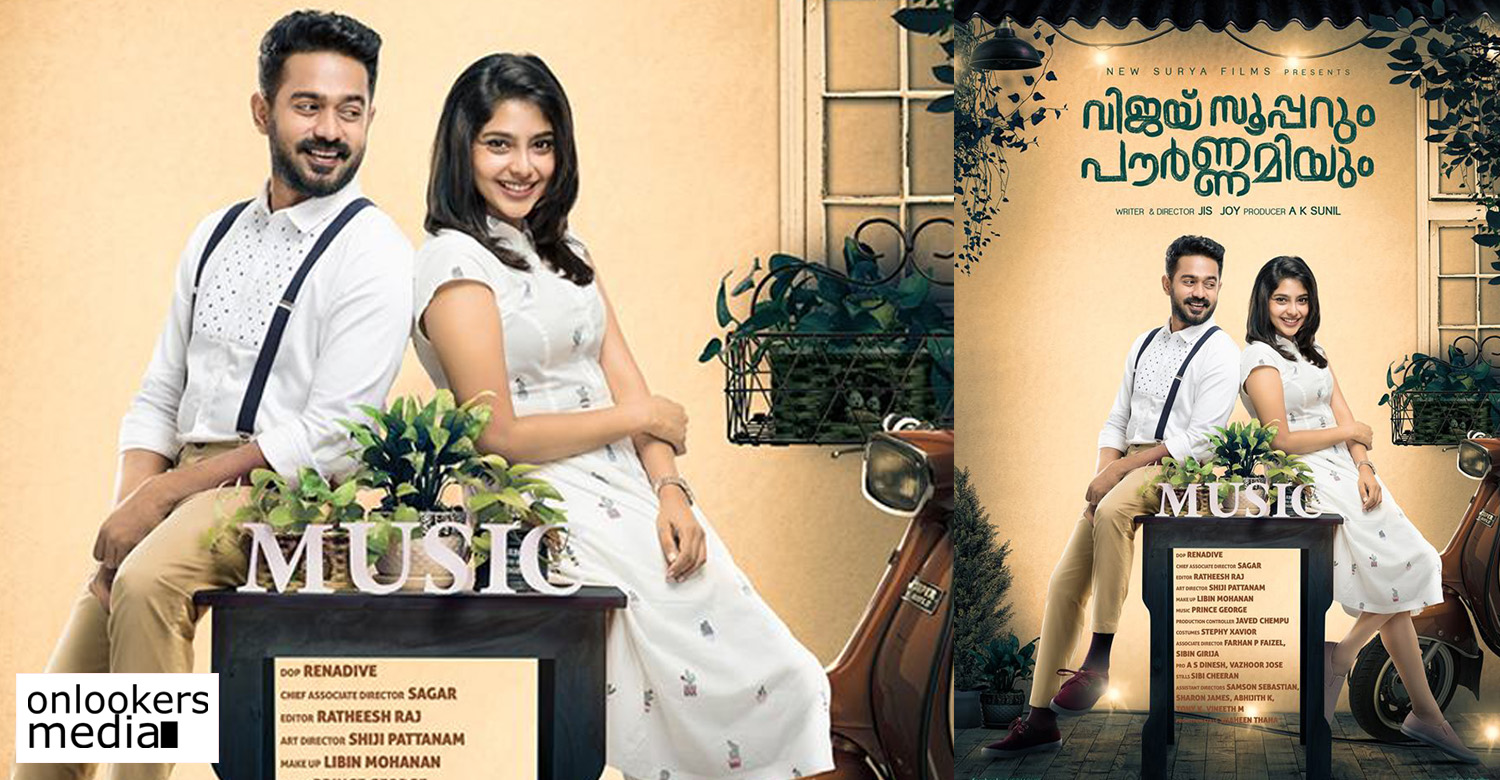 As we had reported earlier, Asif Ali and director Jis Joy are coming together once again after the superhit success of ‘Sunday Holiday’. Their upcoming movie is titled as ‘Vijay Superum Pournamiyum. Shoot for the movie was wrapped up recently and the first look poster has been released today in social medias.

Vijay Superum Pournamiyum is Asif Ali’s third film with Jis Joy after Bicycles Thieves and Sunday Holiday. This upcoming movie is touted to be a feel-good romantic flick. Aishwarya Lekshmi, who won hearts with her performance in Mayaanadhi, is paired with Asif in this movie. According to the director, Vijay Superum Pournmaiyum, unlike his earlier films, will be a socially reverent one with a strong message in it. The director himself has scripted the movie with prominence to humour, friendship, romance and family sentiments.

The movie has Asif playing an engineering graduate while Aishwarya plays his friend, Pournami, a MBA student. Asif and Aishwarya are teaming up for the first time, so their on-screen chemistry will definitely be a refreshing one. Siddique, Renji Panicker, Shanthi Krishna and KPAC Lalitha, Balu Varghese, Arjun Ashokan and Aju Varghese are also there in supporting roles.

Here’s a new poster of Mohanlal’s Odiyan!!
Antony Perumbavoor confirms the release dates of Odiyan and Lucifer
To Top