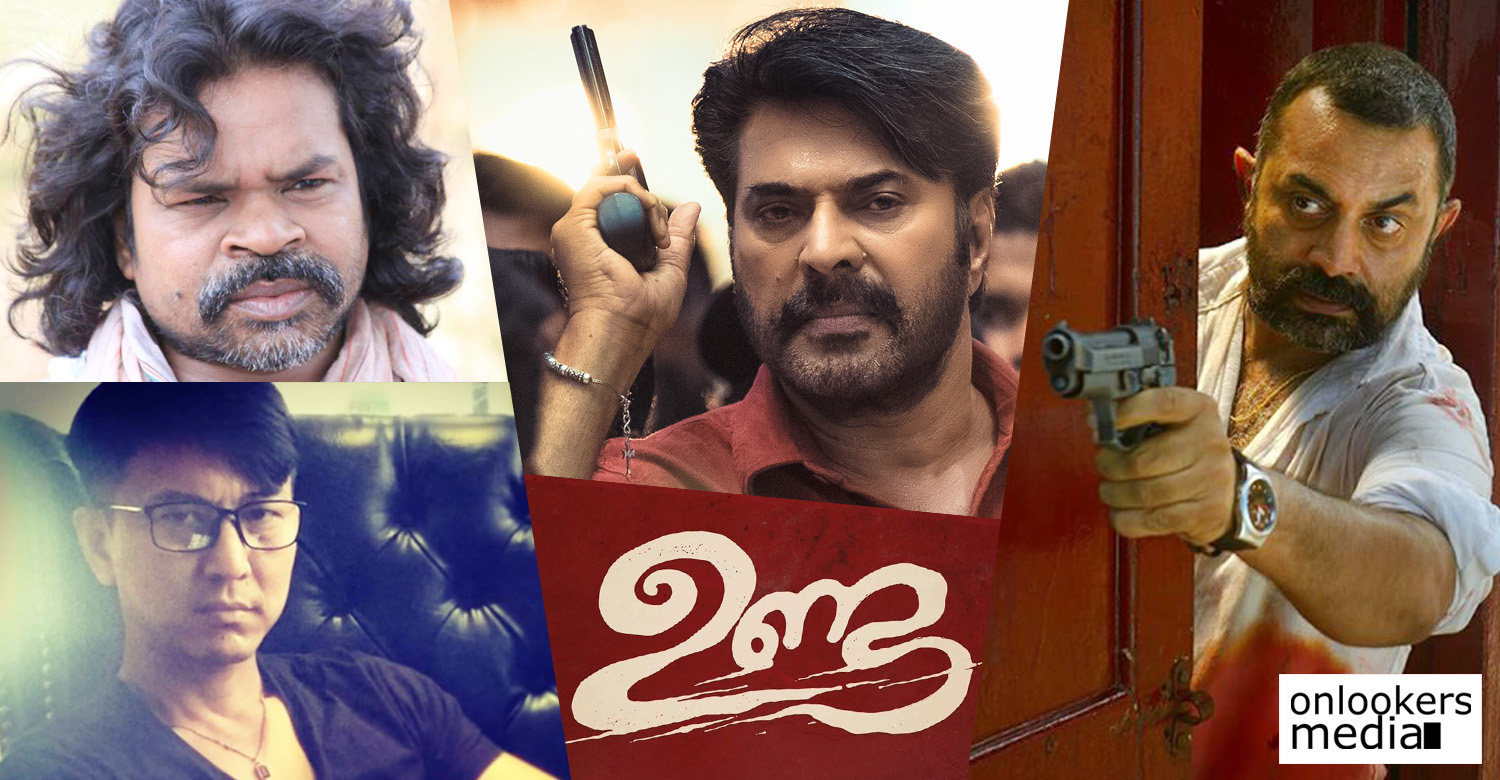 Mammootty’s next with ‘Anuraga Karikkin Vellam’ (AKV) fame Khalid Rahman is getting ready to go on floors. The movie titled as ‘Unda’ is an action-comedy entertainer. Pre-production works including casting process is in its final stages. The team is currently in Chhattisgarh, where major portions of the movie has been planned to be shot.

The story of Unda is about a police unit who are on election duty in the Naxalite prone areas in North India.
Khalid Rahman has penned the story and screenplay is by Harshad. Mammootty is playing the role of a cop in the movie. His character, Sub-inspector Mani is just like the policeman we see in our everyday life. It is said to be a fun role that is entirely different from the cop characters that Mammootty has done so far in his career.

Since major portions of the movie is set in North India, the makers have roped in a few noted actors from Bollywood. Omkar Das Manikpuri, Bhagwan Tiwari and Chien Ho Liao are some of the North Indian actors who have been cast in Unda. Omkar Das js noted for his roles in movies like Peepli Live and Newton. Bhagwan Tiwari, who has been part of films like Special 26, A Wednesday, Raees, Masaan etc, will be seen in a crucial role in Unda.

Malayali actors like Shine Tom Chacko, Jacob Gregory, Sudhi Koppa, Arjun Ashokan, Dileesh Pothan, and Alencier Ley Lopez are also part of the cast. Its technical crew includes cinematographer Gavemic U Ary of ‘Jigarthanda’ fame, music director Prashanth Pillai and stunt choreographer Sham Kaushal. Movie Mill will be presenting the movie in association with Gemini Studio. The movie is slated to go on floors by October 20 and is scheduled to hit screens in January, 2019.