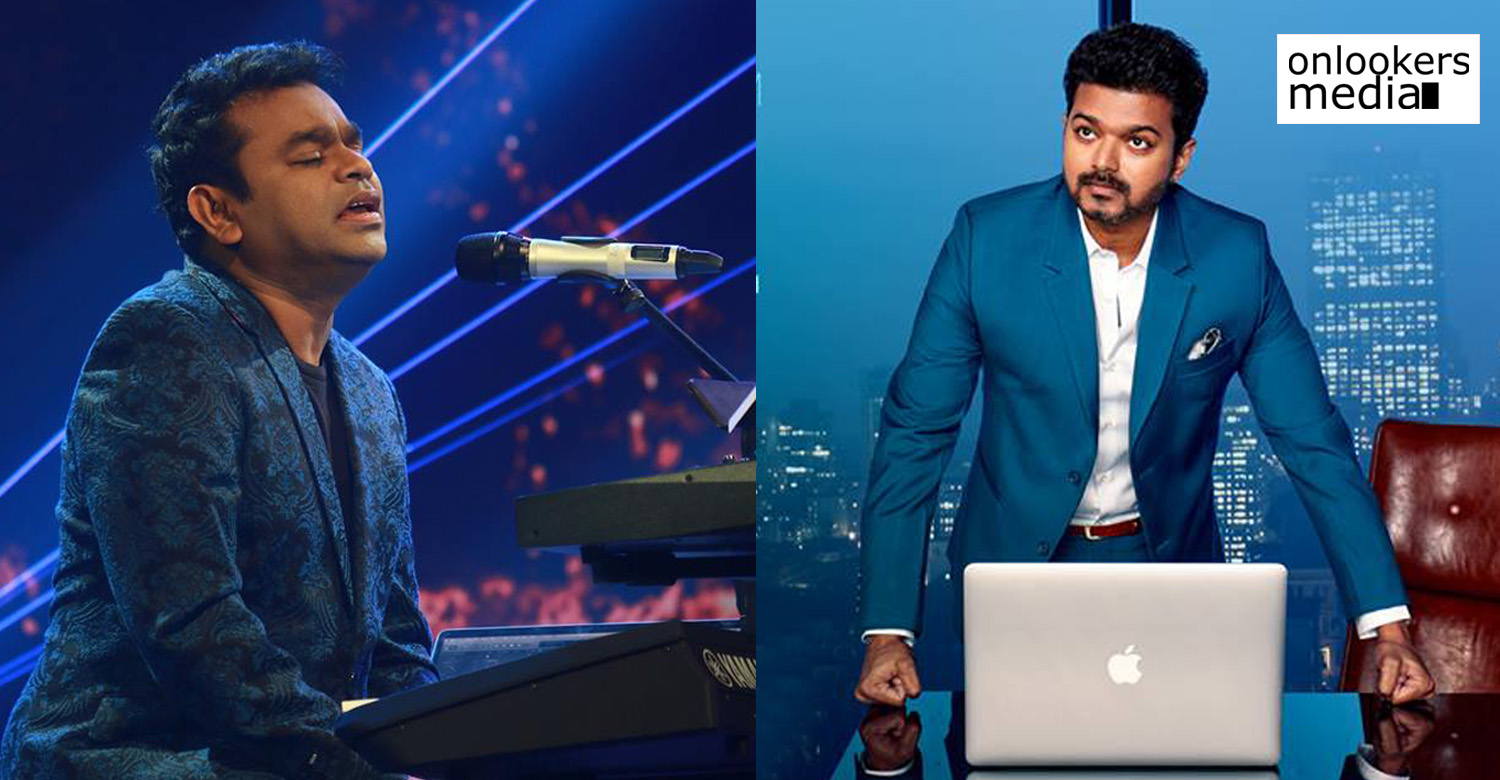 Having AR Rahman in Sarkar is like winning an Oscar: Vijay

One the biggest events of Kollywood this year – the audio launch of Sarkar was held last in a private college in Chennai. The event was a grand affair attended by all the team members of Sarkar and hundreds of Vijay fans. The event was the first of its kind where the crowd launched the audio through the Sun website. AR Rahman’s songs were also performed live in the event.

While speaking at the event, Vijay thanked AR Rahman for his his association with the film. The music album boasts of five songs – ‘Simtaangaran’, ‘Oruviral Puratchi’, ‘Toptucker’, ‘OMG Ponnu’ and ‘CEO in the House’. Except for the first two songs, all the other tracks have a western influence and AR Rahman has once again proved his versatility.

Sarkar is a political thriller that reportedly has Vijay playing a multi-millionaire techie. Circumstances force him to enter politics and that forms the movie’s crux. This AR Murugadoss directorial has massive expectations as Vijay’s previous two outings (Thupakki and Kaththi) with the director were hugely successful.

Keerthy Suresh is paired with Vijay while Varalaxmi Sarath Kumar is also there in an important character. Pala Karuppaiah, Radha Ravi, Livingston, Yogi Babu, Prem and many others are also part of the supporting cast. The movie is scheduled to hit screens worldwide for Deepavali, on November 6.