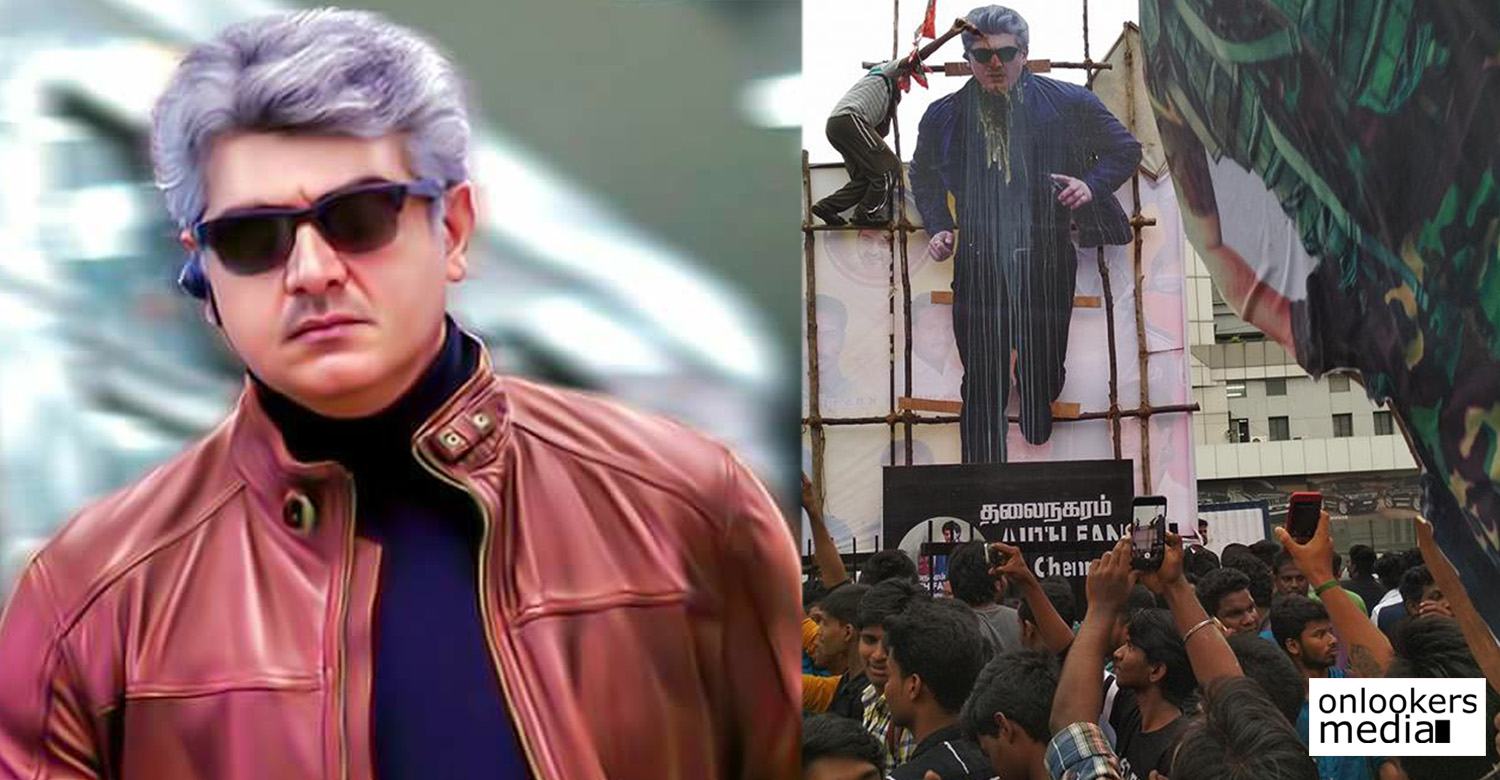 Fan craze is something that Indian audience are well known for. In the name of showing their unconstitutional love for their matinee idols, fans celebrate new releases with bursting crackers, milk ‘abhishekams’ etc. Recently, Ajith fans out of their excitement damaged a theatre’s screen in Chennai.

Ajith’s much awaited Vivegam was released on August 24 amidst tremendous expectations. Fans were excited to the core to see Ajith on big screen after two years. During the movie’s screening in the popular Rohini theatre, fans went overboard and poured milk on the screen during Ajith’s introduction scene. The screen got damaged and the movie had to be stopped halfway.

Rohini theatre’s executive director Revanth Charan publicised the news. Rohini Silver Screens is one of the most prestigious theatres in Chennai and hence it is very unfortunate that such an incident occurred there.

Vivegam is an spy thriller directed by Siruthai Siva. The movie also stars Vivek Oberoi, Akshara Haasan and Kajal Agarwal in prominent roles. Sathya Jyothi films have invested a whopping budegt of over Rs 100 crores for this ambitious movie. Reportedly, the movie has already grossed over Rs 60 from the box office worldwide.