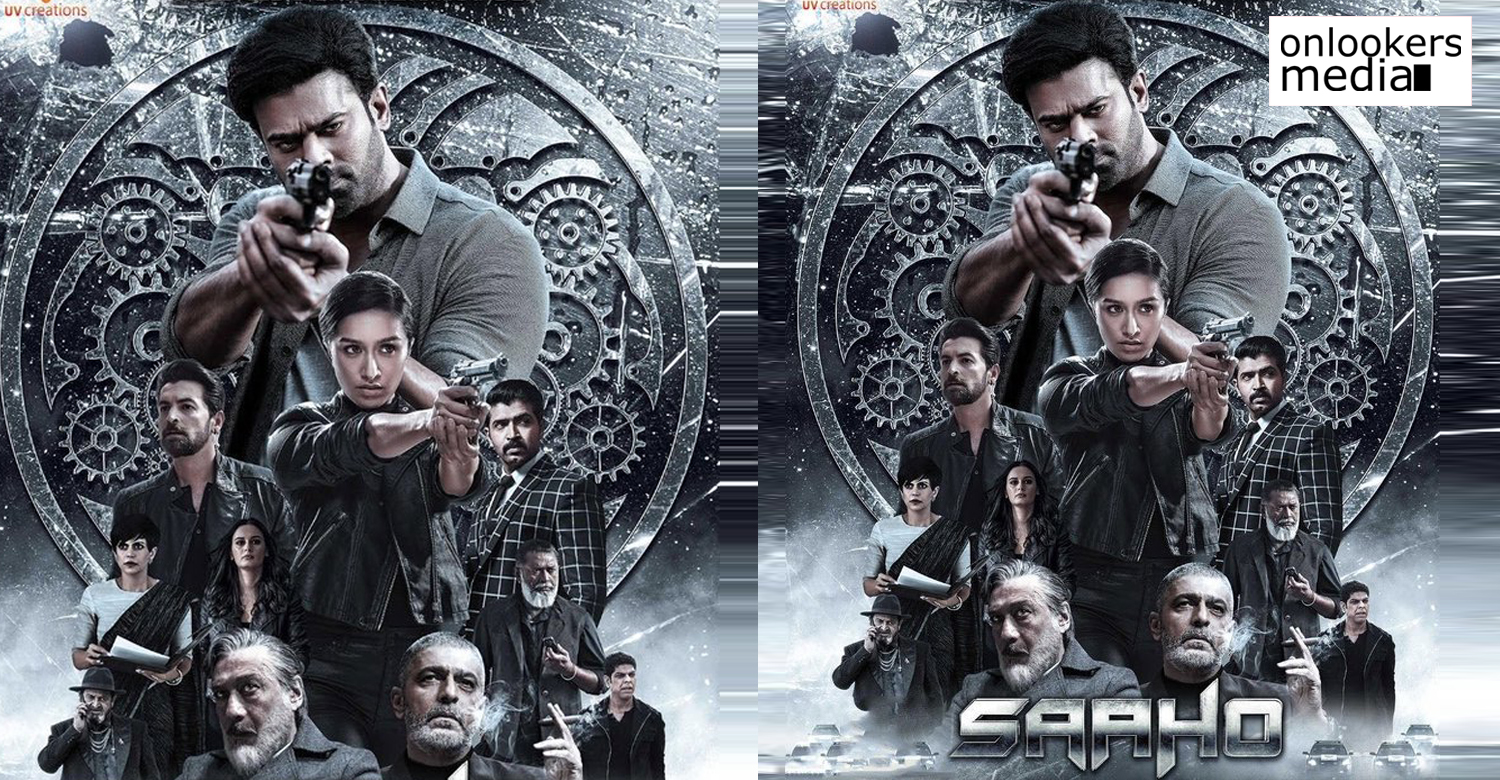 Check out this new star-studded poster of Saaho

Prabhas’ highly anticipated mega budget film ‘Saaho’ is getting ready to hit screens. The movie is scheduled to have a grand worldwide release on August 30. As the release date is closing in, the makers have been releasing character posters. The movie has actors from various Indian languages as part of its cast. A new poster featuring all the stars from the movie has just been released.

‘Saaho’ has Shradhha Kapoor paired with Prabhas. Jackie Shroff, Neil Nitin Mukesh, Chunky Pandey, Mandira Bedi, Mahesh Manjrekar, Arun Vijay, Lal, Vennela Kishore and Tinnu Anand are playing other prominent roles. The movie directed by Sujeeth is an action packed thriller made on an international scale. It is being made on a whoppping budget of Rs 300 crores. ‘Saaho’ will be releasing simultaneously in Telugu, Hindi and Tamil languages. Vamsi Krishna Reddy and Pramod Uppalapati are jointly producing it under the banner of UV Creations.