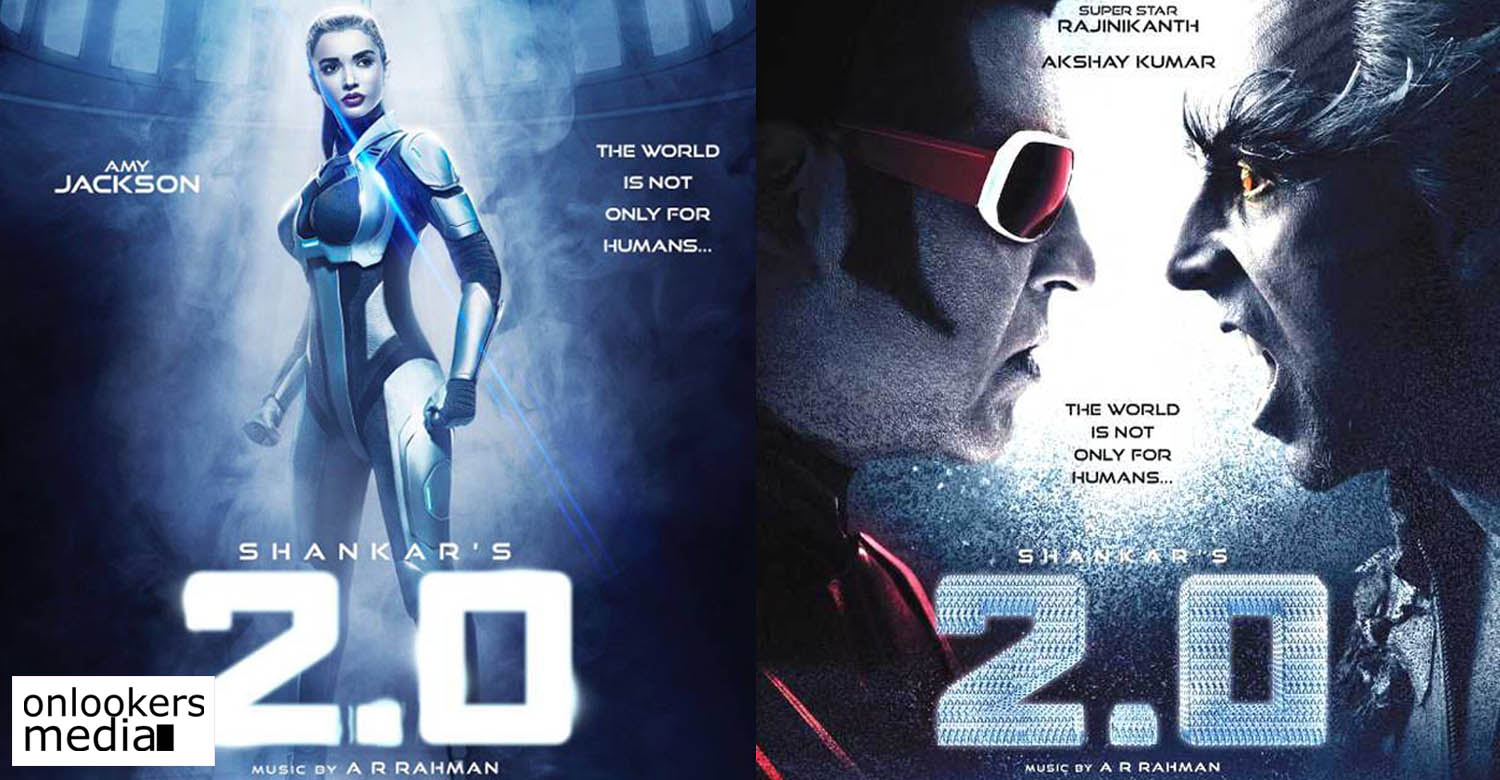 Check out Amy Jackson’s look as a robot in 2.0

2.0, the much awaited sequel to Rajinikanth’s 2010 blockbuster Enthiran is nearing its completion. The final song shoot and some patch up works are are currently going on in sets erected in Chennai. Meanwhile, the makers have released the new look of Amy Jackson, who presumably plays a robot in the movie.

2.0 marks Amy Jackson’s second outing with director Shankar after the Vikram starrer I. Amy has a very prominent role in 2.0 and will be seen throughout the movie. It will be interesting to see how the British beauty performs as a robot alongside a big star like Rajinikanth.

This upcoming sci-fi thriller features Bollywood superstar Akshay Kumar as the antagonist. Akshay is making his South Indian debut by essaying the role of a crazy scientist in 2.0. Adil Hussain, Sudhanshu Pandey, Malayali actor Kalabhavan Shajon and Riyaz Khan are also part of the cast.

2.0 is perhaps the most anticipated Indian movie in recent years. True to the hype, the movie has been doing some massive pre-release business. Shankar has scripted the movie along with noted writer Jeyamohan. Several leading technicians from the west are associated with this magnum opus.

Inspired by the success of Dangal and Baahubali 2, the makers of 2.0 are planning to release the movie in multiple languages. It is slated to hit screens worldwide in January next year.

Kandittum Kandittum: Here’s the first song from Mohanlal’s Villain
Makers of Remo and Velaikkaran announce their next with Nivin Pauly!
To Top